50 Shades Of Elitism by Samuel Caine 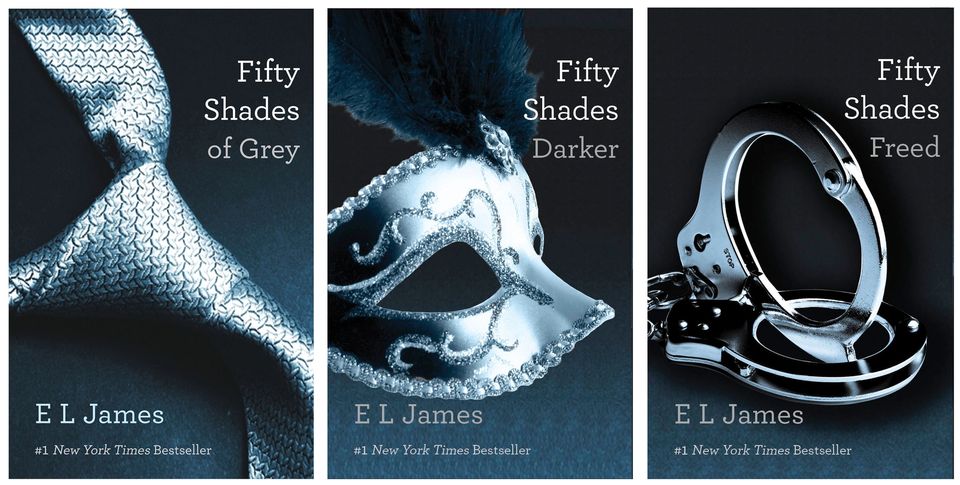 Oh, yes. This post is going exactly where you think. I’m going to talk about the much discussed 50 Shades of Grey, but I’ll confess now – I’ve not read it. This is not a critical analysis, or an endorsement of any kind. I am not defending the divisive contents of the book, which raise all sorts of issues about the glorification of consensual sexual violence, but it is a defence of sorts: it is a defence of the author and the book’s readers against the elitist demons in all of us…especially me.

Over the past few months, as the hype surrounding this book has snowballed, so too has the hatred for it and its writer, E.L. James. This distaste has escalated to the point where I’ve seen general public derided as stupid for lapping it up, and heard the entire readership dismissed (rather worryingly) as ‘stupid’. One of the things that’s bothered me most of all about this is that a large percentage of people making comments like this have been writers themselves. This is hardly a new phenomenon. I witnessed exactly the same kind of attitudes to Dan Brown’s success. In fact, I adopted the same kind of attitudes to Dan Brown’s success. I am just as guilty as the guiltiest of grumblers, and now that I’ve despatched my moral high horse to moral high horse heaven, I ask: what is it about the book that provokes our elitist demons into hysterics?

My Quality Control. I’ve heard people bemoan the poor quality of the writing again and again, only to find out that these people haven’t read the book, but they’ve heard that it’s badly written. As I said earlier: I’ve not read the book either, so I’m not defending its quality and if I had read it, there’s every chance I’d think it was rubbish. Sadly for me, my judgements of quality are only reflective of my own opinions, but regardless, this is where my elitist demons would begin to stir, but I’ll come back to that soon…

‘He asked us what our favourite work of art was’. Another complaint against the book is that it is an erotic Twilight Fan Fiction. This is quite unfortunate, because for the elitist demons of many writers, I’m sure ‘erotica’, ‘Twilight’ and ‘Fan Fiction’ are considered the Holy Trinity of artlessness. But E.L. James is not professing to be Virginia Woolf, Silvia Plath or J. K. Rowling. In interviews she’s admitted to having ‘no idea’ why people like the book, and referred to it as her ‘midlife crisis writ large’. She has been continually self-effacing about the book and its success, so why do my elitist demons still resent her?

I’m just a jealous guy. Now it’s time to be honest about the more unpleasant qualities of elitism. I can talk about how the book is shoddy and artless until I’m blue in the face, but shoddy and artless in comparison to what? If I’m really honest about this, then probably my own work, which I try to ensure is of a good quality and has artistic merits too. My elitist demons scream ‘I’m much better than E.L. James! I can use semicolons and metaphors!’

I think as writers, it is very easy to become frustrated with work we view as ‘inferior’ being awarded so much, but after considering this position for some time and attempting to exorcise my elitist demons, I am no longer convinced that it is a valid one. I’d argue that she has earned her success. Why?

It ain’t easy. She has sat down and produced three novels: that couldn’t be further away from ‘being easy’. We all know how much time, effort and dedication that amount of writing takes, and James has invested it.

The public gets what the public wants. She has found a huge audience. Whether they’re reading out of genuine interest or morbid curiosity is irrelevant. She has clearly tapped into the need of a large amount of people and that is an achievement in its own right.

Relight my fire. However, I think there is an even more important reason why as writers, we should try and contain elitism: in an age where an increasingly common response to the question ‘what’s your favourite book?’ is ‘dont read lol’, James has inspired a colossal amount of people to pick one up. She has proven to the world that books still have the power to shock, intrigue and entertain enormous audiences, and done so without a literary agent or publisher. Regardless of whether we admire her style, we should admire what she has done, and be grateful that she has reignited such an appetite for literature.

Oh, and if you worked out all the songs referenced in the subheadings, well done!