Quick Question: When Should I Talk About Writers’ Rates? 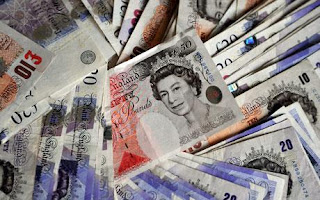 Two people have emailed recently, saying they’re working with producers but aren’t sure when to ask about writers’ rates.

Being British, money is a taboo subject area – and some producers may exploit this with writers, so may NEVER bring it up if you don’t, though it’s not fair to say all will. Just be aware of this.

YOU need to decide how you want to handle the money stuff. Some writers never want to say anything *in case* it puts the producer off – but if a producer is so quick to drop you, s/he will anyway. So my advice would be thus:

– Check out the rates on the WGGB site

– Talk to the producer face to face if you can (telephone’s better if not, rather than email) and iron out a deal

– Join the WGGB if you can, they have a contract vetting service (if you get one)

The producer may say he has no money. Temper this with knowledge about him/his company. Is it *worth* working for free for a deal later/for the contact-relationship – or is he taking the Mick? If the latter, walk away: this is not a real opportunity.

If you are collaborating, DO agree from the offset who does what and by when and agree what is expected of everyone, not just you, the writer. Can’t say fairer than that.