Many thanks to Hina for a VERY honest post on what NOT to do when pitching… Enjoy! 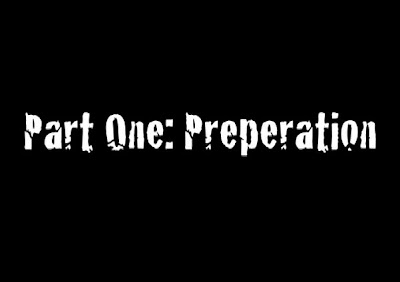 Why the obvious topic? I’m gonna tell you a story about an enthusiastic writer who had all the ideas in the world, but only one of them written. That idiot was me.

2010, and it was the London Screenwriters’ Festival. It was a fantastic experience. I learnt a lot… which is the worst thing that can happen. Don’t know about you, but for me a ‘learning experience’ is geek speak for “I wasted an opportunity because I didn’t know any better, so shoot me now and keep my DVD collection”…

… So, I signed myself up for the pitching sessions, which are a brilliant opportunity… for people who are prepared. I turned up, cocky, not fussed about preparation. I pitched to a production company, an established agent and an indie prodco. The problem was I had one completed short script, of the horror-thriller genre. My other stuff was all ‘in the works’ and far from ready. The first draft of that stuff was yet to grace the painfully blank pages of Final Draft.

And so it began, with us writers cooped up in a room, most of them waited awkwardly and others anxiously. I was relaxed, not a care in the world (you see, ignorance really is bliss). It came to my first pitch and it was a relatively big production company whose focus was features: Hollywood level features. I had nothing, but instead of staring blankly and “umming”, I kept my cool and played it by ear… Then a script idea I had conceived a while back (but was yet to actually write) sprung to mind. I pitched it, the prodco seemed unsure initially, but I sold it well enough for the prodco-man to give me his email address and request to read my material. I was elated. Absolutely smug.

Then came pitch number two, the TV agent. I stalled for a beat then pitched some ridiculous procedural which was a mash up of a medical drama and a cop show I had watched, and frankly, I was improvising badly, yet once again, my confidence got me a request to read my material. Score.

For my third pitch, confidence and creativity just wasn’t enough, nor was smiling the appropriate amount so not to frighten or freak out the other person (really, you’d be surprised how easily you can over-smile). I came clean and told her I had nothing. So instead, she kindly gave me feedback on the idea of my short and what kinds of things I should consider when pitching it. As her team dealt with documentaries and not horror-thrillers, I was out of luck.

As I emerged from the pitching room, it began to occur to me that maybe, just MAYBE, the read-requests weren’t so great for me, what with my TOTAL LACK OF PREPARATION.

I submitted a terrible, horrible, embarrassment-to-writers kind of script, with underdeveloped characters and ridiculously contrived plot. A great idea that was poorly executed. And for what? All in the name of sending it off to a prodco who would inevitably reject it. But me being me, I sent it anyway.

For obvious reasons, the script was rejected. As for the TV agent, I didn’t have the pilot script of the amazing show I had pitched to send: another wasted opportunity.

There are two words I hate the most in life and I was thinking them constantly at this point:

‘If only I had been prepared, IF ONLY’.

Being a writer, I expect you want to have material that is decent and ready to show to agents, and submit to Prodcos. You may even want to have scripts ready for competition season (April), that’s why in our career more than any other preparation is the KEY. Preparation is VITAL to getting anywhere in your career as a writer.

‘That’s a nice speech, but what are you going to do about it?’ -Anon.

Have those drafts tweaked and ready for submission, have your pitches thoroughly practiced and know your projects inside out. So that when the moment comes, you play your cards right, you wow that company or agent and they recognise the talent as it emanates from your script. Our entire career is one big preparation. There is no such thing as the perfect script. There never will be. There is only ‘I am happy with this draft.’ That is all that exists in the form of closure in our world.

‘He who fails to prepare, prepares to fail.’ Remember this. Engrave it onto your forehead backwards so you see it whenever you look in the mirror…or not (if you do, I want pics).

My point is, preparation can save a lot of writers from wasting opportunities. In our line of work opportunities are hard to come by and opportunities that could actually pan out are an even rarer occurrence. I kick myself whenever I think of that ruined opportunity, who knows where I’d be if I had been prepared. Now, cross this page off and WRITE, so when opportunity knocks, you let it in and rock its world.
———————
ABOUT HINA: Hina’s short supernatural horror script, titled ‘The Unfamiliar’ will be shot this summer in the US. She is also penning a feature film with a female protagonist that turns the heist genre on its head, along with two television pilots in the works and a novel in development. You can read her blog here and find her on Twitter as Dodgyjammer.

previousThe Trouble With Taglines
nextHow Do I Make New Contacts?