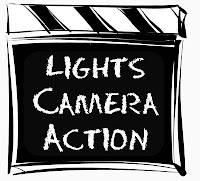 Carrying on from yesterday’s post about genre, locations and characters in the low budget screenplay, here are some other factors you may want to consider when planning out and writing your low budget masterpiece. Enjoy!

Star Appeal. Great writing attracts great actors – and of course NAMES attract sales agents. Think of the Names you would like to target with your hot script… Can you write a role with them in mind (why not – if that Talent attaches, it may gain you a Director or Producer, plenty of films have done it that way round)? So… What is your dream actor known for? Will this appeal on that basis? Turning this notion on its head, would YOUR script be a change of direction for them? If for example you’re filming in the UK, can you attract an American or European actor – and thus American or European interest/money? Of course, you may WANT to use a cast of Unknowns – and if you’re not making a genre film, this can work particularly well; if you ARE however, what is the “hook” for the audience if it’s *not* “Oh it’s him/her out of that thing in this movie!” (And we ALL do it). Be aware: whilst some do cross over very successfully to features – I’m thinking Adele Silva here in particular – soap actors are not necessarily *enough* to get a distribution deal on their own, especially if their series is not “big” outside the UK.

SO: Make your script shine and the Names will come knocking – actors actively WANT challenging, interesting parts to play over crossing their fingers and thinking of the rent money. But DON’T cast Names “for the sake of it” – you MUST believe, 100%, that actor is the RIGHT WO/MAN FOR THE JOB. If you can’t attract Names, then don’t panic, but DO make sure you have access to the best talent available… NEVER, EVER “make do”.

Health & Safety. It’s obvious that things like stunt work, choreographed fights, explosions, fire, flood etc will all ratchet up your budget. However, did you know supposedly “small” actions like quickly running up and down stairs will, too? Basically any producer is obliged to perform a risk assessment, ie. the LIKELIHOOD of whether an actor – or crew!!! – will hurt themselves. The higher the risk, the higher the budget. Simples.

SO: If there is action in your low budget screenplay, think about how it plays out and where it is. Choreographed fights obviously carry some risk, but if the fight is on level ground, away from hazardous areas, overseen by a proper Stunt Choreographer, then the risk is minimal. Place the same fight in a moving car or on a flight of stairs and it’s a different story. Similar with weaponry: do you NEED close ups of a weapon? If not, instead of using a knife, perhaps you could use a piece of wood or just the handle of the knife with no blade.

Actors’ Ages/Animals. Children MUST be paid, chaperoned and can only work certain hours of the day, dependant on the council’s policy where you’re shooting. Animals must be accompanied by their wranglers and are subject to similar rules.

SO: Both can represent a massive headache to the low budget screenplay and are best avoided if you want a clear shot at being labelled “low budget”. However there are various compromises: teenagers over 18 often look younger, yet are subject to the same rules as adults – use them instead. Animals are more difficult to compromise over, but perhaps you could use your own dog or iguana? Basically: think what you have access to!

Props/Set Dressing. Specially made or hard-to-find props can be expensive, especially when you consider The Art Dept will probably need multiples in case one gets broken. Set Dressing can be expensive if you’re using one room to look like different places, but is A LOT cheaper than building multiple sets, plus there are many ways of sourcing items to make rooms look different. New curtains, different pictures on the wall, throws on the chairs, etc make a world of difference – as does shooting from different angles. Friends of mine swear by pound shops, charity shops and eBay, but the key is compromise: don’t write something the story would fall apart over if it can’t be found.

SO: Remember filmmakers may not find everything needed and may need to make substitutes – so try to deal with this in advance by ensuring the story does not depend on any single item in the script.

Costuming/Make Up. People immediately think “period drama = high budget” but it doesn’t have to if you think outside the box. There are many musuems and historical societies that are very open to the idea of collaborating with filmmakers if they get credited in the final film, sometimes for free. Similarly, many costumes can be pieced together raiding charity shops. You will more than likely need a professional Make Up artist who will need supplies for his/her kit, but again eBay can come to the rescue there and I’ve even known filmmakers to barter: on one student film I worked on, a producer even said she’d look after one theatre supplier’s kid for the afternoon if she gave her a vat of fake blood! in terms of cutting down a Make Up artist’s time, actors can also put their OWN “normal” make up on, allowing the Make Up Artist to concentrate on more pressing matters like fake flesh wounds, broken teeth, scabs or Zombie and Vampire faces. The key when WRITING then is where you place them a) in the story and b) where it would “need” to be filmed. A selection of Zombies in a corridor? Probably going to work on a low budget. A selection of Zombies in the middle of the town square? Uh-oh.

SO: In writing the script, remember that pesky context again.

Genre convention/classification.Aka knowing your audience. A well-received film is one that KNOWS its audience and has given them enough of what they expected, without forgetting to SURPRISE them as well.

So … what are you waiting for?