Girls On Film – A Few Thoughts So Far 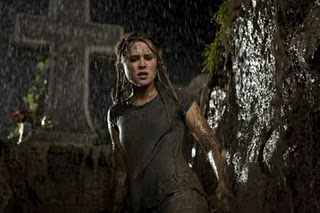 LSF’s Girls On Film Initiative has been running a few weeks now. We’ve been off to a steady and pleasing start, with 5 scripts put through for a full read so far (though the reading is ongoing remember, so anyone with a script “in the system” who hasn’t heard yet DO NOT FREAK OUT).

Here’s a few thoughts on what’s been going on so far:

Drama versus Genre. Several writers have not appeared to know the difference between drama and genre. It was GoF’s “bad” in one sense not flagging up on the first page that we do NOT want drama features (though it is listed on the FAQ)… which writers are NOT checking (see next). However, lesson learnt by Team GoF: the fact we do NOT want drama is now flagged up right from the offset on page one of the GoF site now AND articles have been blogged/linked to to leave writers in no doubt what we are looking for when we say “genre”.

Get your FAQs right. It’s been quite surprising how few writers check the Frequently Asked Questions section. As a result, I’ve had a deluge of questions about things already listed. Similarly, I’ve had many submissions that aren’t even VAGUELY right for GoF, including several 60 page TV pilots, two features that were MUCH shorter than the required length, one sitcom (!), a couple that weren’t in English AND THREE SCRIPTS WITH MALE LEADS (both protag and antag). Please always make sure you familiarise yourself with regulations and submission guidelines, not just for GoF, but ALL scriptwriting opportunities.

Protagonist and/or Antagonist introduction. Most scripts have worked very hard on their hooks in the first ten pages, which is obviously good in terms of genre, BUT many have done this at the expense of character introduction. In other words, the reader is not sure who the protagonist OR antagonist is and since many of the scripts have featured men in the first instance, we’ve been left wondering who the “girls on film” are in various stories or seen them VERY late – page 6 or 7 or even beyond. Read about character introduction HERE and openers HERE.

Genre confusion. Interestingly, some writers have labelled their scripts as one genre, when it’s been apparent to the reader it is a different genre altogether. Typically, what’s happened is the writer is so keen to introduce his/her characters, in the first instance the script feels like a DRAMA, even if it’s supposed to be genre fare “later”. This happens the most with those scripts labelled Horror, Comedy and Thriller.

Mislabelling genre. Writers it would seem will do ANYTHING rather than label their spec the “normal” way! Thriller appears to be the main offender: we’ve had all sorts in its place, including “supernatural ghost story”, “chase mystery” and my personal favourite, “splatterpunk action”. Science Fiction brings up the rear, with the intriguing “alternate reality action”. I can see why writers are anxious to “re-label genre” as it might seem cool and new, but think instead what the INDUSTRY does: they tend to stay with the same kind of labels (even for sub and cross genres), year in, year out. 9/10 I’d wager it’s probably a good idea to try and aim for one ALREADY in existence.

Format. Format has mostly been okay, with just two in Arial. That said, there are still some weird variations creeping through, including a couple with pictures and maps. The three biggest offenders are underlining and bold. Underlining (especially of scene headings) doesn’t bother me too much, but an excess of bold really does my swede in. It really does make the reader’s eyes go funny. Why bother? If you’re so worried the reader won’t realise one scene has ended and another has begun, ask instead what you can do to make it more obvious in the story, rather than reach for that bold icon in your toolbox. Here’s a full run-down of format issues seen in the spec pile and what you can do about them.

Loglines. I do the first sift and loglines have generally not been good, even those accompanying scripts that have gone on to get a full read. Of course, I’m a hard taskmaster, but then ALL industry people are – or should be. A logline is like the “first impression” of one’s story, it’s very often the first port of call in selling your script “off the page”. It really can mean the difference, beyond initiatives like GoF, of an agent or producer picking your script up – OR NOT. Yet I rarely see the same care lavished on a logline as I do a screenplay. This seems madness.

Here are the common problems with the loglines I’ve been seeing at GoF:

– Not DRAMATIC enough. A good genre script should be high stakes, BIG, dramatic… Yet the loglines in circulation here at GoF (and incidentally, at the many other initiatives, schemes and contests I’ve read for) are usually damp squibs. Think about the vocabulary you’re using in the first instance. What does it say about your story REALLY?

– Unclear genre. We’re selling GENRE here… so why not give us a flavour of the story of the script? A comedy script – why not be funny? A Horror or Thriller – why not try and be scary or thrilling? Or if you feel you can’t do that, why not give us a *sense* of what we’re dealing with some other way? You can do anything.

– Unclear Story. Often a writer goes round the houses and appears to go out of his/her way to NOT describe the story they’re trying to “sell off the page”… Why attempt to do yourself out of a read? The most issue with this is going on about character motivation or emotional issues, rather than describing an actual plot.

– Questions, Questions! Argh the dreaded questions… In other words, rather than describe the plot, the writer asks questions instead, ie. “Will Kate kill Tom? Will she escape into the night? And who is the mysterious stranger who has been tracking her every move?” NO PLEASE DON’T!

– Too much detail. Some writers put extraneous details in loglines – names, places, whatever – unless it’s strictly necessary, CUT CUT CUT. We haven’t read the script yet. Far better to nail it in terms of the overarching story, than the detail, make us WANT to read your ten pages!

– It’s Too Rushed! You’ve just written a whacking great screenplay… and you’re rushing the logline? REALLY? And don’t think readers can’t tell… ‘COS WE CAN! The logline is one of the most of important selling items you have… It can get you through doors. So don’t undersell yourself or your screenplay – far better to take a little extra time on your logline. Why not get some peer feedback on it?

Good luck with your submissions! Don’t forget The Required Reading List has loads of articles by different authors on all things screenwriting and script-reading related and more that can help you with your GoF script.

1 thought on “Girls On Film – A Few Thoughts So Far”

previousWhat Is Drama? A Definition For Your Screenplay
nextHalf Baked Ideas