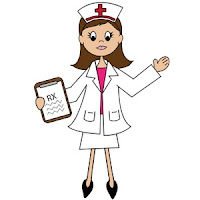 I get that writers work very hard to differentiate their characters in relation to one another within their ACTUAL SCRIPTS. So when a writer gets the head-scratching note “differentiate characters more”, I can empathise with their confusion. After all, they’ve already done that… Right???

You see, script readers see certain characters OVER AND OVER AGAIN, regardless of who has written them, what genre script they’re in or what format, TV, movie, radio. Really. I’m not even talking about stereotypes or so-called “stock characters” either: those familiar characters even laypeople might notice (ie. the “tart with the heart”, the depressed mother, etc. And yes, it *is* more frequently the female characters that get stereotyped like this).

We all have perceptions of what “certain people” are like, especially “certain people in certain jobs”. It’s not even prejudice half the time, just plain wrong. For example: a friend of mine’s husband is a sheet metal worker. I have no idea what this is really. In my mind, he goes to work with a large hammer and hits a a massive piece of corrugated iron all day. I know for a fact this isn’t true and he’s even tried to explain that he is involved with the manufacture of cooling units for air conditioners for large buildings. But nope: my treacherous mind’s eye insists he’s hitting that big sheet of metal with a hammer instead. I guess I can just visualise it better!

Of course, sometimes we have to sacrifice facts for drama. This is why in scripts nurses might give injections with abandon or cops might beat up suspects whenever they feel like it. I get that. What’s surprising though is how many writers write said nurses or cops into their scripts the SAME WAY. Nurses are frequently ANGELS OF DEATH or SCAPEGOATS. Cops are good or bad with little room for the middle ground. In short, it simply gets a little dull – hence the “differentiate characters more” note.

Yet what about thinking about the character’s PERSONALITY more than their job? After all, we are all more than what we do; we are not defined by it. What KIND OF PERSON is this – and has it impacted on WHY they’ve chosen that job? Or maybe they couldn’t think of anything else? Or perhaps they’re following a beloved relative on the same career path? All of these things are the tip of the iceberg and can literally break open your character, without the need for long monologues or confessions.

Let’s go back to the notion of the nurse character: nearly always a female character – occasionally a gay man – the nurse I see in specs usually breaks down like this:

– She hovers in the background
– is usually down-trodden in some way
– she’s quiet and resentful; or quiet and heartbroken

This appears to be how the average writer “sees” nurses according to the specs I see with this character in. Female, put-upon, just waiting to be exploited or to have her revenge! Yikes.

Now let me think of the nurses I know in real life – there are two in my immediate family, in fact – and the ones I have met on my own various medical adventures…

We need characters to have a MOTIVATION that drives them… A REASON they have been brought to life by the writer. Now of course they have to earn their place in the narrative and everything they do (or don’t do) must play its part in the story. That’s a given. Beyond that however, you’re home free… So why write the same character everyone else is writing?? 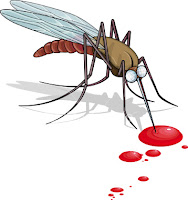 Let me illustrate. When I was 21, I got beaten by a mosquito or similar on my ankle. I scratched it and drew blood, bad Lucy. Then I left it. Even naughtier. It was the height of summer but everything was OK more or less.

Then randomly, the then-three year old Male Spawn stabbed me in the ankle with a green marker pen when he was colouring.

It was very painful, ‘cos he got me right in the bite. I told him off, splashed some water on it and a waterproof plaster… and you guessed it, left it again. Cue two days later and I’ve got a pus-filled nightmare on my ankle the size of a GOLF BALL. OUCH!!!

So I hobbled off to the doc’s to see the practice nurse who told me off with much gusto and then proceeded to tell me this: she became a nurse purely to deal with cases like mine.

That’s right. This nurse told me she LOVED PUS. Her idea of a good day’s work was lancing boils, cleaning pus-filled wounds and basically dealing with anything in this ick-related area. Yes, she wanted to help people blah-blah-blah (and anyone who has ever had a wound or boil go bad will say it’s a BIG HELP to get rid) but ultimately she didn’t really care, as long as she got some great action. A BAD DAY WAS A DAY WITHOUT PUS, as far as she was concerned. That was her motivation.

So what is your character’s motivation? It doesn’t have to be as mad as that nurse’s – real life is always stranger than fiction I reckon – but it DOES have to be different to all the others in the spec pile. So next time you need to write a character, think of the people you’ve met in real life *like* that character… What can you use?

3 thoughts on “Your Character’s Motivation”

previousHollywood: Mighty Machine
nextGiving Them What They Want Without Selling Out