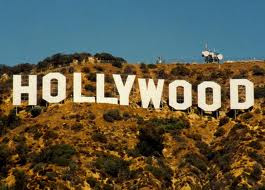 It’s very fashionable at the moment to denigrate Hollywood movies. And as screenwriters, it’s not difficult to see why this has occurred. Hollywood is a gigantic machine with a HUGE output, so liken it to a sausage factory and really, you’re not far wrong.

Yet the difference between Hollywood movies and indie output, apart from sheer volume, is not really that big: Hollywood has many, many misfires – those films no one would touch with a barge pole. Yet their hits are SO big, this distracts us even as filmmakers. After all: who *really* cares if no one went to watch Disney’s $175m flop Mars Needs Moms when everyone in the known universe is buzzing about Paramount’s $170m Hugo? (Wow, $175m?? Oh yeah… the budgets. That’s a HUGE difference. Anyway).

It’s easy to feel angry with Hollywood. It often feels as if it literally sells the fans out. PREDATORS had a “twist” in it so mind-numbingly obvious that any fan of the franchise, never mind a script editor, could have fixed it in a weekend. Yet it was still paraded in front of us as a supposedly tantalisingly morsel for the resolution. Even worse, its female character, a supposed assassin capable of taking part of Black Ops, walked straight into it through… compassion??? Sorry WHAT? Talk about pissing off the Fanboyz and the entire female population of the audience (never mind just the FanGrrrlz) in one fell swoop.

There’s an endless array of remakes and reboots that frustrate even the most hardened fan of any franchise as what was good about it is diluted, over and over again so the films become almost unrecognisable *cough* MIMIC 3 *cough*. Then of course there are the Hollywood filmmakers who just won’t leave their OWN franchises alone, repackaging with new technology (I’m looking at you, George Lucas) or relaunching ancient characters with leading actors in their 60s (yeah, George Lucas again).

There’s also incestuous casting, where the actor or actress of the moment is cast in everything going, over and over until we’re sick of the sight of them, no matter the genre, how good the actor’s performance or even how good the film is.

And then of course, so often story is MISSING ALTOGETHER – and no filmmaker gets this levvied at them, rightly, as much as Michael Bay. It’s almost as if he says, “Script? Don’t worry about it… HAVE THIS BIG FUCK-OFF EXPLOSION INSTEAD.”

So, it’s easy to see why scriptwriters and filmmakers despair of Hollywood, telling their peers and their students Hollywood is gigantic sausage factory. They tell their peers and students to ignore Hollywood, that story is king/queen and that we MUST HAVE MORE INTEGRITY than that gigantic machine that churns out movies.

Except… I love Hollywood movies.

I think there’s a LOT to be learnt from Hollywood. Like:

Story might be king/queen, but spectacle comes a close second. Michael Bay, whether you like him or not, has a career for a reason: he is the KING of spectacle. And AUDIENCES LIKE SPECTACLE. Even us screenwriters and filmmakers. It’s impressive to see something like the tilted set in TRANSFORMERS 3: DARK SIDE OF THE MOON. Laypeople in the audience might be thinking, “Ooooooh no, Shia and his friends are going to fall out the window!” They’re getting involved. OK I wasn’t – I found the lack of storyline dull TBH – but I tell you what I WAS doing: I was thinking, “Blimey, I wonder what kind of organisation and Health & Safety protocols and whatnot went into that scene? I wonder how long it took? I wonder if any stuntpeople hurt themselves?” I was involved too – just in a different way. I was impressed too – just in a different way.

Hollywood *can* create something out of nothing. We hear loads about Hollywood starting productions without finished scripts, two of the most famous ALIEN 3 and JURASSIC PARK 3. Just recently MEN IN BLACK 3 joined the list apparently (seeing a trend here?). We can wring our hands and say how terrible it is the script is undervalued like this, or (regardless of whether we like the finished product) we can MARVEL that they can create coherent works like this out of well, literally, nothing much. How many indie filmmakers can do this? I’ve seen my fair share of indie movies with underdeveloped screenplays and the contrast is MASSIVE. I haven’t seen MEN IN BLACK 3 yet, but I have to say that ALIEN 3 (the theatrical version, minus Paul McGann) is, controversially, my favourite in the franchise (so shoot me). I also genuinely enjoyed JURASSIC PARK 3: it hit all the right notes in terms of dinosaur scares and a Spinosaurus kicks the ass of a T-Rex. Gotta be a score. Oh: and they even managed to stick a LITERARY ALLUSION to Peter Pan in there too with the crocodile/clock with the Spinosaurus and the satellite phone!

Hollywood knows the importance of “the same, but different”. Most franchises get BIGGER every time. The original DIE HARD was what modern scriptwriters would call a “contained thriller”, so by the time we get to DIE HARD 4.0, the action takes place in the ENTIRE CITY. The original Resident Evil was the same: contained in The Hive in the first movie, Alice ventures into Raccoon City for the second, the world and beyond for the subsequent movies. We can trace this throughout any successful franchise. Audiences want the same, but they want it DIFFERENT ENOUGH to have a new experience of those same characters. Hollywood knows this and does it well – and we’ve all seen sequels – yet I read a lot of sequels, especially in the spec pile, that don’t seem to appreciate this in the same way.

Hollywood knows about packaging. Hollywood KNOWS how to pique potential audience’s interest… They put the “right” people together: not just actors, but directors and even producers too ie. “From the team that brought you…” They know people are interested in films not just at face/story value and don’t apologise for it. Many indie filmmakers in comparison say it should ALL be about the story and are perplexed when their audience want to know more about what created it, yet this is an opportunity, not a threat.

Hollywood misfires are nearly always closer than indie misfires. Of course it’s possible that Hollywood movies *just* stink at times, but often, when Hollywood movies flop, surprise is expressed. After all, there was a “great” cast; great photography; an intriguing logline – whatever. Sometimes those flops come into their own years later, with critics saying a film is way ahead of its time. In comparison, often indie films never see the light of day – they don’t even get out of the can. Even if they can get distribution, those movies rarely see even the modest return they might expect because they have completely underestimated what their audience wants or needs from a movie (next).

So whilst STORY might not always be king/queen in Hollywood, you can bet your ass AUDIENCE IS. Whilst this sometimes feels like a bad thing – especially as a filmmaker or scriptwriter – is it? I’m unconvinced. I think there’s a lot we can learn from this mighty machine in making our own projects fly. That doesn’t mean to say we have to create things we feel are vaccuous and of course we don’t have the budgets to match Hollywood’s, either. But we can take the bits that work.

So what are we waiting for? Fire up the DVD, your Sky TV, streaming service or get down the cinema TODAY. Remember, you don’t have to like these movies, but you can learn from them!

#OwnVoices has been weaponised by the very people who wanted authenticity and representation.For the uninitiated, #ownvoices refers to a writer who shares a marginalised identity with their protagonist, ie. - BIPOC writers writing BIPOC characters - LGBTQ writers writing LGBTQ characters- Disabled writers writing disabled characters- Neurodivergent writers writing writing neurodivergent characters And so on. So what's the problem? Gatekeeping. Writers are being outed or accused of not being 'black enough', 'queer enough', 'disabled enough' to write such stories. Hell some are even accusing writers of trolling for 'diversity points' 🙄 (sounds kinda Dudeflakey, no??) I rang the bell warning about this in 2017. I got accused of believing marginalised writers are automatically poorer writers than dominant voices (riiiiiight sounds like B2W! 😆) Look, I get it. In the quest for authenticity it may seem common sense to insist 'only' those with such lived experiences should 'get' to write about them.Dominant voices have highjacked, erased and screwed up such representations ENOUGH! 🤬But guess what --- gatekeeping like this doesn't work either. Now what?? 🤯Writers do NOT owe their target audiences or even industry pros every aspect of their lives in order to be 'allowed' to tell a story. Equally, we can't claim 'erasure' when people DON'T write about our communities ... *and* claim 'exploitation' when people DO write about our communities.For more on #ownvoices narratives, visit 👇👇👇🔗🔗🔗 bang2write.com/2021/06/the-uncomfortable-truth-about-ownvoices-stories.html 🔗🔗🔗 ... See MoreSee Less

So a B2Wer got in touch asking about FLASHBACKS in screenplays ⚡⚡⚡Find out all about flashbacks today on the main B2W site, including how to format them. Pass it on!! 👇👇👇🔗🔗🔗 bang2write.com/2022/01/focus-on-format-how-do-i-write-a-flashback-within-a-flashback.html 🔗🔗🔗 ... See MoreSee Less

⚠️ NEW POST ALERT!!! ⚠️Get over to my #blog today for #writing tips from Jim Thompson, a guy you may not have heard of but who counts the mighty Stephen King amongst his fans!! Find out why King loves this guy so much on B2W today 👇👇👇 ... See MoreSee Less

Jim Thompson was a hardboiled crime author who counts B2W Stephen King amongst his fans. Check out h...
View on Facebook
· Share