Self Belief: Can Do Attitude 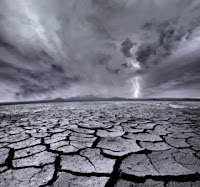 Once upon a time – not so long ago, actually – writers had TOO MUCH self belief. They’d send first drafts off the moment they wrote FADE OUT and were CONSUMED WITH RAGE when they go the inevitable feedback, “this needs more work”. Who the HELL were these readers anyway???

Then The Scribosphere happened and writers started grouping together: blogs came first, then Facebook, then Twitter. Writers were no longer writing in quite the isolation they were before. First they simply chatted about writing. Then they started to share experiences. Then their actual work.

That’s when the script pile started to change. Readers began to notice there were not quite so many first drafts in the pile; there were not so many obvious mistakes (especially in format) and characters and structure were not missing opportunities in the narratives they would have before. Readers looked upon it all AND SAW THAT IT WAS GOOD.

Except there was one thing that was not so good.

Writers began to lose their self belief.

It didn’t “just” happen. It was a slow and stealthy process. Where once upon a time a writer could conceive of an idea and have the confidence to see it through to the end of the draft, these days they require the feedback of OTHERS – whether paid-for readers like me or their peers – to VALIDATE them. Slowly but surely, writers have come to RELY TOO MUCH on feedback.

(I’m sure your jaws have just hit the floor. I know: I’m a SCRIPT READER, I “shouldn’t” be saying this. But then, as I’ve said before I’m not in this for the money, because there isn’t that much. I do this job because I want to help writers. It is as simple as that. And of course feedback in GENERAL is good… but relying on it to inform your own belief on how “good” or “ready” your script is?? Noooooooo.).

(Yes, I know there’s a certain irony in writing a blog post about how writers rely too much on blogs about writing – but then the remit of *this* blog has always been: “There are no checklists. There are no formulas. There are no rules. There are no “ways”. Do it YOUR WAY”).

Writers could be a pain in the ass back in the early noughties, I’m not denying it. You try telling a writer who’s given you a 328 page screenplay in Comic Sans that’s leather bound with gold embossed lettering on the front you won’t read it! Chances are, you’ll be there three days later answering outraged emails. It’s tedious and annoying.

But that nutcase noughties writer still had something too few writers TODAY have: self belief. A writer without self belief has NOTHING. Seriously. That writer might get words down on paper, but s/he will not get much further. Either literally, as s/he hides away from the *other*, just as important, element of scriptwriting, which is marketing themselves… Or metaphorically, because s/he CANNOT LET GO of their work, rewriting over and over, it’s always a work in progress, it’s never “finished”. They work hard, but basically tread water forever. Two different ways of getting to the SAME OUTCOME. There are others too, but those are the two biggies.

There might be no rules to writing, but one thing I am certain of, having worked with copious amounts of writers over the years:

The writers that “make it” (whatever that means) are the ones with SELF BELIEF. They have the confidence not only to get the words down on paper, they get their scripts out there and actively pursue every opportunity and avenue they can in marketing themselves, too. They don’t apologise for their work; they don’t worry what others think of them, either – and they don’t DEPEND on feedback to validate them or their scripts. They can recognise feedback with an agenda and they know their OWN motives for writing what they do. What’s more, they have the confidence to abandon projects that are not working and do not haul themselves over the coals for “failing” – because it is NOT a failure to junk a project. It’s just part of the process.

But most of all, the writers I see doing well tend to have this attitude:

ANSWER: there is no reason they “can’t”… so they DO.

Sure, all of us have dark moments when we wonder why the hell we bother, especially when there’s a run of rejections: we wouldn’t be human, else. But if you open every new file thinking negative thoughts of how you’re never going to get anywhere with this writing lark, perhaps now is the time to move on to something different. Good luck!

4 thoughts on “Self Belief: Can Do Attitude”

previousHow To Write Great Characters
nextCan I Write A Sequel Of My Spec – Even If The Original Script Has Not Been Produced?