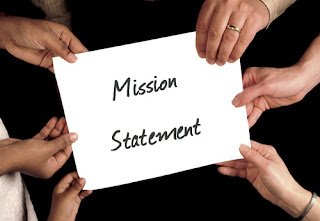 So three or four times a year I have a conversation with a writer that goes like this:

WRITER: I’ve got this great script and I’m working with some great people, we’re going to take it all the way and get it made.

ME: Brilliant, good for you.

ME: Because I haven’t seen a Science Fiction spec in about 5 years that’s sold me on its USP for the audience.

WRITER: That’s because you haven’t read mine yet.

ME: I’m afraid I’m just not interested in a collaboration.

WRITER: But TV is ace and full of high concept Science Fiction stuff at the moment.

Note that I report on and help develop both science fiction and TV pilots when writers HIRE me – this post relates solely to me being part of a team to get a project MADE… And the above does NOT play out because I want to lord it over the writer in a “I’m more experienced than you” type of way – when it comes to TV, I’m completely inexperienced. Though I’ve had meetings with /pitched to indie TV prodcos, a few broadcasters and even done a bunch of trial scripts for TV soaps, I’ve never *done* TV in terms of getting out of development hell and onto the actual screen. Similarly, it’s not that I DON’T LIKE Science Fiction as an actual genre; though I find it largely tired and familiar at the moment (even in commissioned shows), that’s not to say I wouldn’t like an idea just because it’s Sci-Fi. I’ve enjoyed MANY shows and features under the SF banner.

No, it all comes down to this:

Science Fiction is not part of my USP’s remit. Nor is traditional TV (outside the notion of “transmedia”). They’re just not what I do.

… And I bet not ONE on that list surprised you much, right?

That’s because I’ve spent a LONG time cultivating my USP, not only in my own work and type of work/teams I attach to, but in the way I represent myself at events like London Screenwriters Festival and online, via this blog, Facebook and Twitter.

But how can a writer develop his/her own USP, or identify what theirs is? Here’s a few thoughts:

USPs don’t arrive overnight. I spent a long time refining and adding to my USP. From the list I obviously began as a blogger, script editor and feature writer. I was interested in Genre, specifically Horror. My interest in female protagonists came next, specifically when I noticed how few in the spec pile there were, then how many female characters were subjected to gratuitous rape scenes. A lot of the rest came organically: for example, it was not until I joined Facebook and Twitter I noticed the surge in interest in my parenting tweets, specifically those about “Male Spawn” and “Wee Girl” – I had originally tweeted these as comic relief, nothing more. However other tweeters and Facebookers started to talk to me about their own children and then – oddly – even ask my advice! Before I knew it parenting, though not technically part of my ACTUAL work at that time, had become part of my online persona… Which then became part of real life: at London Screenwriters Festival last year I ran a session with Media Parents on being a freelancer, then I ended up writing a novel about teenage pregnancy and young parenthood, so it all came full circle. It probably will again somehow!

A USP is not a quick fix. A well-developed USP takes years and is always a work in progress. I would argue that as soon as you think you’re “there” in terms of your USP, it will take a weird turn… To illustrate my point, if the writer in the example conversation on this post said, “I have a great URBAN sci-fi…” I might not have been so quick to tell him/her “I don’t do SF”. Why? Because of ATTACK THE BLOCK’s success this year, which I also happened to think was pretty ace. Basically, if you work on the basis “anything can happen”, you will be receptive to those opportunities that come knocking when you least expect it.

A USP may alienate, as well as attract people. Some writers are desperate to write EVERYTHING in the hope this will mean producers will find them more attractive. I have Bang2writers who have attempted every genre, in every format going. This isn’t necessarily a bad strategy, but I do question whether those writers are in danger of becoming Jacks Of All Trades. Far better I think to pick something and do it really well, than try everything and do it OK. The one downer of the former however may be that some people will not consider you because of the perceived notion of *who* you are, which can be particularly problematic if you’re a woman or part of a minority not well represented in the media, as it is very easy to become victim of a double standard. ie. opinionated men are apparently “legends”, whereas opinionated women are apparently “obnoxious”. But if you feel a more obvious USP could work for you, then you also need to be prepared to be rejected for it, as well as accepted for it.

A USP is NOT fake. Critics of writers marketing themselves as well as their work (often you will hear the lament, “the work should speak for itself!”) will say writers are “faking it”, especially online when it comes to social networking. I can’t speak for all writers attempting to market themselves here, but can tell you that, whilst I strive very hard to refine and maintain my online persona in particular, there is not one single element of it that is out-and-out fake. I write so much online I simply would not be able to keep track!!! What you see is what you get with me – just the polished version, meltdowns included. I like to create a sense of drama; I won’t apologise for it. It’s what writers are meant to do, as far as I’m concerned… And which is why I don’t *tend* to tweet about how ill feel; how depressed I am; how busy or stressed I am or what I’m cooking for tea. It’s dull. Sure I feel/think/do all of those things, but I’ve CUT THEM OUT of my online persona, in the way a screenwriter edits out the boring bits of their script, like your protagonist needing to go to the loo!!!

A USP is your “Mission Statement”. Don’t get hung up on whether your USP is “good” or “bad” or “needed”. I got some great advice once, which was “Go for what you feel YOU need and what you feel the INDUSTRY needs *from* you.” There’s no limit on what your USP can include, though I would argue a few key elements are what makes them fly. As someone said at London Screenwriters Festival only recently, “Can’t think of “Lucy V” without thinking “female protagonists”!” And that’s the whole point.

So what’s your USP, as a writer?