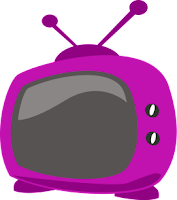 Vexentrix asked about TV Spec Scripts of existing shows this week on Twitter and it’s something I’ve talked about with British writers many times in the past, so I figured it was time to write an official post about it.

We don’t do this in the UK. If you write a spec episode of Spooks, Corrie, Eastenders, Doc Martin or anything else, it simply will not get read. There’s loads of reasons why, including the fact it can be a big fat legal headache in terms of copyright, but the short version: it’s just not the way it’s done over here.

In the UK, you send your ORIGINAL script in – ideally, it will be a script in the same *kind* of vein as the show you want to write for, but retaining your own voice. (Though that said, I’ve known people get into shows with scripts wildly different in tone, such as one lady who got onto a well-known soap with a slasher horror script which demonstrated how fabulous she was with character and dialogue, so you never know).

If the producer of said UK show reads your script and likes what s/he sees, one of two things might happen afterwards:

1) They ask you to write a trial script. THIS is when you have to write a spec script of the show, basically and is most-oft used in continuing drama. The show will send you a selection of storylines, you pick one and write *your version* of that episode (which frequently has been broadcast already). If they like that, that’s when you get asked in for a meeting or story conference – and from there, you may get your commission (yes, it’s still not in the bag!!! Argh!)

2) They ask you in for a story conference. This is usually for hour-long drama and it’s the more experienced TV writers who’ve perhaps had quite a few half hours aired already that will jump straight to this bit, though not always. Story conferences are often the producers and all the writers – and storyliners, if applicable – all meeting up to thrash out the long running storylines of the year (if a soap) or the slow-burn serial elements of a longer one hour drama.

There are of course other ways of getting commissioned on a TV show – a simple meeting with a producer (especially for a completely new show, or a children’s series) – but the above seems to be the most common route.

BTW, Lots of writers appear to think you can only work in British TV if you have an agent. Whilst it’s certainly true TV prefers its writers repped (and thus it is markedly easier to gain access to various shows *with* an agent), I am also aware of Bang2writers have worked their way into various schemes and shows without one. The question is, are you going to take no for an answer? Damon Rochefort told us a fab story at London Screenwriters Festival about how he decided he would work for Corrie and SIMPLY WOULD NOT ACCEPT the various rejections he got (which was A LOT). Eight years later, the rest is history.

If as a British writer you’re feeling hard done by that UK TV doesn’t recruit its writers the US way, you may be interested in the following conversation I had last weekend at LSF with Finding Nemo writer David Reynolds, who started his career writing for The Conan O’ Brien Show:

DAVID: You might want to spec for a TV show…

DAVID: How do they pick writers, then?

ME: You send in an original script.

I agree with David; I think it is brilliant – so if you want to write for TV, get writing… And take your lead from Damon: DON’T TAKE NO FOR ANSWER. There will undoubtedly be a lot of them, but if you keep going, logic dictates you’ve got to get there eventually. Good luck!!