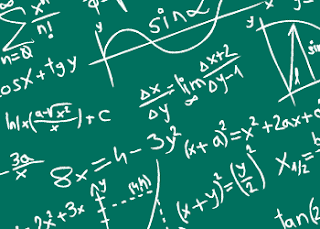 Writer thinks, “I’ll write a script. It’s gonna be great.” S/he completes the script. Sends it off.

Reader gets it at some initiative/contest/literary agent’s/whatever. Reader thinks, “What a mess. This writer hasn’t a clue what he or she is doing. PASS.” Reader sends it back.

Writer decides s/he is going to ADVANCE next time – whatever it takes. S/he does a ton of research. Sees where s/he went wrong in the first instance when it comes to format. Thinks, “This must be it now”. Sends it off.

Reader gets said script and says, “Craft is OK, but story/structure/character/dialogue/delete as appropriate is off. They don’t know their Robert McKee/Syd Field/Linda Seger/insert Guru here (oooer)” S/he writes PASS again. Sends it back.

Writer CAN’T BELIEVE IT and is very upset. S/he reads McKee, Field, Seger et al. Decides to never use voiceover and to always hit their turning point on page 22 and to write ABOUT IDENTITY. Sends it off.

Reader receives the Guru-fied script and says, “Oh you know what? This script is predictable, it’s like it believes in formulas. There’s no heart here.” Another PASS. Sends it back.

Writer gets CRAZY ANGRY. Goes back to his/her research. Notices there’s a trend for vampires/angels/cowboys/period drama/etc. Decides to write THE NEXT BIG THING in that field. Sends it off.

Reader gets said NEXT BIG THING and says, “Oh this is very dated. Whilst vampires/angels/cowboys/period drama etc is the thing NOW, those movies/TV dramas have been in development for years. This has missed the boat.” Yet another PASS. Sends it back.

MORAL OF THE STORY —

Don’t try and second guess; there is no magic formula.

And that goes for readers as well as writers.

It’s all about the writing. It really as simple – and as complicated – as that. Good writing: you REALLY DO know it when you see it. Frustrating. Harsh.

But guess what – if you’re true to yourself and don’t try and second guess, you’re far more likely to find yourself getting those CONSIDERS and even RECOMMENDS.

And as a reader, if you let go of the notion of the “what SHOULD be done”, you’re far more likely to see the really good scripts, rather than letting them slip through your fingers.

There is only story. And understanding who it is for and why… The Audience.