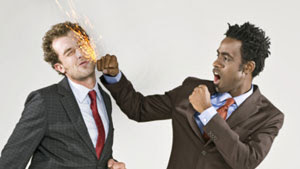 There has been major deliberation going on here at LSF Towers – not to mention some screaming, crying and general fisticuffs as to WHO goes through from the longlist to the coveted shortlist of The 4 Nights In August  Screenplay Challenge.

As with the creation of the longlist, yet MORE hard decisions had to be made.  However due to the quality of the entries we were not able to whittle it down to  the final 5 as expected, so instead we have a final 12!

Without further ado then and in alphabetical order ONLY:

What’s great about this shortlist is that each entry is very different in its own way, presenting very intricate stories that reflect the complex issues behind the riots. We have entries here full of light and shade; nostalgia; even comedy. The styles of storytelling too are very different, with dialogue and non-dialogue scripts; talking heads and even almost “war reporting” cinema-verite styles to name a few. Several have no human or animal characters in whatsoever.

The longlisted entrants who did not get through to the shortlist this time however must not despair – they placed in the top 16% of the contest, no mean feat at all when we had so many entries. And they have no idea how close to fisticuffs Team LSF REALLY came…

Don’t forget you can see inside the spec pile as a whole for the contest, here. And here’s a blog about coping with rejection for anyone who needs it. And stay away from windows for at least 24 hours! ; )

NEXT ANNOUNCEMENT: The Winner!!! Coming VERY soon… Watch this space.

previousPsssst…
nextWhat NOT To Do When Meeting Agents, Filmmakers And Other Writers