I Am Not A Lucky Person 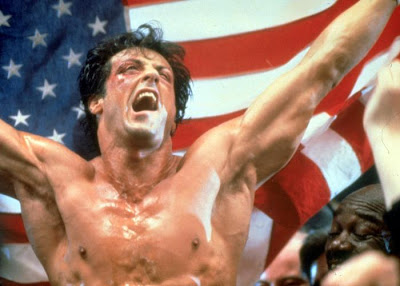 You don’t have to go far to hear writers, filmmakers, actors etc expressing RAGE when told however hard they’ve worked, they’re “lucky”. Hell, I include myself on that.

I am not a lucky person.

Name any given situation, even something as small as picking one outcome **or the other** – left or right? Heads or tails? Red or black? – I WILL PICK THE WRONG ONE. 100% true factoid. I’ve ended up in enough wrong places and lost enough bets and money to know this.

I am a hard working person.

Hell yeah. We all are. I know lots of people think media stuff arrives by magic and/or that we’re all rolling in cash after taking a dosser course at uni and/or being in the “right place at the right time”, but we all know that actually, getting somewhere in this industry is A LOT harder than it looks.

If I can do it, anyone can.

And I believe this. If you want something badly enough – in my case, to be a writer, but WHATEVER is it is you want – you can do it, if you put your mind to it. If you don’t take no for an answer. If you don’t let worries (like no money) grind you down. If you keep going in the face of adversity. If you believe hard enough and long enough and NEVER STOP MOVING and KEEP LEARNING and LISTENING.

It’s not automatically as easy as that.

Everything I’ve just said I believe in 100%, but I also accept a lot of life is luck.

A lot of people seem to think the equation is “hard work = everything you deserve”, whereas “laziness = everything you deserve” in the same way, only with the reverse outcome. Yet it’s possible to work hard and take the luck where we can get it; the latter does not cancel out our previous efforts. And in the same way, those lucky people who we envy as they breeze through life do not make our efforts crud, either.

Then of course there’s everything in the middle, ‘cos life is rarely about those opposite ends of the scale anyway. Most of us work hard; not all of us get what we deserve. There are hard working people breaking their backs in jobs some (inadvisably) sneer at and people doing all they can to find work, to no avail. Equally, sometimes things – inheritances from estranged relatives; the dream job; the perfect partner – FALL INTO OUR LAPS with minimum effort. We’ll accept those things and call it luck and get on with our lives. And why not. We deserve it; we work hard.

No one gave me anything… and yet I’ve been given everything.

I think life is a paradox. I might work hard now, but I was given a rare gift as a child: a mother who saw my interest and talent in the creative arts and encouraged it. She never said wanting to write was a ridiculous idea. When I wrote stories, she read them and talked about them with me. When I said I wanted to do Media Studies, she never said it was a pointless dosser course or tried to steer me towards a more “acceptable” subject. She never tried to live through me or mould me into something she thought I should be. And one time – a real strong memory of mine, when I was aged about 8 – she took me into a bookstore and said I could have as many books as I wanted. I remember coming out with about a HUNDRED (though I think it was probably more like 10-15) and having the biggest smile on my face, sure I must have the BEST MUM IN THE WORLD. And of course I did.

But again – that was just luck. I could have been born into a completely different family: perhaps one with a matriarch who thought writers were – God Forbid – wasters or liars. Or one where the only “respectable” jobs were those where you could do something TANGIBLE, like being a lawyer, doctor or teacher. Or maybe just one where education was something where time was marked until OF COURSE you left school at 16 and went out to work – wherever, who cares, a job is a job – what *else* would you do??

Don’t forget where you came from… or what it took to get here.

OK, that line’s from ROCKY IV. Doesn’t make it any less true. All of us started somewhere. Some of us are lucky and our personalities, talents and whims are nurtured. For some of us, we grow up in spite of our backgrounds – family, financial, whatever. Wherever we began, we can pat ourselves on the back and say, “If I can do it, anyone can” – OR we can also accept Lady Luck, The Gods, Fate, Dr Who or whomever has smiled on us and given us a break SOMEWHERE, even if we can’t pinpoint exactly when or how that was.

I am not a lucky person.

Except I’m doing what I always wanted to be doing. It’s hard work. But I’d rather be doing this than anything else in the world.

So I AM lucky after all.

How Do I Become A Professional Scriptwriter?

3 thoughts on “I Am Not A Lucky Person”