How To Become A Script Reader 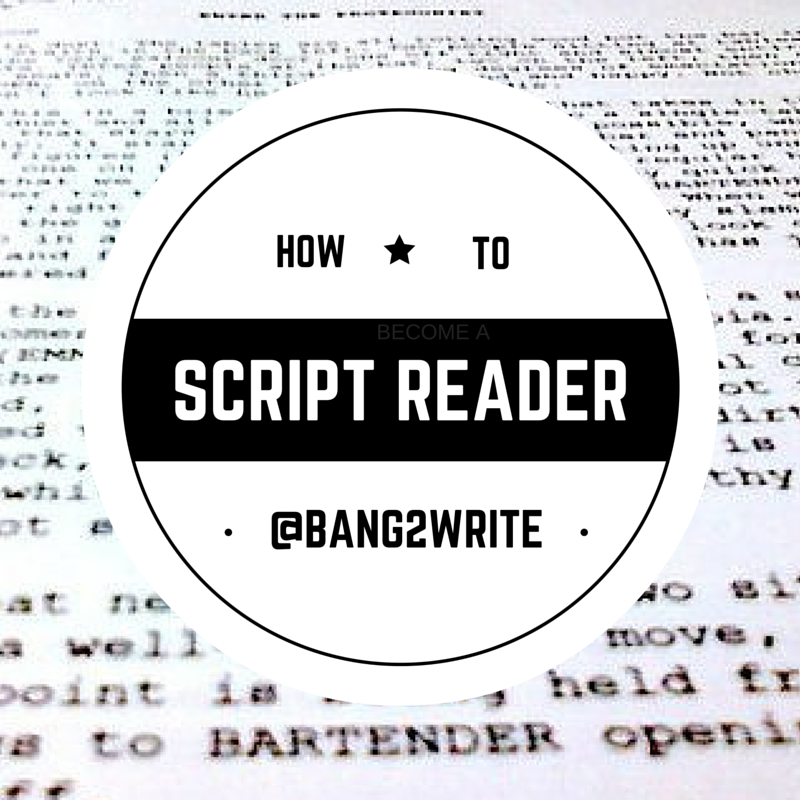 How I became a script reader

One question I get asked all the time is, “How do I become a script reader?” So, once and for all – here is the lowdown on how my consultancy Bang2write started – plus make sure you check out my course, Breaking Into Script Reading, back for its seventh year in 2021!

As I’ve said before, I never actually SET OUT to become a script reader. I did the BA (Hons) Scriptwriting for Film & TV course at Bournemouth University and part of the course covered it.

As I also detail in this post, when work experience came around (which you HAD to do, to pass the course), it made sense to script read … I was a single Mum with no childcare at the time and I was told I could do it largely from home.

I never dreamt it could be – or would be! – the start of my media career. I’m very glad it was!

From script reading, it made sense for me to make the move into script editing. For those who don’t know the difference, it’s a subtle one, since yes, both involve actually – you guessed it! – READING THE SCRIPT!

In script reading, you’ll usually be reading scripts FOR an agency, prodco or initiative; you’ll read a script just the once & compose a report on whether said script deserves a second look or not (and eventually, the agent representation and/or the filmmakers the money to make it, though that’s usually out of the reader’s hands).

In comparison then, when you script edit a project, you’re much more INVOLVED in the process not only of the writing/revising, but sometimes getting the film made too, like I was with DEVIATION, ASSASSIN and many of the other projects listed on my Films page.

But *how* do you become either of these two jobs?

1) Do a script reader training course

Following popular demand, B2W now offers a script reader training course, Breaking Into Script Reading, in conjunction with LondonSWF. I ran this for the first time in 2015 and it was a huge success. You can see photos, read delegate feedback and book for this year’s course, HERE. See you there!

2) Be a script reader FIRST

I’d recommend being a script reader BEFORE being a script editor. It’s not compulsory and I’m sure lots of people will probably think the total opposite, but I happen to think people are much better at script editing if they happen to have read a loooooooooooooooooot of scripts. It not only helps you assess where scripts go wrong on the page, but looking at the slush pile on a regular basis can give you a unique insight of the marketplace from the *inside*.

In the old days, when I started, interning was the sure-fire way “in” to script reading and this has not changed. Getting a few weeks’ work experience at a literary agent’s or production companies and being given a free rein on their mountain of scripts is a GREAT way to get started, even if it means being thrown in the deep end. I’ll never forget one guy opening a door and I saw pile after pile of scripts, stacked up, like tall, Leaning Tower of Pisa formations in a room about the size of a medium kitchen. Eager to impress, I told him I’d get them all read by the end of the summer. “You won’t get them all read by the END OF YOUR LIFE,” he retorted “… And always plenty more where they came from!”

How the world of interning works HAS changed however since I started. Though university students are exempt, the average intern now requires paying by law. Whilst proper and good that people are not exploited – of course – this DOES mean the opportunities to intern, especially at small companies, have dwindled away. This then has the knock-on effect of work experience opportunities at the bigger companies being FIERCELY competitive. Then of course interning is not for everyone, especially if you have responsibilities like family, plus rent, bills etc to pay.

4) Collaboration can work just as well as interning

BUT script reading *is* one of those jobs you can do “on the side” and “build up” whilst you “learn on the job”. If this is what you want or have to do, there’s no reason in the world you can’t. Join Peer Review sites. Use social networks like Facebook and Twitter to find filmmakers who need your help. So help them. Learn with them. All build your credits together.

5) Look out for high profile gigs

Alongside getting credits on actual produced projects, volunteering for high profile schemes, competitions and so on can really help smooth the road for you as a script reader. LondonSWF uses volunteer readers for many of its contests, though this DOESN’T mean we take *just anyone*, either. LSF readers must prove they can analyse screenplays to a certain standard, but if I think that reader is a good one, then I do all I can to help them with their own endeavours. My colleague Michelle at WriteSoFluid is a (goode) example, here. She started as my student “back in the day” and now we are allies.

There’s many, many ways in and if you want to create and build your career this way, go for it. Do be aware it can be just as much a slog establishing yourself as actual scriptwriting, this is no “quick fix” or easy route. And don’t think you’ll earn megabucks, ‘cos you won’t! 😉

For more details, check out my further post, How Do I Get Work As A Script Reader?

Book tickets for my 2 day workshop, Breaking Into Script Reading

What Does PASS, CONSIDER & RECOMMEND Mean On Script Reports?

How Do You Script Edit Without Turning It Into Your Own Story?

11 thoughts on “How To Become A Script Reader”