Many thanks to Step2Inspire writer and all round good guy Dylan Spicer who has stepped into the blog breach this week as I wrestle with London Screenwriters’ Festival stuff, including our recent Tweetfest. Connect with Dylan on Twitter here and read other articles by him here. Enjoy!
—————————————— 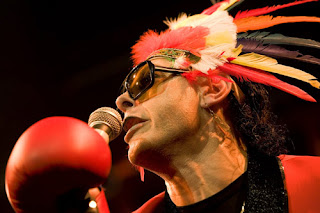 Last week I watched the Ian Dury 2010 biopic Sex & Drugs & Rock & Roll. Andy Serkis was superb in the main role, and it really managed to capture the feel of Dury’s music and life. But what I found interesting is that although the movie may contain “punk” themes, production wise a film of this nature doesn’t live up to these ideals. It is a massive financial undertaking, especially when advertising and promotion are considered. Each shot would have been carefully thought out, each role both in acting and costume meticulously worked on. This is not even to mention the sheer amount of organisation, logistics, and bacon sandwiches that must have been required to make the shoot a possibility.

And in terms of the success of the movie, fair enough. Also the makers of Sex & Drugs were never actually trying to make a punk movie, rather a movie about a punk. However, is it possible to make a movie within the notion of “punk”- something truly innovative, without ever selling out, whilst at the same time having a bloody good time? Turning to the lower echelons of indie cinema may provide an answer.

For example, Pink Flamingos, John Water’s 1972 look at the most offensive family in the world, is a disgusting array of various shocking scenes. Be it unsimulated coprophagia, or references to chid abduction, the content is still genuinely controversial to this day. Shot as it was by Waters and his friends at the weekend, despite low production values the movie challenges social norms, whilst clearly the crew are having a great time filming it.

However, it was still shot on film, and the cost of stock and processing will mount up regardless. Waters came from a rich background, fortunate enough to be able to shoot in such a reckless style, and reshoot should the contents be unusable. Should another artist in a different financial position want to try a similar thing, he would need some kind of financial backing that might well veto the project.

So can decent cinema be done on a low budget? The digital revolution provides an alternative. This is certainly not movies like The Blair Witch and Paranormal Activity, which still requires the weight of Hollywood distribution behind them to succeed. Rather, something like Youtube or Blip that allows users to upload their content for free seemingly can allow features or serials to be shot for nothing across the world. And yet even here we have the stipulations of a big company. Be it nudity clauses, certain rules on decency and taste, and even then, the technical and financial know how that the internet brings. It seems even this, the closest we can get to a punk movie, is still stuck in bureaucracy.

So it may seem as if Sex & Drugs & Rock &Roll is nothing more than a classic example of how any attempt to portray an alternative lifestyle in cinema can never actually live up to the ideals shown. Yet perhaps this shows the fallacy of the whole notion of “punk” art. Is it any different from the distribution of the real Ian Dury’s work? All his hits are freely available on iTunes or in HMV, and often used in various adverts and campaigns. But does that really detract from the original message of the music?

Film is such an expensive and logistical nightmare that to create it within a truly alternative set of rules is virtually impossible. But film is such a powerful medium capable of stirring such a different range of emotions,ultimately what the film is trying to achieve with its message is vastly more important than a vague of notion of not selling out.