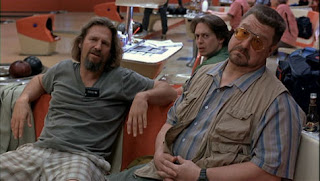 Something came up on the Bang2writers page recently, which I thought was worth repeating/expanding on, since it’s a question I get asked a lot:

When it comes to “character-driven” versus “event-driven” movies, aren’t ALL movies character-driven on the basis that a character has to need/want something, else there is no movie?

It’s certainly true nearly all movies have a protagonist with a discernible need/want or goal. The obvious exception to this is the passive protagonist – though in these cases, someone else usually has to “take the reins” for this character (like a mentor figure, love interest or even antagonist), so really, it’s still “character-driven” in that *a* character, somewhere in the narrative, is driving the action. Certainly audiences are interested most in characters over plot – which is why sequels, remakes & reboots etc are so popular: we want to see the SAME characters in DIFFERENT (though usually similar) scenarios – and of course Movie Execs are only too happy to oblige us in this with various franchises and whatnot.

So sure, all movies are “character-driven” in the above sense… HOWEVER:

When it comes to the traditional notion of a movie being “character-driven”, basically we’re talking about characters’ own decisions driving the narrative – the minutiae of life, if you will, the little things that may seem to HUGE to oneself, but the world would not notice their passing. We’re talking about broken relationships, family reunions, custody battles, searches for birth parents; sometimes life at school or work or in prison (dependant on story). Character-driven movies are often about relationships rekindled or coming back from the brink of *something*: sometimes with other people, sometimes alone, sometimes with the help of an animal or pet. Often character-driven movies are about taking chances, about identity or about family and its importance (or not).

In short… “Character driven” movies are very often about PERSONAL realisations about life and what it means, whether uplifting or sad. This is why drama is so often character-driven.

In comparison then, “event-driven” movies are very different. That protagonist may have an obvious need/want or goal – and in genre movies, it’s spelt out in glorious technicolour, for that need is more often than not SURVIVAL, whether literal or metaphorical. In comparison to the “character-driven” drama where frequently a character STARTS the action themselves on the basis of a decision they need to make, the “event-driven” traditionally DRAWS a character into the problem (which they may otherwise not have had, had “fate” not got in the way).

This is why genre movies in comparison have a “call to arms” to its characters in a different way, ie:

The bank is foreclosing on Average Joe’s gym, so the characters must get money from *somewhere* to keep evil corporate Globo Gym from making them into a car park (DODGEBALL).

A lawyer is in the wrong place, wrong time and receives highly classified information that turns his world upside down, which he must get into the RIGHT hands before the WRONG hands silence him (ENEMY OF THE STATE).

A gang of space truckers land on a planet infested with hostile alien life forms and accidentally bring one back on board the ship with them, which they must somehow destroy (ALIEN).

As you can see, that “call to arms” present a PROBLEM to the characters in the movie… Characters *would* have got on with their lives as normal *had this event not happened* (ie. kidnapping, crossing the path of a serial killer, the plane gets hijacked, etc).

“Character-driven” movies are traditionally those movies where the want/need comes from INSIDE the character/s, whereas “Event-Driven” movies, that “call to arms” is usually more EXTERNAL, most often a “beast” – literal or metaphorical – that needs vanquishing.