How To Introduce A Character In A Screenplay 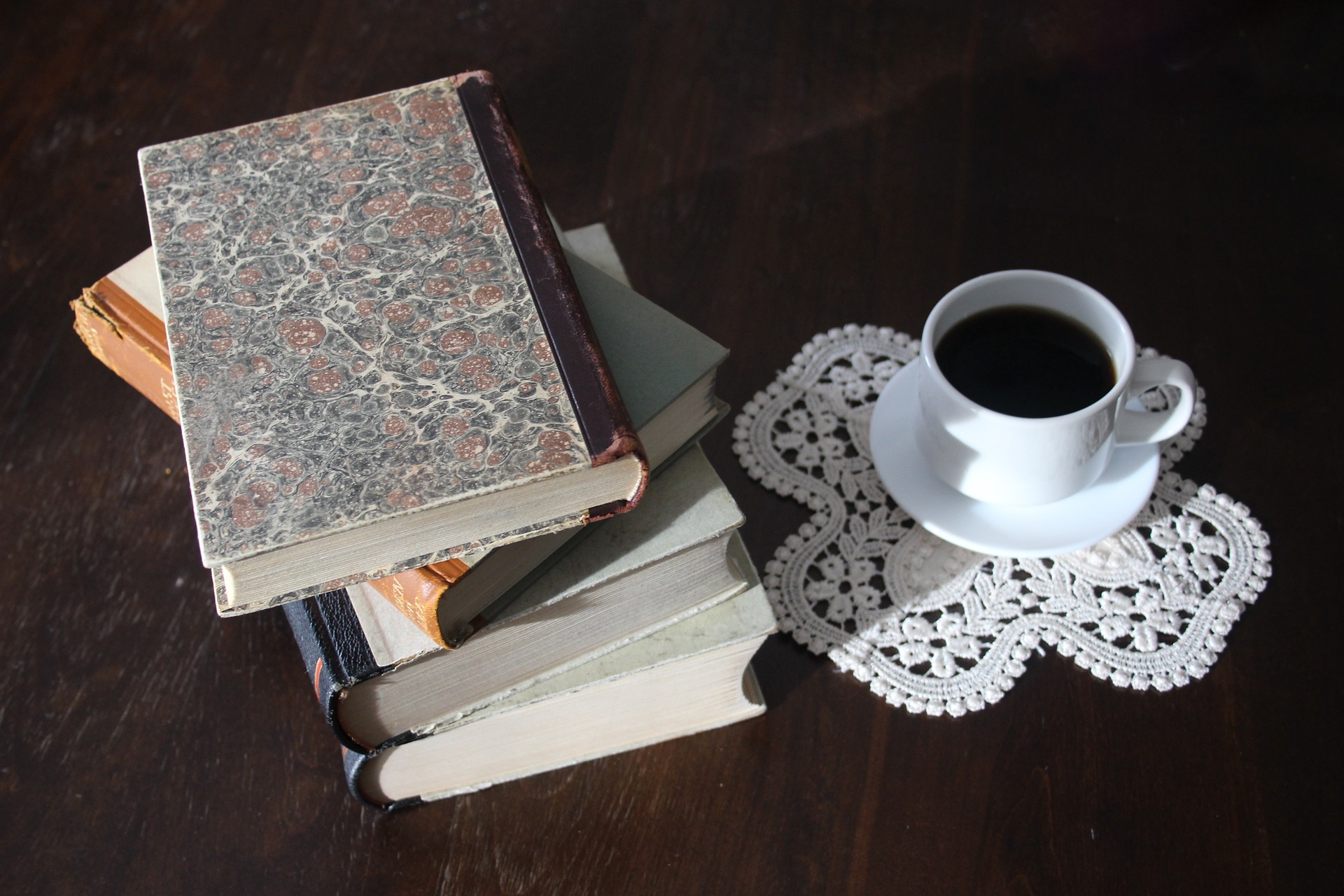 How To Introduce A Character

If you are thinking about how best to introduce a character, you are not alone. This is one of the questions I get most often from Bang2writers. Many thanks to writer @davidbishop who asks:

How best to introduce characters … Should we list 3 attributes, a single sentence, or let their actions [and words] speak for themselves?

First up, I’m going to be really annoying and saying there’s no best” way, just people’s opinions. That said, David’s suggestions are all great in theory. How they work out on the page however can be different! This is often because writers fall foul of some sort of stereotype or cliche. More, next.

So, there are obvious traps screenwriters fall into when introducing and maintaining characters throughout their narratives. These are the ones I see most often in spec scripts and novels:

– Relying on what characters are wearing to say something about them.(Scantily clad woman = Loose morals! Goth = must be miserable and depressed! Le Sigh.)

– Relying on gender. (Woman? Is a drudge everyone puts upon … OR is a selfish vain cow who needs to find out *what’s important*! Man? Is a loser who doesn’t realise *what’s important* in his life, whether that’s marriage or family. Child? Girl children are sweet and serene and rarely cause trouble … Boy children climb trees and run away more frequently! WTAF!)

– Relying on physical attributes. (Woman? TELL US ABOUT HER BREASTS. Man? Tell us about his SMILE and/or EYES).

And perhaps most alarming of all (though only because I see it challenged the least … Obviously the above makes grim reading too!):

I wish I was exaggerating about the above list. I AM NOT. For more horror stories, check out my books, How NOT To Write Female Characters and Writing Diverse Characters For Fiction, TV or Film. 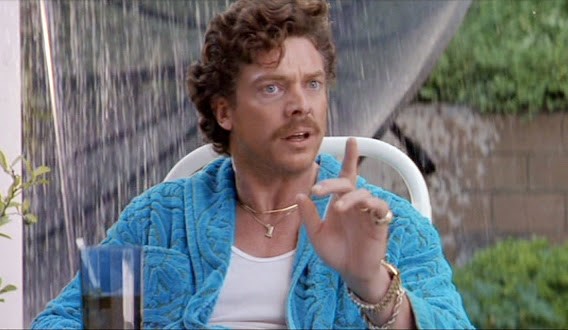 But let’s assume you would NEVER write anything as crass, offensive or 2D as in my list. So what are my tips for introducing characters? In no particular order, here you go:

Everyone knows – or should know – how he describes Teddy in BODY HEAT: Rock n’ Roll arsonist. Four words or pure genius. WTF is a Rock n’ Roll Arsonist??? Who knows, yet we still somehow know what Kasdan is talking about! This character is someone who is hip, cool, who has a dangerous edge.

In my mind’s eye I see a grungy 80s rocker type with long hair, tattoos and earrings and GODDAMN IS HE SEXY … Yet somehow I know I should back off because he’s going to cause me nothing but heartache.  Whilst my own personal vision is not translated like this *exactly* in the film, this still sums up the character perfectly.

If you can introduce characters like this, then GO FOR IT! I hardly ever see it and I always wonder why. Yet this kind of thing showcases your writer’s voice brilliantly.

Intro: Daryl: polyester was made for this man (THELMA AND LOUISE)

This is brilliant. Daryl is the type who wants his dinner on the table by a certain time. He doesn’t give a toss about Thelma’s own satisfaction: in sex, life, in ANYTHING. Thelma is not his wife so much as his glorified serving wench. Daryl is a MILLSTONE around Thelma’s neck … He’s literally sucking the life from her. So, what would a man like this wear? Polyester. Something mundane, cheap, doesn’t-give-a-shit. Of course!

Assigning *something physical* such as a fabric, a car, a piece of jewellery, ANYTHING can give us a *clue* about that character’s personality and motivations. Try these for size:

Now you try with your own characters and introduce us to them! 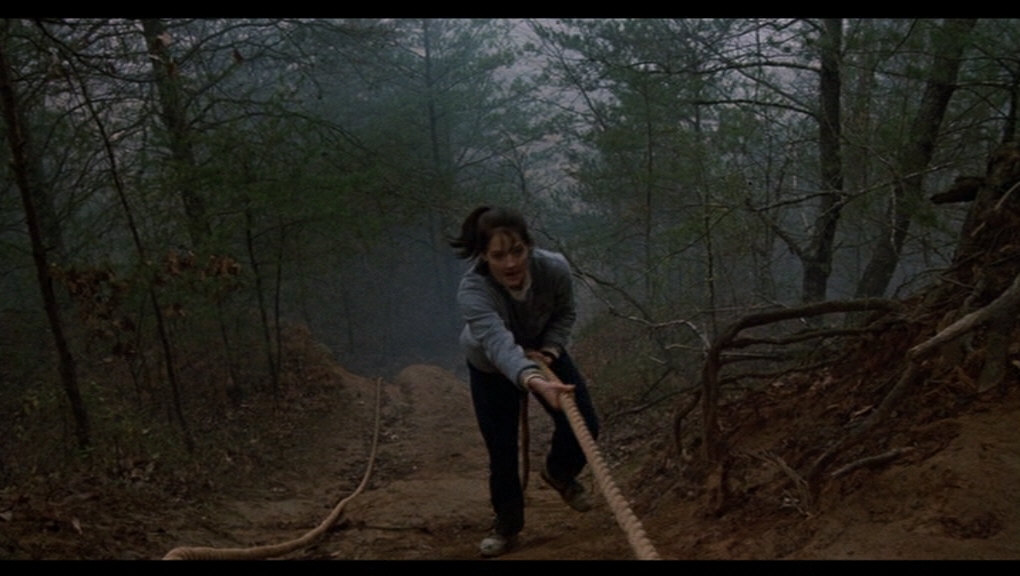 But it’s true that most spec scripts DON’T subscribe to Lawrence Kasdan or Callie Khouri’s ways of introducing characters. Instead, they will make a brief intro to the character, followed by letting their actions and words speak for themselves.

Do note: THERE’S NOTHING WRONG WITH THIS. However, to avoid being dull with your character intros in this manner, I would recommend thinking about the following:

i) WHERE do we meet them?

You wouldn’t believe how many characters I’m introduced to in bed (oooooh matron!). Whilst obviously this *can* work,what does introducing a character getting ready for the day actually achieve? 9/10 not much. I see a similar amount of characters at work. This is a big improvement, particularly if said character has a skill or attribute of some kind (especially one that will come in useful later in the story).

ii) WHAT are they DOING?

So many writers introduce characters doing dull things like walking, getting ready, waiting for buses or sitting in classrooms doodling. Let us know what this character is like via their ACTIONS. The more outlandish the better sometimes. Don’t have someone just running, have them do a huge assault course to test their resolve, like Clarice Starling in The Silence Of The Lambs.

Remember: characters are what they DO. Their introduction should be no different.

8 thoughts on “How To Introduce A Character In A Screenplay”