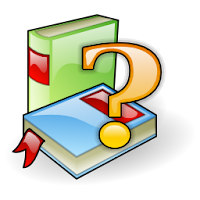 Professional scribe, long time Bang2writer & mate David Bishop has blogged about his experience of becoming a screenwriter after publishing forty trillion novels (100% true factoid) and has challenged me to blog my experiences of doing the reverse, so here it is.

I’ve written on here before about how, as a child and teen, I *really* wanted to be a novelist. That was my dream. I loved movies and I loved TV – especially continuing drama – but it was books that made me go WOW. I thought the people who wrote them were the cleverest people in the world and I read stacks and stacks and stacks of them. In the alternative version of my life – and I think we all have several – I think there’s a strong chance I would have done something like English at University and gone on to be a literary agent, before having some kind of meltdown, firing everyone, closing up shop, travelling the world and writing my first novel en route before settling down to write more with a house husband, two dogs and four children in a country cottage (and I would have made millions, natch. JK Rowling eat your heart out… I was never meant to be this poor goddamnit!).

But a very different version of my life played out and as everyone knows, I had my first child at eighteen alone and ended up going to university to study screenwriting. Had there been a degree in novel writing instead, I probably would have done it, but back in 2000 there wasn’t. From there I fell into script reading/editing and you know the rest.

Various things happened on my screenwriting journey. There was corporate work. There were trial scripts for TV shows. There were meetings, pitches, options, producer workshops and collaborations. There were many, many near-misses in terms of other produced things – shorts, features, several web series – I may have even got paid for, but no one ever got to actually see.

Then something weird happened. The two elements that made me – Script Editing Lucy and Screenwriting Lucy – broke apart, somewhere around the end of 2009. Script Editing Lucy was still having a whale of a time and enjoying her work, especially stuff like Deviation and The London Screenwriters Festival. Screenwriting Lucy in comparison then was a moping wretch, not sure what to do next. It wasn’t even that my writing had ground to a halt; I was still writing and developing my specs and I was still getting read. There was just… something… missing.

To cut a long story short, I needed a new writing challenge.

I changed agents to Blake Friedmann in 2010 and that’s when things really got going: Julian Friedmann is well-known for his belief screenwriters should write novels as well and I’ve always agreed with him and championed the same view. I’ve always wanted to write a novel and have tried many times since 2008, even charting progress on this blog in the hope I’d finish. But of course I never did. I began to think maybe I didn’t have it in me after all. In the very least, I just couldn’t think of that elusive *right* idea that would carry me through from the beginning to the end. Super sad face.

But Julian changed that. Last year he wrote me an email, telling me he’d met publishers recently who’d complained there was basically not enough “real life stuff” out there in young adult literature meant for girls. Instead, it *felt* like that market was flooded with stories about luuuuuuurve, magic & vampires.

Since I had been a teen Mum myself, Julian suggested I had the kind of “real life stuff” girls reading young adult books would be interested in. He suggested I started reading some YA books and get back to him with my thoughts.

Reading those books, it was like a lightbulb switched on in my head. I COULD do this. I have worked with tweens and teens as an English teacher for years now and my own Male Spawn is one himself. I realised it was an audience I felt comfortable with and I could speak to. And Julian was right: my own experiences as a teen Mum could well fuel a narrative of its own. It was something I felt could be interesting and even important; I could believe 100% in what I was doing again.

Writing the novel was difficult and sometimes incredibly emotional, but I loved it. I hear some novelists start spec books without knowing the ending, but I didn’t feel ready for that. The screenwriter in me demanded I write a detailed pitch before I could begin the manuscript. That pitch – approximately ten pages, with every single chapter mapped out – took months and months. In fact, it took almost as long as the novel itself. In lots of ways writing a novel is a completely different process to screenwriting, whilst in others it’s very similar. But ultimately, what I loved above all else was novel writing’s autonomy. I could write and get on with it. I didn’t have to WAIT on anyone – yes, I had to wait for feedback occasionally, but not in the same way as screenwriting, which sometimes can feel awash with the stuff. The emphasis was on ME to get it done. After years and years of waiting and collaborating constantly with others, this felt a rare privilege. I kept wondering when someone would ring me up and say, “Oi, you can’t do it like that.” But of course no one ever did.

I’m not done with screenwriting by a long shot. I have a short going into production sometime this year and I have various scripts and pitches going. But from here, hopefully someone will buy the book and it will get published and I can go and live in my country cottage with my four kids and house husband… I suppose I better fill Mr C and the existing kids in. Think I’ll not bother with the two dogs though.

1 thought on “Novel Writing # 2: Moving From Screenwriting to Writing Novels”

previousQ: How Do I Analyse A Script??
nextMore on Length (…dirty minds, the lot of you)