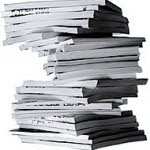 Having trouble finishing your first draft? Just getting words on paper sometimes can be a frustrating and infuriating business, so many thanks to Bang2writer Steve Bromby, who offers these insights on FINISHING the first draft… Enjoy!
____________________________________________________
So, you’re writing a screenplay that’s gonna turn the horror genre on its head, or maybe a spec TV pilot about a favourite historical figure and you’re hip deep into that first draft? Excellent. But wait, there’s a problem. You’ve discovered that something’s stopping you from getting past a certain point, and you don’t know what it is. Maybe you’re not halfway through, but more like only 10 pages in, and then suddenly, out of nowhere – BAM! – the whole process has come to a grinding halt, and it’s stressing you out.

I know exactly how you feel.

I’ve been writing film and TV scripts for over ten years. In that time, I’ve probably left a veritable truck-load of scripts by the wayside, like wounded soldiers on the battlefield. Starting a script was never the problem and the answers were not immediately forthcoming. Until that is, about six years ago, wherein I had a kind of breakthrough, what I like to call my “Script Epiphany.”

It was such a simple realisation, I could’ve kicked myself (which I did. Repeatedly). I realised that, each and every time, I rushed head-long into a script, with little or no forethought to the mechanics of the process. Even at university, I often eschewed treatments and step outlines, preferring the fluid nature of ‘writing blind’ – that is, without the net of working from said treatment.

The net result of this?

I stopped writing altogether. For six months. It wasn’t fun anymore, and I’d grown dishearted with the prospect of tackling another script that seemed doomed to fail before I could type the words FADE IN. It was hell. But here’s the thing, those months of not writing were agony and drove me nuts. Supremely, monumentally, nuts. I even started watching daytime television to compensate. It was excruciating. Eventually I got so frustrated that I simply had to start writing again.

So I did, but this time, I did my homework. I read every book, every script, and every interview I could find about the craft. Some of the advice was naff; some of it made complete sense, but it was enough to get me back to the computer. Armed with a new well of enthusiasm, I started work on a new script.

Four months later, I had a “kitchen sink” first draft, and, you know, a thundering need to sleep for the next year.

That was five years ago, and I haven’t looked back since. I’ve finished every script I’ve started since then.

I offer the following as a kind of Tips n’ Tricks ‘rough guide’ to getting that first draft locked and loaded, in the hopes that you, dear reader, are not besieged by this irritating affliction.

WRITE A TREATMENT/OUTLINE: A breakdown of your idea can be crucial, allowing you to have a clearer framework for your script ahead of time. It’s much easier to rewrite that initial fifteen-page outline, than it is to go back over ninety-odd pages and fix those nibbling problems for the second draft. A treatment, or even a one-page synopsis of your idea, can prove vital in determining the viability of your story as well, and I recommend taking this step first. Even if you hate treatments. Especially if you hate treatments. You’ll thank yourself later during that umpteenth rewrite.

SET DAILY/WEEKLY TARGETS or MAKE TIME TO WRITE: Common wisdom is to write every day, and a benchmark minimum of 10 pages is often suggested. I’d suggest a more doable schedule, especially if you have other commitments. Start smaller, perhaps, at 5 pages every other day, or if you tend to think more in numbers, allocate a certain amount of words to be completed by a certain date. In short, work your writing schedule around your life, not the other way around.

STEP AWAY FROM THE COMPUTER: Whenever I’ve been stuck on a plot point, or I’m uncertain about the structure of a script, I’ve forced myself to leave the computer, and done something else. The pub, shopping, housework, carnal relations with your partner – whatever floats your boat, get away from the devil machine once in a while, your sanity depends on it. Writing may be a solitary business, but remember, you have a life too.

RIP IT UP, START AGAIN: I love this step, mainly because it has the added benefit of letting you shout at the computer, which never does what it’s told anyway. Too many times, I’ve made a start on a script, and about a third of the way through, something just isn’t clicking. At this stage, I usually go back to square one, and start again. This is where your treatment comes in real handy. If you’ve got your story worked out before hand, the actual scripting stage can be massively improved by pressing the delete key.

ENJOY THE PROCESS: This might seem like a misnomer, especially if you’re besieged by that sinking feeling every time you sit down at the computer, but if you don’t, or can’t, engage with your work, what’s the point? If it’s not fun, make it fun.

FADE OUT – WHAT TO DO NEXT:

Congratulations, you’ve written the first draft and are ready to begin the second. But beware, because it’s not as simple as you think. Now cometh the hard work.

Thanks Steve! If you have something you’d like to share in the form of a guest post, contact me on Bang2writeATaolDOTcom: we’ve had SO MANY differing views and articles from Bang2writers, including confidence, music, competition placings and sales strategies – and they’ve not stopped there! We’ve also had guest posts on adaptation, film criticism and novel writing – as well as a story about rescuing a duck! Make sure you click the “guest post” label below and take a look.

previousMake The Most Out of CeltX Book
nextGenre Vs Drama: Right At Your Door