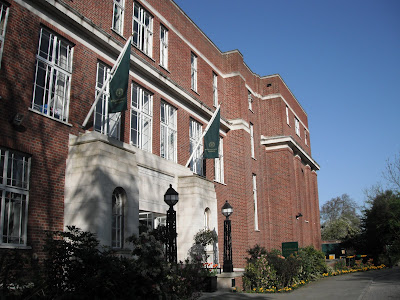 This weekend just past was The London Comedy Writers’ Festival. And what a weekend it was! I had a great time. Much as I loved the first London Screenwriters’ Festival last October, I actually spent at least 1/3rd of it with my head down the loo – not because of some weird initiation rite courtesy of festival director Chris Jones either (I was newly pregnant! Timing or what!). So it was FAB to really get involved and not have to rush off what felt like every five mins this time! 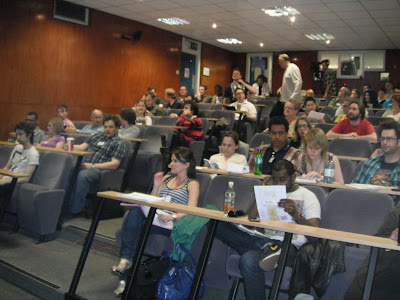 I moderated “The Chain” at 10:30am on the Saturday, with Pozzitive Production’s David Tyler and the BBC’s Simon Wilson. This session was about how writers, independent producers and commissioners all work together to get stuff to the screen. The last panelist, writer Sara Pascoe, rocked up lated at 11:20! C’est la vie. I thought the session went really well, with both Simon and David making excellent observations about the development process, format and presentation skills for the people there, with David offering some very interesting and witty anecdotes about his experiences too. Delegates may also have seen me rushing (make that waddling) between sessions, tweeting and Facebooking and also making random announcements at the beginning of other people’s sessions about lost handbags and room changes. I also did a few hours of “informal networking” on the sunday in the Quad, so if I met you at any point: HELLO!

What I loved about the event was the buzz and the ethos of “getting out there and doing it”. In every session speakers highlighted the need to get on with one’s work regardless, don’t wait for others to come to you. The personal high point for me had to be meeting Jessica Hynes and Stephen Mangan, because I totally loved both SPACED and GREEN WING. Jessica and I had a great chat about what I call “intuitive scriptwriting” – ie. NOT following formulas and page counting etc, but using structure as a foundation – and Stephen Mangan revealed a shall we say TOUCHING concern for my kids:

STEPHEN MANGAN: (indicating my pregnant belly) So is this a first one for you?

STEPHEN MANGAN: So where are the other 2?

STEPHEN MANGAN: (mock outrage) So basically you’ve ABANDONED them to come to this?

Haha! Love it. My son, the Male Spawn, was especially jealous to hear about my meeting these two, so I could bask in the glory of being a “cool and connected Mum” – for about three seconds. Hey ho! 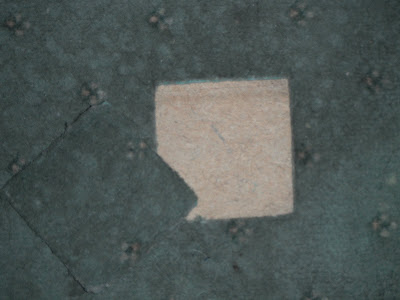 The downside of the weekend was my hotel, which was quite possibly one of the skankiest and noisest I’ve been in for a while (though this one, in Edinburgh, STILL beats it hands down). You can see photos of both ComedySWF AND the hotel of evil below and you don’t have to be my FB friend or even on Facebook to see them cos they are public albums. So enjoy!

Can’t wait for London Screenwriters Festival 2011 this October. Are you coming? Let us know! Also, if you have a blog about your experiences at ComedySWF or more photos, then do post to our wall on Facebook or tweet us the link.

From 2007: The worst hotel in the history of the world? Quite possibly.

previousGenre Vs Drama # 2: Master of None?
nextGuest Post: Improve Your Prose With Poetry by Alexis Bonari