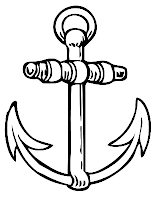 Many thanks to Bang2writer Owen Salmon, who asks this question about sluglines, aka scene headers:

“The “time” of a scene sometimes is a problem. Let’s take, for example, and interchange between Joe in the bedroom and Jim in the en-suite bathroom. It carries on for a minute. So we have INT. BEDROOM – NIGHT. and INT. BATHROOM – NIGHT (or SAME TIME, MOMENTS LATER, whatever) interminably. I have many pages with “MOMENTS LATER” throughout… Is this necessary? I mean obviously changes in “time” need to be reflected, but if there is no change in time, is that not just read in?”

Owen makes a good point here: sluglines/scene headings in spec scripts are often littered with timings, when none are really needed. If I was to take his example here, a scene between Joe in the bedroom and Jim in the en-suite bedroom, I might instead not bother with the notion of “overt time” and write it like this:

Joe tests his single bed. It groans under his weight.

JOE
This place is a dump.

Jim checks the bathroom cabinet: no complimentary toiletries. Through the open door, Joe’s reflection switches the light on and blows the overhead light, plunging both men into darkness.

Instead of setting up a whole new slugline for the en-suite bathroom then, I’ve just made sure the reader knows we’re in another room, but essentially it’s the “same time”. I’ve seen it written like this in many, many scripts – both spec and commissioned – and I’ve certainly NEVER heard anyone complain about it.

It’s very easy to get “hung up” on so-called “rules” but for me, the important thing re: format is not getting busted. I don’t believe this will “bust” you – as a reader I’ve never remarked on it in script reports and as a writer, no one has ever once said to me, “You know what I hate about your scripts? The fact you don’t ever put MOMENTS LATER or SAME TIME.”

While I’m discussing sluglines/scene headings however, there is one thing that WILL “bust” scribes and that’s overly detailed/overly long ones. Writers often seem very hung up on letting the reader know EXACTLY where we are, to the point of the script’s detriment. For example, this kind of thing:

EXT. CALVIN ROAD, NEAR THE KEBAB SHOP ON THE CORNER – NIGHT

EXT. A HUGE MOUNTAIN RANGE WITH A WINDING RIVER – DAY

The problem with sluglines like these is, they’re quite distracting to the reader and “draw the gaze”. Sluglines/scene headings are just “anchors”, we don’t need all the detail here. After all, what’s wrong with:

The biggest offender I see are addresses in sluglines/scene headings. Writers seem to get really, really hung up on *which* house we’re in and exactly *where*, yet most houses will have bedrooms, a kitchen, a living room. We all know this, ‘cos most of us have lived in a house or at least a flat, which is just a smaller version. Yes, if you have more than one house in your script, then it’s advisable to give a little more information, ie:

But giving the whole address, colours of cars, location details etc – does it matter, REALLY? And if it doesn’t, why bother?

I’ve actually seen sluglines/scene headings go on for as long as three or four LINES. True story. Keep them as your “anchors” and as short as possible, not a sneaky way to shove information in there as the “way” you see the scene.

For more on format issues like this, check out The Format One Stop Shop.