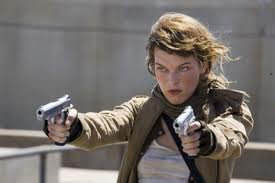 I hear a lot from writers who say they *can’t* write a particular genre – or that two different genres are MILLIONS OF MILES APART from each other and are thus “different skills”.

Writing is the SKILL, genre is just a part of craft. Whilst we all probably agree talent cannot be taught – some have it, some don’t, some develop it themselves over time – craft definitely CAN be taught.

For one thing, none of us suddenly wake up one day with a knowledge of all the elements of HOW to write a script. We may have absorbed a lot of the techniques via osmosis as we’re all bombarded with media products every day, but we still have to learn to make the words physically appear on the page, interest our potential audience AND (perhaps more crucially) MAKE SENSE. No mean feat AT ALL. (This is why I get so annoyed with people who say Media and English students are dossers who just mess about for three years, or those working in the Media already don’t work their arses off… Perhaps those naysayers think the programmes on their televisions, the movies at the cinemas, the tunes they download or the books and magazines they buy just appear by MAGIC?)

Going back to genre then, it’s defined in the dictionary as “a class or category of artistic endeavour having a particular form, content, technique, or the like: the genre of epic poetry; the genre of symphonic music.” 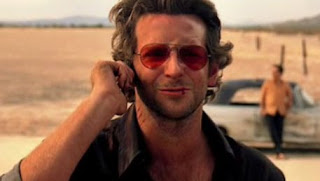 Immediately from the above definition it’s apparent that all that separates say, Horror from Comedy, are their CONVENTIONS. At its base level, the difference is clear: Horror is supposed to be scary; Comedy is supposed to be funny. Two VERY different things. But then, a Horror-Comedy is supposed to be BOTH – and very many writers have successfully nailed this sub genre type and provided us with films both scary AND funny and no one in the audience says, “Hang on a minute, that’s not SUPPOSED TO WORK!”

Let’s expand on convention, beyond Horror being scary and Comedy being funny. Horror and Comedy have very particular conventions. In a Horror, there is usually a *threat* of some kind that needs to be vanquished by a certain time, else they all die: a serial killer, a big monster, the people themselves within a group dynamic perhaps. Thanks to the like of ALIEN over thirty years ago, female characters in Horrors have carved themselves a niche in this genre; though we still see the rather typical “damsel in distress” role functions and those heroines who DESERVE to get carved up/eaten (le sigh), we are *just* as likely to see female characters who are flawed, smart and even those telling the men to pull themselves together. If nothing else, we have the likes of Alice from the RESIDENT EVIL movies to fall back on: she’s gorgeous, she kicks ass and she’s more capable than any male character who crosses her path, even those she actually likes. But most of all, there’s very often a female character who is the leader, not a man; she frequently is the lone survivor or at least the one who ensures *someone* gets out with her. 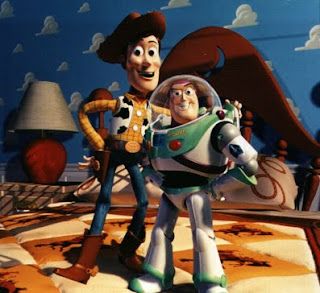 Comedy, in comparison, is a very male domain. Comedies can be very diverse in terms of content, but boiled down most often deal with scenarios where a character has to do *something* by a *deadline* or *this bad thing happens* and there’s *much hilarity* as the character struggles to achieve this in time. The Buddy Movie – very often a Cop Movie, but sometimes taking in Frat Brothers, animals and even toys like in TOY STORY – is a staple of this genre and not only has a male protagonist, but very often places his second in command as a male as well. Frequently in this Bromance age, the problem relies on doing *something* for a woman or more crucially, BEFORE A WOMAN FINDS OUT – ie. in THE HANGOVER, where the guys must find the groom BEFORE the Bride discovers their misdemeanour and goes mental at them. (The Romantic Comedy sometimes offers us a female protagonist – I’m thinking Sandra Bullock here – but in the post-Judd Apatow era of men finding luuuurve and learning to “better people” and ditching the Playstations and beer, I would argue we see female protags in the RomCom less and less nowadays).

But let’s look at those boiled down versions of the genres again:

Horror: A threat that needs to be vanquished – by a certain time. A bias towards female characters, especially as the leader of the group and/or lone survivor.

Comedy: *Something* needs to be done by a certain time – or else. A bias towards male characters, particularly as small groups – with two males or “buddies” often dominating. 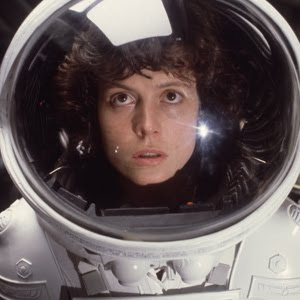 Looking at the two genres under the microscope like that then, they’re not *that* different, are they? Both rely on a deadline of some kind, what differs is what they’re actually doing – and who’s doing it, plus why. In short, it’s all about EXECUTION.

I’ve worked with many writers who’ve said they “really want” to write a Comedy, a Horror, a Thriller, a SciFi, a *whatever*… but “can’t”… Those writers will not accept my belief that actually, if you REALLY want to, you can write ANYTHING. I don’t write SciFi because I DON’T WANT TO. I write Thriller because I love them; but I had to LEARN what makes Thrillers *work* as a genre.

A common rebuttal is “but I’m not funny” when it comes to comedy – but comedy is a matter of taste, not handed down by God/Fate/Richard Dawkins/Dr Who to a Chosen Few. I’ve read copious amounts of comedy scripts that I’ve not thought funny in the slightest, yet others have thought absolutely hilarious and vice versa. Comedy is about finding your audience’s “funny bone” – what do THEY want and find funny? I really enjoyed JUST FRIENDS – not just for the stupid quips and *ridiculous* songs by Samantha (“ASSHOLES! YOU GUYS ARE ASSHOLES!”), but the huge number of comical scraps, especially between Chris and his younger brother, which were funny to me simply because I remembered having scraps like that with my OWN siblings. Not one bit of that is necessarily funny ON THE ACTUAL PAGE, because so much of comedy relies on the performance.

There’s absolutely no reason you can’t write in ANY genre if you are prepared to put the work in. Genre is craft. Craft can be learnt. So learn the conventions of the genre you want to write. Watch all the movies in that genre, big and small; read all the scripts. Go to events, learn about it. Read articles, blogs, soak it all up.

You CAN do it.

1 thought on “Genre And Craft”

previousSouthern Script Fest, March 27th 2011
nextMake The Most Out of CeltX Book