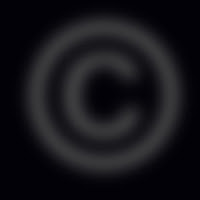 I posted recently about WHY people out there in the big scary world of scriptwriting WON’T nick your script or idea. Whilst many writers reacted favourably in the blogosphere and Twitsville, I was still surprised by how many insisted I *had* to be wrong, sending me links to various cases where scripts have apparently been “stolen”.

But let’s break it down:

– No personal experience? Interestingly, NOT ONE WRITER who sent me links mentioned they had had their work PERSONALLY stolen. Instead, they were sending me links to cases they had read about on the internet, most often on message boards. I always find it really interesting that writers, whom I often find to be those most LIKELY to challenge conspiracy theories in the news, etc, nevertheless entertain *this* one so readily.

– The myth’s the same, but the stories have changed? When I first started script reading donkey’s years ago, the most oft-remarked upon case I personally came across was that of the Eddie Murphy film “Coming to America”. This time, it was instead the notion that a book by Sophia Stewart, “The Third Eye” had been stolen to create not only The Matrix Trilogy, but also the first part of the Terminator franchise. Needless to say I’m personally completely unconvinced – not least by Stewart’s assertions that The Wachowski brothers “couldn’t” have made up black characters like those in The Matrix (?) – but make sure you read the various posts for yourself, there’s even a documentary on Youtube.

– Different for Big Fish? Several writers contacted me asking my thoughts on the notion of “influenced by…” and plagiarism, citing the Harlan Ellison case against James Cameron regarding the first Terminator film. I was not familiar with this case until recently because I am neither a Cameron nor Ellison fan though, so it would be wrong for me to comment directly on the ins-and-outs of the case. However personally I think there is a HUGE difference between paying homage to those stories and people that influence you and your storytelling and actual plagiarism. The difficulty then is defining the what separates the two. I suppose to cover one’s back it’s worth getting involved that person behind the story that influences your own. However, even if you don’t, I’m still not sure it contributes to the notion of actual “stealing”, because otherwise surely on that basis ALL elements of storytelling are stolen from something else because, as writers are quick to lament, “nothing is 100% original”. As I’ve always said on this blog, it’s the execution that counts.

– Money Talks? Lots of stories on the internet talk of studios in particular “settling” with aggrieved writers over supposedly stolen scripts. Many writers who contacted me seemed to believe this constitutes an admission of guilt (from the articles it seems Sophia Stewart believes her initial offer does this too), but I think there’s another way of looking at it: why would a studio get caught up in a legal wrangle with a writer on a mission, when it can throw a little bit of money at the problem and make it go away? However, this no doubt adds fuel to the fire. But then, why would a big studio care? And the only loser in The Third Eye case appears to Stewart anyway. According to the article I linked to, she refused her settlement to apparently fight for ALL writers who’d had their ideas stolen… And where is she now?

So, despite a few Bang2writers’ best efforts, I’m afraid I STILL don’t believe scripts or ideas get stolen as a matter of course! And I’m basing this not on various stuff I’ve read or seen on the internet either, but on my direct, personal experience of reading scripts and being involved in script development for ten years, because basically it boils down to this:

I have never, ever, EVER seen OR heard a credible case of “script stealing” happen.

But anyway, don’t just take my word for it, check out these thoughts from other Bang2writers:

The Myth of Ideas Theft by Jared Kelly. Jared spent years and years working for Channel 4 here in the UK, so has read a HUGE stack of scripts.

A Few Words on Copyright By A Working Actor by Rob Talbot. Rob’s been in squllions of shorts and films, including my own, SAFE, nearly always playing the “creepy guy”! Many, many scripts have passed through Rob’s hands then and he’s dealt with a multitude of writers, directors and producers.

Amazon Studios are Evil! By “professional amateur writer” (his words not mine!) Antony Davies. Widening the margins a little here from JUST copyright, but lots of writers have asked me my thoughts on Amazon Studios and whether I think they might get “ripped off” by them too. Since I’ve not used Amazon Studios (and don’t plan to), I don’t feel I can comment OR recommend them, but Antony (despite the title of this blog post) is a keen advocate, so well worth a read if you’re thinking about taking the plunge there.

previousWriting Comedy
nextBuy Your CWF Ticket With Discount Code BANG2WRITE… Or This Bunny Gets It!!!