This Is A Call: More Sex, Please 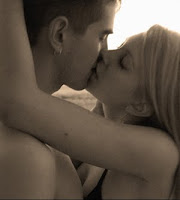 Okay, I gave you guys fair warning. Back in December 2008 I drew attention to the lack of sex scenes in the scripts I see. 2008!
And have you lot listened? In the last two and a bit years, have I been treated to MORE nice, juicy sex scenes???

I find it deeply depressing rape and sexual violence is so prevalent in specs and produced films – but even more so that scribes will think nothing of including rape AS A MERE BEAT in another character’s story, yet argue the toss over whether consensual sex is “needed” in an adult story. I find it quite extraordinary, if I’m honest. Where is the logic?

But let’s discard that for a moment: you lot know full well how I feel about rape-as-beat scenes by now (note: not films *about* rape/the effects of rape, ie. The General’s Daughter, which was amazing I thought). If you’re still sending me the former though, then frankly you DESERVE a good roasting, arf.

But let’s talk about sex, baby. I know we’re not supposed to, ‘cos we’re British and we’re above that sort of thing (apparently). Or like our French cousins might say – or at least the saucepot Elisabeth Pinto – “if we’re talking about it, we’re not doing it”. But screw all that (haha) ‘cos here’s FIVE reasons why we should talk about sex and consider using it in our adult stories:

1) Sex can BE the motivation. Sometimes we see Casanova characters – male or female – or more depressingly, prostitutes who reckon all people are whores in some way anyway, so at least they’re honest about their motivations in wanting to get paid for sex. I’m not talking about these characters; they’ve been done to death and are nearly always two dimensional anyway. However, if your character is TRAPPED in an unhappy marriage for example, what better way to signify it than an awkward, cold, or dull sex scene between them and their spouse? Yes, of course they could have a big argument. Yawn. Seen that, over and over again. But that sex scene could tell us FAR MORE about those characters in a few choice images than dialogue full of vitriol ever could. “Show it, don’t tell it”, remember.

2) Sex can BE a marker. Sometimes I see scripts that involves a relationship which goes wrong, especially in women-in-peril thrillers or the coming of age story (the latter particularly in the “coming out” story). Sex then can be brilliant at the beginning of the script – but difficult, embarrassing or even dangerous by the end (or indeed vice versa). But again, this “story progression via sex scene” is oft overlooked by scribes as a significant and useful marker for how things can change in terms of the story’s context.

3) Sex can BE funny – or part of other genres. I’m always surprised by the lack of funny sex in specs, even in adult comedies. Instead, these adult comedies will often rely on highly sexualised talk, principally use of the F word, which swiftly becomes dull as dishwater. Sometimes in gangster films there is veiled reference to oral sex, but very often it relies on cliche (the dollybird blonde giving the Big Don a blow job under the desk has been a fave for about ten years now, yawn). Horror rarely uses sex it seems in a truly horrifying manner, except the two teens who get bumped off while having it off – REALLY? I can think of SO MANY ways of making sex horrifying (without making it rape). I was a teenage girl once too and thought sex was automatically like that out of TOP GUN – thanks a lot, Tom Cruise!!! But teenage sex really is by and large CRAPPY sex, definitely for girls I’d wager (at least the fellas get their rocks off no matter what, haha).

4) Sex can BE a celebration of character. In the last two series of CRIME SCENE INVESTIGATION, Catherine was unwisely sidelined in favour of new guy Langston. Whether this led to a slide in ratings I don’t know, but the return to Catherine’s rightful place has been extremely gratifying regardless and was signified, in part, by none other than a SEX SCENE between her and cop boyfriend Detective Vartann. First, think of how unusual this is: Catherine is a “woman of a certain age” and though men can have sex anytime they want (usually with women young enough to be their GRANDDAUGHTERS even), Hollywood doesn’t normally tolerate any female over the age of about twenty five having it off on-screen. Second, think of how appropriate this was: Catherine is a highly sexual being (without ever being a tart btw) as well as highly competent CSI. Later on in the episode, Vartann asks Catherine to move in with him. Though Vartann has always been something of a cold fish with the rest of the dept, we can believe this sudden change in his personality because he’s so into her (literally and figuratively, haha), but fiercely protective of her new-found independence now daughter Lindsay has left home, Catherine refuses. This episode is a perfect example of how a sex scene can feed into characterisation and ADD to the story.

5) Sex can actually BE the story. Stories about infidelity and affairs are the obvious one here, but so can romances and coming of age stories. Most of us don’t live the life of nuns or monks and stories *about* sex don’t have to be a GUILTY pleasure, why be so uptight about it? We’re not talking about porn here. When I think of my favourites, BETTY BLUE of course jumps out a mile, but so does TALK TO ME, a 2007 TV drama on ITV with acres of sex in it. Yet I see very few scripts that follow this sort of line and I always wonder why. Personally I would like to see LESS violence and more consensual sex on TV and in films. Why not??? We’re often treated to extended torture/violence sequences that do little to advance to the story anyway, so if your argument is that violence is somehow more story-inducing than a sex scene, I find the logic flawed.

And last of all, an extra one:

6) Give your reader a rocking good time, it’s another great first impression! I remember the scripts with GOOD sex scenes (and by “good” I mean those that are “well drawn” and fit into the context of the story well, whatever that means). And not because I’m a pervert either (though that much is true) but because they’re UNUSUAL. When so much of this biz is “standing out” from the rest in order to get noticed, can you afford to ignore simply sex as part of the narrative, just because it makes you feel a little uncomfortable to write it?