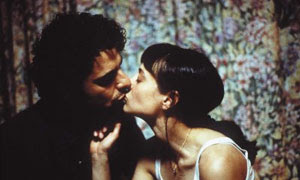 I’ve written on this blog before about back story and how it shouldn’t take over from “present events”: too often a spec script puts too much thought into back story, so the story we’re *supposed* to be watching lacks “forward thrust” (oooer).

Bang2writers often believe they must put MORE back story in, at the expense of “present day” plotting, especially when it comes to secondary characters in feature-length scripts – and let’s face it, we’ve all done it and probably will again. But it’s important we realise this means we will be set off at wild tangents as we struggle to justify our secondary characters’ own motivations and/or fall back on cliche in order to do it. This can’t be a good thing in terms of “good” characterisation or indeed plotting.

The lovely Andrew Tibbs has contacted me via my Twitter, asking the following question:

“The main character has a perfect life until his father dies and he ends up with his estranged mother. At first I wanted to portray her as someone who has had a hard past herself (ie. drugs or abuse) but then, all women end up portrayed like that… But because of the overall story, I don’t really want her to become a bigger part in terms of the main storyline.”

Character motivation is a toughie because give secondaries too much and they have a tendency to take over. Bad script readers never seem to realise this and always say, “give the secondary more back story” — um, no. The story is generally about the protagonist; if secondaries were *more* important, this would either take away from their journey or you’d have to restructure and make it an ensemble cast (and even then, that wouldn’t necessarily work; end of the day, there is a limit to how many “in-depth” characters an audience can “take” in 90-120 minutes).

If we look at all the great secondary characters, they actually have quite “light” back stories – usually one or two *things* about them. For instance, Nick’s wife in Lantana (a drama and an ensemble funnily enough, if you haven’t seen it – do) was a great secondary character because of her neverending belief in his innocence, based on her trust and love for him. We know this because when the police ask her why she thinks Nick is innocent, her reply is totally to the point: “Because Nick told me.” Because of the way she was played before this moment, we know her belief is true and honest and not that she is a doormat/idiot either. We know very little about her otherwise, but she pulls her weight brilliantly and does not threaten to overtake the story in any way.

My advice for Andrew’s story would be this, then: have one or two elements about the mother that tell us what we need to know. Just because someone is a mother, doesn’t mean she ever wanted to be or hasn’t become resentful of children over the years. *Some* women, like *some* men, are absentee parents through their own choice, because they simply cannot be bothered raising their kids. This seems quite shocking, because we *traditionally* associate women with nurturing roles. (Note that when I say “absentee”, this could mean either literally or figuratively; a parent can be “absent” living in the same house as their child).

Yet I’m always surprised by how little I see the absentee mother in scripts. Instead too often female characters who are BAD mothers are drug addicts and/or have been abused themselves, somehow automatically “accounting” for their bad behaviour towards their children. But what if they simply don’t like or are disinterested in, children or their welfare? I’ve had friends and acquaintances who’ve had this unfortunate experience, yet say they hardly ever see this experience reflected in movies and TV shows.

Any more thoughts for Andrew? Over to you…