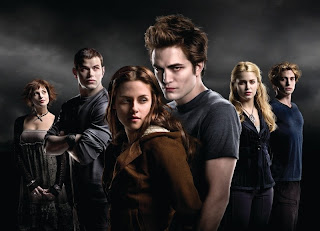 A friend of mine at some point in the last year and a half asked me if I’d seen Twilight yet. I said no, because I hadn’t (and still haven’t), and asked her what she thought of it. She said it was bad, but that it was way better than the book, which she found utterly insufferable. As such, there was a case made for one medium proving a superior means to tell a story. Twilight’s failings as a work of literature were turned, at least partially, into successes.

One definition of fidelity criticism reads as “The criticism of translation which depends on the notion of the text as having a single correct and permanent meaning, which must be respected by the translator, instead of the polysemous creation which the text in fact is.” This goes for adaptations as much as it does translations; a bad book can become a good (or at least better) movie, and a bad movie can come from a very good book.

This isn’t so cut and dry, though. Consider the Harry Potter franchise, for example, and how Chris Columbus’s straightforward treatments of Sorcerer’s Stone and Chamber of Secrets were vastly inferior films to Alfonso Cuaron’s Prisoner of Azkaban. Columbus presented his films as mere sequences of events and they suffered as a consequence; Cuaron privileged the storytelling potential of cinema over accuracy and yielded a better standalone feature. There’s also Peter Jackson’s Lord of the Rings films, which cut down on the backstory and history in favor of a much faster pace, making Tolkien’s story considerably more accessible than it is as a novel (not that the novels are bad, per se, but their appeal doesn’t necessarily transcend genre as well as the adaptations do).

There’s also cases like Mike Winterbottom’s treatment of Laurence Sterne’s The Life and Opinions of Tristram Shandy, Gentleman (a novel described many times as “unfilmable”) as A Cock and Bull Story. Instead of presenting the narrative of Tristram Shandy verbatim (which would be borderline impossible), Winterbottom instead captures the spirit of the work’s digressive, sometimes almost incoherent style by weaving the Tristram Shandy story in and out of a story of the making of the movie. He captures the metafictional elements of the work in a way that could only be achieved by choosing not to make a straightforward adaptation, which would have been an aggressively bad, painfully unpleasant film to watch, devoid of the pleasure of either the novel or the film. 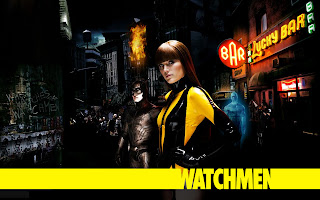 For more straightforward examples consider Alan Rudolph’s adaptation of Kurt Vonnegut’s Breakfast of Champions, described by the author as “painful to watch,” or Zack Snyder’s ponderous, overlong treatment of Watchmen (though its author, Alan Moore, refuses to have his name attached to any adaptation of his work after a dreadful reworking of The League of Extraordinary Gentlemen in 2003). Breakfast of Champions tries too hard to push the social commentary that Vonnegut got away with in the space of his novel, and he renders the characters unbelievable and unpleasant to watch in the process without benefiting in any way from doing so. Watchmen was described by its detractors as being too loyal to its source material to be effective or to find a mass audience, and thus bombed terribly at the box office.

It’s not as clear as a good book making a bad movie or vice-versa. It’s much more a question of taste, of the source material’s accessibility, and whether or not it’s designed to succeed more clearly in one form or another. Straightforward adaptations, however, almost always hurt far more than they help.
——————————————-
Many thanks A. Hall for this guest post.
——————————————-
ON THIS BLOG BEFORE ABOUT ADAPTATION:

Notes On A Scandal: A Case Study

War of The Worlds: A Case Study

The Art And Business of Adaptation – notes (5 posts)

5 Films That Didn’t Get The Book

Show Me the Money: Adaptation