Big congratulations to my fellow Dorset-dweller and Athena Screenwriters 08/9 graduate, Trudie Shutler who won The Script Factory’s recent Development Scheme. Here’s a few words from Trudie about her thoughts… Enjoy! 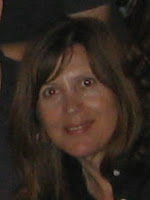 “I’ve spent the last few days worrying that it’s all been a terrible mistake: that I’ll get another phone call from Lucy Scher at The Script Factory telling me that my script hadn’t been selected for development, I won’t be getting a £1000 and I won’t be having lunch with Peter Morgan at a top London restaurant. As you can tell, I’m used to disappointment. But not today! I got up this morning, logged in and found an email from Lucy informing me that the agreement was posted last night. I can’t tell you how excited I am.

I was at the beach last Friday (really – it was a beautiful day and Hengisbury Head on the Dorset coast is one of the loveliest places in England). Lucy Scher rang me to tell me that my script had been chosen as the winner in a new scheme being run by the Script Factory culminating with the script being submitted to BBC Films.

Lucy caught me completely by surprise that for a moment I couldn’t even remember which script I had sent in. I’m pleased to tell you that it was a script I’d worked bloody hard on and that, with their help and support, will be developed and packaged ready to be marketed. I feel like all that effort has been worthwhile. “The Boy Without a Heart” is a noir/rites of passage story about an unrepentant teenager released from detention into the care of an exclusive boarding school where he discovers that he is the star lab rat in a dangerous experiment aimed at stopping him from reoffending. I look forward to meeting and working with Lucy Scher and the other members of the development team at the Script Factory.

Sorry if I sound a trifle smug. I just can’t help myself! And whilst I’m showing off, I also found out yesterday that the short film I wrote and produced for the 2 Days Later competition (“A Boy’s Best Friend”) has been shortlisted for best film. You wait years for a bus, then 2 come along at once.

Unfortunately, I won’t be able to attend the 2 Days Later screenings in Margate as I’ll be working as a volunteer at The London Screenwriters Festival at the end of the month (I was a volunteer at Cheltenham last year) so look forward to seeing lots of familiar faces again. And if we haven’t met, be sure to say hello (check out the photo!).”
____________________________
Thanks Trudie! And there’s nothing wrong or “smug” about sharing the good news AT ALL – I think more writers should, in fact, which is why I always encourage writers to share their contest placings in the guest posts. But we’ve also had guest posts about screenwriting craft, music, seminars, opinions on the industry, novel writing and even rescuing ducks! (Check them all out here). If you have a guest post idea for “Write Here, Write Now” please do contact me on Bang2writeATaolDOTcom.