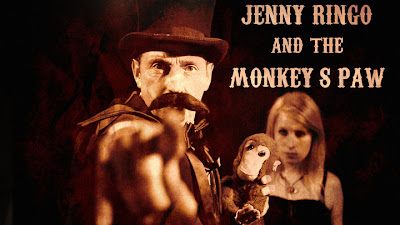 I love to hear about writers just getting out there and bringing their characters to life by making their films themselves, so I was only too happy to hear about Chris Regan’s short film… Enjoy!
——————————–
As a writer I find there are some characters you create to fit the parameters of a particular project, and there are some who create themselves and wait for the right story to come along. Jenny Ringo was always the latter.

She started as a character in a short story I wrote when I was 17. She was a thief in that story, then a journalist in another and by the time I got to university she had graduated to being a photographer with a sideline in witchcraft. Her profession continued to vary, but the witchcraft stuck. When I moved from writing prose to writing screenplays she followed. She did her time as a secondary character for a couple of scripts, but when it came to writing the final assignment for my Scriptwriting MA I gave her centre-stage. 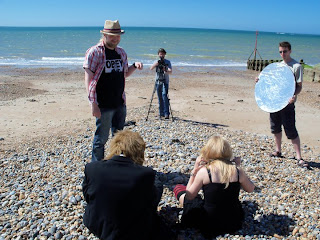 When I read the feedback on that last script I realised I had a problem. I was starting to get my first taste of working with directors and producers and was discovering the necessity of compromise in collaboration. But Jenny had been around almost since I started writing. She was who she was. I was not willing to compromise with this character.

I moved on, worked on a couple of scripts without her. She came back though, in a script I wrote a couple of years ago. She was the same as she ever was and I realised how much I’d missed her. But the feedback on that script brought me to the same conclusion. She was never going to change, only now I knew enough about the industry to realise she would probably never make it to the screen as a result.

Unless I put her there.

So despite my incredibly limited experience I decided to direct a short film. The challenge was to take a script that was based entirely on my own work and see it through to the end. If there were to be any compromises, any fundamental changes to the character I would be the one to make those decisions. 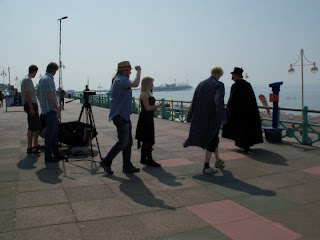 I brought in some very talented friends for the crew and filled the gaps with very talented friends of friends. When it came to casting I deluded myself into thinking that the perfect Jenny would just happen to turn up when we started auditioning. Funnily enough, this is exactly what happened, but at the time I was so preoccupied with finding someone who perfectly matched the image in my head I almost didn’t see it.

We shot it over the summer and recently finished editing the first cut. It was overly ambitious and really hard work but it was absolutely worth doing. I learnt so much from the process because all the mistakes I made were my own. There was no one to blame and I didn’t look at my script afterwards and wonder if it could have been done differently. I don’t necessarily believe that all writers should turn to directing, but I do think that putting your script through this process and seeing it through to the end product is an incredibly valuable experience.

No matter how the film turns out, the character I’ve been writing about since my teenage years now exists outside the pages of rejected scripts and unfinished stories. I’m looking forward to introducing her to the world.
———————————————
Thanks Chris! Can’t wait to see the finished film.

Want to find out more? Here is the Facebook Page for the film – join now.