Guest Post: 5 Films That Just Don’t *Get* The Book

When Mark from LocateTV asked me if one of his team could write a guest post for the blog, I was only too happy to oblige! Melissa Campbell writes here about adaptation and how books don’t always *get* what the source material was truly about. For those of you who don’t know, on LocateTV you can check local TV listings throughout the US, the UK and Ireland, and you can set up email alerts to let you know when your favourite show or actor is on. Enjoy…
———–
We often groan when we hear a film is based on a best-selling novel. It’ll never be as good as the book, we say. And while there are plenty of films that actually succeed in capturing the essence of a great book and adapting it to a new format, many, many more just don’t come close.

Here are five films that simply did not seem to understand the point of the books on which they were based.

**NOTE: Some paragraphs contain spoilers and are marked accordingly** 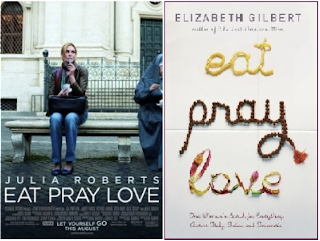 Starring Julia Roberts, this film was fairly well received critically, but reviews on Rotten Tomatoes aren’t so kind: they mostly felt the movie was boring and lacked any real heart.

But the main problem I have with it is the simple fact that for a film about rediscovering one’s spirituality and sense of self, there were tons of shameless product tie-ins. At World Market or on the Home Shopping Network, you can buy Eat Pray Love official gelato machines, jewelry, and window shades. And if that makes you feel a bit self-centered and consumerist, well, why not spend $4.99 on the official Eat Pray Love prayer beads (found in the Decorative Accessories section of the World Market website) and use them to meditate on your $359.99 Eat Pray Love Indonesian oversized bench with a cushion? 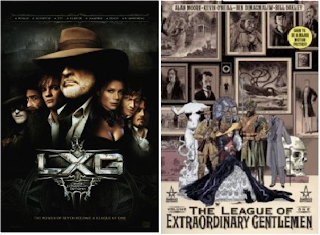 This film is based on the graphic novel by Alan Moore, so it should be stuffed with references to Victorian literature and complex, flawed characters.

In the film, however, the characters were changed to appeal to a wider audience. Allan Quartermain (or Quatermain in the novel), for example, was changed from an opium-addicted hermit to someone who was only hiding from the public. Mina Harker was changed from the leader and recruiter of the League to a vampiress who is recruited by Quatermain – because everyone knows a normal woman can’t go around leading a league of Victorian superheroes. The producers also added Tom Sawyer, as they didn’t think Americans would like a film without an American in it. 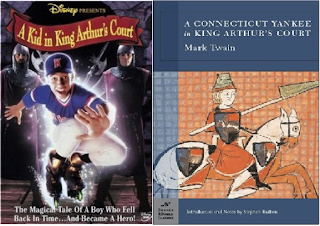 This film is based on A Connecticut Yankee in King Arthur’s Court, Mark Twain’s satire on the arrogance of industrialists. In the book, Hank Morgan gets hit on the head and wakes up in King Arthur’s England. With the best of intentions, he tries to force the people to accept the ideals and beliefs of Industrial America: that progress means mechanization and that superstition only impedes progress. He uses superstition, however, to convince them that he is more powerful than Merlin, and he is ultimately undone by the Church’s grip on the people. He is sent abroad under the advice of doctors caring for his ill child, and in the meantime, Arthur and Lancelot go to war over Lancelot’s affair with Guinevere. Arthur dies, Merlin casts a thousand-year sleeping spell on Hank and England has a power vacuum that the Church fills. Much like a Seinfeld episode, there is no hugging and no learning at the end.

In the Disney version, Calvin Fuller is a weedy nerd who is somehow on the baseball team, even though he always strikes out. During one game, he falls through a crack in the Earth into the court of King Arthur. After showing off all of his hi-tech gadgets, including a CD player and inline skates, Calvin accidentally proves to Arthur that he is the ‘saviour’ Merlin predicted. Calvin helps Arthur retain the crown and is returned to the twentieth century, just in time for the Big Game, where he hits a homerun. Like every other Disney film, there is plenty of learning and hugging, with no ambiguous motivations or characterizations and obviously no critique of modern sensibilities. 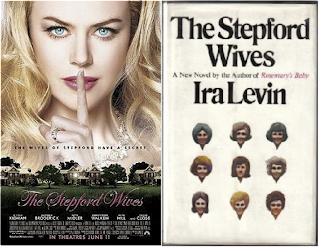 In the book, the women of the town, who previously were independent-minded individuals, were replaced by robots that obeyed their husbands every command. The protagonist, Joanna Eberhart, tries to uncover and then foil the plot, but in the epilogue it becomes clear that she too has been replaced with a docile wife-bot.

In the 2004 film, the women were controlled by microchips implanted in their brains, which is weird enough, especially considering one of them dispensed money from her mouth earlier in the film. But instead of being turned into a robot as well, the film version of Joanna foils the plot to keep the women sedated, and she also gets help from her husband.

That ending is completely unsatisfactory. There’s something about a happy ending to a dystopian tale that just doesn’t fit. Why is she able to resist the microchips when her fellow ‘strong women’ were not? Beyond that, what is there to learn if someone can just break free of that situation? The point of dystopian stories is to warn us of what could happen to humanity if we allow unsavoury parts of society to continue. In the book, we get a chilling look at what happens when an entire section of society is forced into subjugation. In the film, we learn that if men try to force women into prescriptive gender roles, well, it’ll be okay in the end. 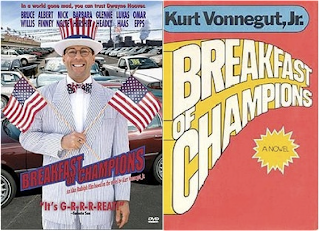 Kurt Vonnegut has always written exposes of novel-writing in the form of novels. His experimental, deconstructionist style doesn’t necessarily lend itself to a straightforward plot, but you know you’ll be taken for a wild ride. Breakfast of Champions follows Dwayne Hoover’s breakdown: he believes that pulp science fiction writer Kilgore Trout’s novel – which claims that the reader is the only sentient human and is surrounded by robots – is literal truth. But at the end of Breakfast of Champions, the narrator tells Trout that he exists and can act independently, then the narrator allows Trout to go and act under his own free will. This is an interesting comment on the fact that characters in a book never react to things – they act in the exact manner that the author sets out, which like Hoover’s literal interpretation of a book, has implications on various religious beliefs.

Sadly, however, the movie is just a collection of kooky, crazy and otherwise eccentric characters self destructing in Middle America.
—————————
Thanks Melissa and Mark! Great stuff there… What do you think?

previousNever Give Up – Except When You KNOW You Should
nextYour Audience: Who Is Your Script FOR?