A Look In The Spec Pile: God Exists… In Movies? 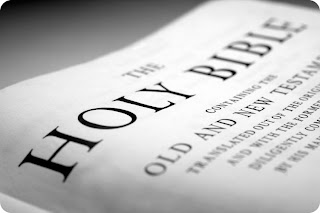 I’m always surprised by the number of scripts involving God and the Devil (or other deities, concepts or allusions relating to religion) which fall on my desk. Not because they’re written at all, far from it: religious texts are rich with stories and God or Jesus (and/or their equivalents) are arguably the *first* protagonists written down, so it stands to reason they would inspire others. What surprises me instead is how many are written self-professed ardent NON-BELIEVERS (some going so far as to describe themselves as atheists). Hell, I’ve even written one myself.

Predictably, many of these spec scripts are cynical about religion: God is painted as vengeful, even a bully and many of the protagonists will be faced with trials akin to Job’s, only without his unrelenting faith. Jesus features infrequently in the spec pile, but when he does he’s invariably a hippy with flowers in his hair and not afraid of doing drugs or casual sex, lecturing others to do the same in order to be “free” and/or “happy”. Other scripts have nightmarescape arenas, where prostitutes and children disappear or are murdered with abandon and the police are impotent. More often than not, the trial the protagonist must go through at the behest of God or the Devil will take place in a sinkhole estate. All in all, most of them fall squarely in what I call the life is shit category when it comes to drama.

To me, the problem then with painting such dark pictures about the state of religion is clear: the story itself lacks emotional resonance and point to the journey. If we Set Up with religion as something that is only dark, disturbing and *wrong*, where can the story go? In short, scribes sometimes forget the STORY and instead want to get on their soapbox. This can’t work – and not because readers are offended, but because they can’t ENGAGE; the story has been pushed aside in favour of the message…There is no balance.

Another reason specs that paint religion in such a dark way don’t tend to do well or get made is because there are SO MANY in the UK spec pile that do this. Conversely, even an evil reader like me would like, just occasionally, to read a premise that involves religion and something that isn’t HELLFIRE AND BRIMSTONE. Variety is the spice of life, no?

So I thought I would take a look a few recent movies I’ve liked that have involved religion. Don’t worry: there are no spoilers.

Gabriel Byrne played a priest AND the Devil in 1999 (he was alongside Arnie in the crappy End of Days too), but it was here in Stigmata he shone, largely thanks to a performance by Patricia Arquette, the kind of which I had never seen before or since from her. The movie has a dark, nightmarish arena, but unlike its counterparts i the spec pile, it is mankind, not God, who is to blame. In fact, throughout the film the decisions of men – largely The Church – are under the microscope, not God’s actions (or inaction). It’s a fantastic study of human culpability and taking responsibility for the Sins of Our Fathers – and involves a great female role as the lead. If you haven’t seen the film, you really should. What’s more, on the DVD special edition it has an alternate ending that really IS worth watching, a whole new interpretation.

Bruce Almighty reunited Carrey with the team that brought us Liar, Liar and the Ace Venturea: Pet Detectives. Whilst it is nowhere near as good for cheap laughs as its predeccessors, it still has a certain appeal, even for non-believers. This is a world in which the existence of God is NOT questioned – he’s Morgan Freeman: and if it wasn’t him, it would have been Laurence Fishburne or Kris Kristofferson, YOU KNOW IT MAKES SENSE. It’s got some truth to it – wouldn’t you “right a few wrongs in your own life” if YOU were endowed with the powers of God?? – and plenty of farce and ridiculous schenanigans (Carrey’s trademark) and of course, it’s 100% preachy: funnily enough, not because it’s about GOD but because all Carrey’s comedies are – Liar, Liar anyone? “I LOVE MY SON!” Really. Cheese all the way and completely unapologetic for it… OH and by the way, the character of Grace (Jennifer Aniston) is another strong female role! Who’d have thunk it. Needless to say, I don’t think I have ever seen anything remotely like it in the spec pile!

Unquestionably my favourite of the three: a horror/COURTROOM DRAMA – it must have been a nightmare to pitch, though the fact it was a “true story” probably helped it along. There are strong roles for all concerned here: having caught it buried in the schedules one night on Film 4, I was absolutely engrossed by it. What’s amazing about this story is its neutrality: having posed the question of whether Emily Rose is POSSESSED or HORRIBLY MENTALLY ILL, the film comes down on NEITHER side – they literally have their cake and eat it – and crucially, it works. I was totally in awe. Again, another good one to put on your LoveFilm/Netflix queue if you haven’t seen it yet.

7 thoughts on “A Look In The Spec Pile: God Exists… In Movies?”