As regular readers of this blog know, Bang2write is well up for DIY Filmmaking, so when long term Bang2writer Peter Spencer and colleague Iain Cash told me about their no-budget film Towns, I wanted to hear all about it! Iain has very kindly agreed to fill us in… Enjoy! 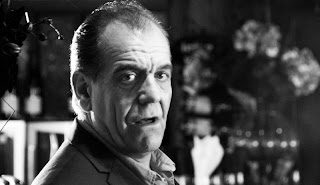 —————————
” “Towns” came about because I want to make a film called “The Last British Execution” which is an idea I had a long time a go and my colleague, Peter Spencer took all my sick ideas and put them into a fantastic dark comedy script. However to make this film would require money and a budget and not too many producers/funding bodies want to give funding to an unproven film director. So I decided that as a freelance camera man and part time actor, I had all the equipment and contacts to make a no/low budget film to prove that I can do a feature film.

I looked back through my scripts that I had written over the years and found many un-made short films as well as ones I had filmed, and several of them went together quite nicely. I started to work on the idea: all the characters of the film are in one particular town and the camera would fly through this town, showing a few minutes of each character and what they were getting up to. But the more I wrote the more the characters grew so in the end, I decided to stick to three story lines around 6 main characters. 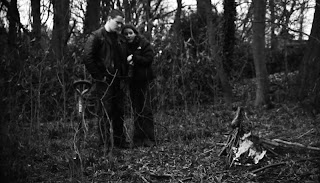 The opening to film is based on a short I made back in 2004 called “The Jumper”. “The Jumper” is a black comedy about a woman that is going to jump from a building to end her life, and while she is on the roof she meets Brian, an uncaring man who is only there to get his readings for the weather (watch it here). I thought The Jumper was a great starting point and used it as the start for “Towns”.

This man’s death death starts a chain of events: a woman feels guilty for the death of her husband and wants to end it all, but can’t so she hires a hitman to do it for her; we meet a couple who want a home but can’t afford one and hatch on to idea that if someone is murdered in a house, the price of that house would plummet; we also meet a dodgy nightclub owner who wants to earn more money and starts up his own protection racket. 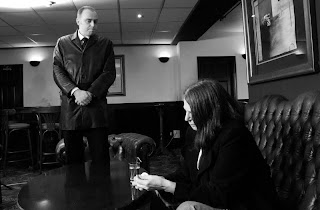 So using my own equipment and actors that I had been in plays with over the years, and finding willing locations we started to make our no-budget feature. It has been a good ride and have had a lot of fun, but it has been difficult also: organising times when we can get into places, asking DIY stores if we can film in their shops where we are buying tools to get rid of a body (that wasn’t easy) and generally trying to get away with as much as we can. I knew before we were filming that I was onto something good because people where so keen and my colleague Peter Spencer had just done a quick polish on the script; people where raving about the humour in the film.

So I’d say that we are 95% of the way through filming now, with just 3 or 4 days left to shoot. Already I have made a quick teaser trailer which is getting a real positive response and the website is getting quite active now. I just hope things stay this way when the film is done and its trying to find its audience!” – Iain Cash.
————————————————–
I’m sure it will, Iain! Take a look at the teaser trailer here.