Back Story: Past vs Present 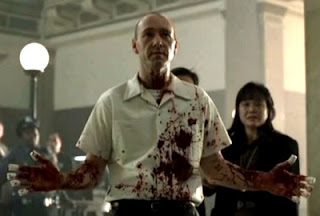 When I was still a new writer, I read the fantastic advice somewhere “the antagonist never realises s/he is the antagonist; they think they are the hero of the story.” It’s something I’ve strived to include in my own writing; I wanted my antagonists to have understandable motivations, because I’ve seen too many “comic book villains” in the spec pile. Whilst writers spend oodles of time on their protagonists, writers seem to rarely confess they’ve spent as much time and effort on their antagonist, which seems a shame (though it can have its own drawbacks, like falling in love with one’s antagonist and neglecting the protagonist, of course).

I’ve been having some issues script-wise with an antagonist of mine for some time. As it stands, his motivations are understandable per seand he’s certainly a nasty piece of work for a particular reason, but because that reason is quite complicated and also hinges on back story, how I present it AT THE MOMENT feels a little too… well, neat. Basically, it FEELS LIKE A PLOT CONSTRUCTION – when really I want something that feels more *natural*, something more like supposed “real life” where people’s motivations for doing things get messed up… But of course the problem with that is films ARE NOT real life, specifics are needed, else the writer gets accused of not nailing these things down.

Another issue of course is you don’t want the antagonist’s motivations to eclipse the protagonist’s wants/needs either. End of the day, my script is about the PROTAGONIST; she must go up against him, for her own specific reasons – because the script itself is not just *about* his reasons. It’s HER we’d go to see (or should do). He is an important participant obviously, but it’s HER story, not his.

To cut a long story short: it’s all one big, delicate balancing act.

Then I received some excellent advice in some notes last week about it. The reader saw the plot construction for what it was, as a couple of others had done. Other feedback I had received previously had recommended basically giving MORE to the antagonist, seeing his childhood, giving him moments on his own to reflect on his actions and resent the protagonist further, maybe even have other incidents happen to him that could JUSTIFY the line drawn in the sand between them.

In other words, really delving deep into his psyche and underlining WHY he has such a problem with the protagonist. I had already rejected these ideas – why? Not because they weren’t good, but because they would TAKE AWAY from the protagonist and make her VIE FOR ATTENTION with him. That wouldn’t work with the narrative the way it is currently, which for the most part works – barring this issue on the antagonist’s motivation.

Instead, this other feedback-giver recommended giving the antagonist LESS in terms of motivation and MORE in terms of malevolency. Why? Because the more MALEVOLENT he is, the less he needs in terms of justification. After all, we ALL interpret things to serve our own belief systems. What if we are belief systems were warped? What if our versions of reality are twisted? What if, no matter what ANYONE does – especially out protagonist in her journey here – is misinterpreted? Suddenly the antagonist’s motivation is freed up more and depends less on back story. It really is as easy as that.

Obviously a level of back story is important and I will certainly be keeping some of it here. But I had strived so hard in previous drafts to make my antagonist’s actions understandable because of PREVIOUS events which had happened to him, that without realising, I threatened what is happening in the story NOW.

The past must NEVER eclipse (or even just threaten to eclipse) the present. The past in stories should always just be the past. Sounds obvious, but when it comes to character motivation, it’s easier to tip the balance than you might think.

Which Horror Movie Anatagonist Are You?

3 thoughts on “Back Story: Past vs Present”