You Are Not Wasting Your Time 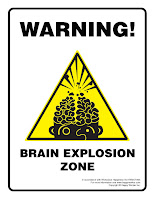 Working with lots of writers over the years, I’ve noticed more than once there is a resistance in new writers to going back to Page 1. It seems there is a feeling that, should a writer chuck out the way they’ve executed the story and reimagine it, said writer has somehow wasted their time in writing those previous drafts.

But this is patently not true. For one thing, first drafts – whoever they are written by – are always pants. In even a GOOD first draft, there are plot opportunities missed; cliches or stereotypes; characters whose motivations are not clear; dialogue that leads nowhere or sounds wooden; structure that meanders, sags in the middle, simply doesn’t make sense…

The very first script you write is always going to cause you grief: you’ll be tied up in KNOTS by it, it will consume every waking hour as you puzzle WHY THE HELL IT WON’T WORK when *everyone else* seems to get their words on paper with no trouble (again, patently untrue). What’s more, you may come across unhelpful feedback-givers or even readers who say ridiculous things like “this doesn’t read like you’ve been developing it” (niiiice!) or “this still reads like a first draft” (well, durr). This may also happen with different scripts you write too. You will begin to wonder if really you have any talent and whether those naysayers actually have a point and that you CAN’T DO IT.

My take? Anyone can do anything they put their mind to, as long as they’re holding all (or at least, most of) the cards. And in spec writing, YOU ARE. It’s very easy to fall into the trap of banging your head against a brick wall, trying to impress readers or feedback-givers, but end of the day it’s not up to them – it’s UP TO YOU.

So rather than try and meet issues head-on in your script, moving index cards around until the cows come home and writing emails to people like me saying EVERYTHING IS GOING WRONG (and I get about 5 of those emails, FB msgs or tweets a week – REALLY!), why not try this:

Sometimes the first idea of *how* to execute our stories we have is the best, but 9/10 it isn’t. So try something new. Think about the story you want to tell and reimagine new ways of doing it. Yes, you may have to get rid of a character you love, or pages of good dialogue, or a fight scene that rocks. Maybe you’ll need to get rid of LITERALLY EVERYTHING. But you know what? Nothing in writing is wasted – just keep it in the backroom of your brain and bring it out later.

So don’t worry about wasting your time; you’re not. You’re INVESTING it.

3 thoughts on “You Are Not Wasting Your Time”

previous6 Unsung Movie Heroines
nextAre We There Yet?