Female characters get a bum deal, because even when they’re written and performed WELL, audiences don’t always notice them. Booo!!! So here’s 6 unsung movie heroines I think need a little more appreciation … 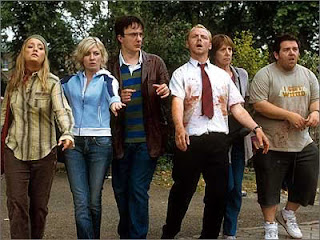 The long suffering Di is not the protagonist of course – Shaun is – but what’s refreshing about Di, Dafyd’s girlfriend in comparison to Liz (Shaun’s), is she is not entirely reactionary. Liz relies almost entirely on Shaun to get her part: she has to be disgusted, annoyed or impressed by him throughout (more or less in that order) to be her *own* woman. Take him away, she is no one. Di then starts off as a “hanger-on” in the group but grows as the Apocalypse does, even egging the others on and helping out by coaching the others to be Zombies. Then of course she has that impressive meltdown in The Winchester where she admits she has known all along Dafs is in love with Liz and “I’ve come to terms with that – why can’t you?” She then follows this up by attempting to “rescue” Dafs from a Zombie attack swinging his OWN SEVERED LEG over her head like a club. Atta girl.

5) Dottie in A League of Their Own

What I love about this film in general is its focus on WOMEN’S history in WW2; it’s so rare. War movies are a genre in their own right but whilst the men were on the front, the women had to keep everything going back home … And that didn’t just mean working in the munitions factories and smuggling rations, but more *out there* stuff like baseball too. Dottie is a great leader as well as as baseball player and when I first watched this as a teen back in the nineties when it came out, I felt really aspirational for one of the first times in my life. Of course I hated sport and still forged notes from my Mum to get out of PE, but the first sparks that women can do *anything* they put their minds to did set off in my brain. 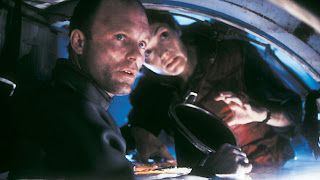 4) Lindsay in The Abyss

Lindsay is a grade A bitch and thinks she’s a step above the grunts on the rig, especially her estranged Ex Bud (played by Ed Harris). However as the movie progresses, Lindsay’s more vulnerable side is brought to the fore and she even “dies” at one point and is resurrected, which is a nice touch. James Cameron is not noted for writing great female roles, so there are places in which Lindsay is somewhat two-dimensional and there’s *that* moment where Bud tries to revive her from drowning and slaps her in the face (niiiice), but in general Lindsay riffs well with the rest of the characters, especially Jammer “Hey, I don’t remember putting a wall here!” and as part of a man’s world, without actually being manly. 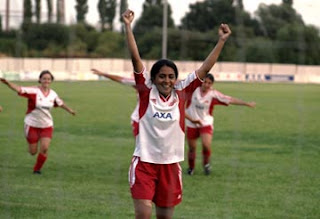 Jess’ dilemma – she wants to play football, but it’s considered too “boyish” by her strict family – is a fantastic metaphor for the trials women face in not only being accepted in a man’s world (like Lindsay in The Abyss), but in society as well. Phrases like “bee in your bonnet” or “you’re too uptight” are often uttered to women like me who are concerned about female representation in the media; not only by men, but by women too who somehow do not perceive a problem. Just because women are shown on screen, does not mean a fair or equal representation of our gender exists. Bend It Like Beckham paints the struggles of females to be taken seriously, not only by those “big” people, but by those closest to them as well – and takes it out of the Asian community and makes it universal. Fantastic. 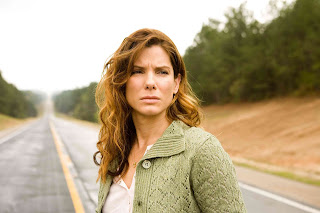 What’s so refreshing about Premonition is the LACK of males in it. Linda, her two daughters, her mother and Linda’s best friend are the main players in this supernatural thriller, though the focus of the drama is the death (or not) of Linda’s husband, Jim. A seeming mad mix of Twelve Monkeys and Groundhog Day, Linda finds herself trapped within a single week that could ensure she saves the life of her husband who will die in an RTA if she doesn’t come up with a way of stopping it. A highly original, dramatic and well-crafted screenplay, Premonition is unfortunately one of those movies screenwriters LOVE, yet laypeople seem to hate (especially judging from its reviews). If you want to explore non-linearity and a strong female character however, you can’t go wrong here. 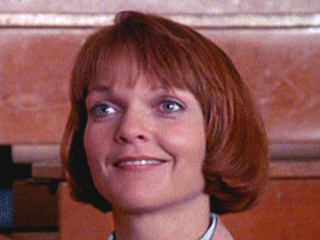 As regular readers know, I’m a sucker for Arnie – but it’s his “sidekick” that outshines him in EVERY WAY in this fun, family flick. Phoebe is an actress’ dream: sassy, bold, capable and smart-talking like lots of female cops in movies, Phoebe doesn’t just end there. She has many other qualities, including a rampant love of food; a chef for a boyfriend (because of the love of food, natch); she’s good with children (having been a kindergarten teacher); she’s nurturing – not only of the children, but Arnie himself; gthe list is endless. Even better: it’s her, not Arnie, who SAVES THE DAY – and not through extreme violence, but quick thinking. What more could you want.

Girls On Film: A Desire for Varied Female Protagonists is not a Political Agenda [From Cinematical]

Is the Female Protagonist Box Office Poison? A Look At Amelia by The Washington Post

Character Journeys We Can Learn From (including female characters – from Notes On A Scandal, Badlands, The Brave One, Lantana, etc)

A Breakdown of Sarah’s character from Jurassic Park: The Lost World