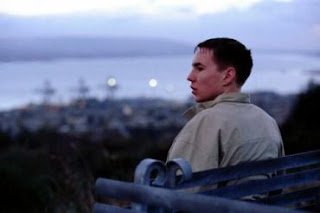 Maybe the title of this post should be, “How depressing is your depressing drama?” If the answer is “superlatively”, then you may well be on to a loser getting the reader onboard. I’ll explain why in a minute.

First though, don’t get me wrong: I LOVE a good old-fashioned depressing drama. Watching Sweet Sixteen half killed me, but in a GOOD way [if that even makes sense]: that last shot of Liam on the phone, his sister’s voice: “What a waste.” JESUS. I felt as if I had been told one of my own loved ones had died: the confusion, the upset, the anger, the denial, all churned within me: THIS COULDN’T BE THE END FOR LIAM? And it is! And it’s the end of the movie! OH. MY. GOD. Totally, totally awesome.

And drama does, I think, produce the kind of opportunity for fantastic characterisation like this. The self destruction of Liam is matched by the similar (yet very different) tragedy of Jim in Harsh Times; we have the gritty self belief of Sammy in You Can Count On Me; the interwebbed tragic lives of the characters in Lantana, The Ice Storm and Once Were Warriors; the tortured self doubt of The Father Moore in The Exorcism of Emily Rose or the melancholy of Miles in Sideways.

So, much as I love Horror and a good cheesy action film, it’s drama that I love: it’s what leaves a lasting impression on me, it’s what I would strive to recreate myself as a writer. There is no drama-bashing here on the basis of it being “boring” or “self indulgent” (even though I have to admit these films sometimes preach to the converted, doing little to CHANGE audience beliefs, than rather confirm them).

I read a lot of depressing dramas where the world and his wife live in tower blocks, their Mum is an alcoholic, their Dad is the local drug dealer, their brothers and sisters are all on crack cocaine and our protagonist probably has to *realise somehow there is a better life out there* [or similar]. What’s more, said protagonist is frequently depressed, sometimes in a mental asylum and nearly always contemplating suicide.

Yawn. Let’s take a look more in-depth at those elements writers *might* include:

High rise tower blocks. Yes, they’re horrible. And who knows someone who lives in one nowadays? It’s pretty unusual since they were declared unfit (and so many have been pulled down) especially if you’re not from a council estate yourself. I’ve heard lots of writers describe this idea as being “gritty” and “real” but it pays no resemblance to the life I knew as a teenage, single Mum with no money and no prospects of getting any. If anything, the 00s equivalent of the high rise is the dreaded B&B – get stuck in one of those by your friendly neighbourhood council and you could end up staying forever, waiting for the supposed council house the Daily Mail thinks you get automatically as a teenage single mother (yeah right!).

Crime-ridden estates beset with gangs and graffiti. Yes, always room for a few of these, especially if the focus of the story is on the gang itself. But social deprivation does not automatically equal DRAMA. Tragedy is everywhere, not just where it looks like crap. The phrase “behind closed doors” is pretty sinister, if you think about it. What could happen there??

The lead or someone close to the lead is depressed. It’s difficult to invest in the journey of a depressed character, NOT because there’s a stigma in mental health issues, but because depressed people are very inward-looking; “what you see is what you get” (more or less) in film, so this doesn’t make for good drama. Characters are what they DO; an inconvenient truth. That’s not to say it *can’t* work – but as writers we have to accept it’s very difficult to make it work, especially when so many spec dramas include this idea.

The lead has someone to care for who is bed-ridden/has dementia. Again, no reason it *can’t* work, but the protagonist being a good person and not leaving their invalid is difficult to make interesting. Also, if that other character has no hope of getting better, then the reader starts to ask WHY we’re investing in their suffering. There should be a really good reason for this, when frequently in the spec pile it’s presented as *one of those things*.

Drugs equal drama. Do they? Drug deals, infiltrating gangs, trying to get a loved one OFF drugs (like fighting the terribly underfunded rehab system we have in this country) etc – that is good drama. But the story of a junkie, frequently in the spec pile, is by its very definition usually quite one-sided and frankly, a bit dull.

The lead smokes and cries a lot. A lot of protagonists in spec dramas – most, in fact – smoke and nearly all (especially women) cry FREQUENTLY. These might be physical actions, but that doesn’t stop said protagonist being passive. S/he needs to push the story forward and control his/her own destiny (even accidently) every bit as much as the protagonist in other types of film. Smoking and crying DOESN’T do this.

The unhappy ending. Sometimes the story demands the kind of tragic ending Jim meets in Harsh Times; also, there once was a time when unhappy endings, like in Sweet Sixteen and The Ice Storm, were the order of the day: it was *the* thing dramas did. But times change and like all things, audience demand different things of their stories; even Loach went for the more upbeat with his most recent, Looking for Eric. Often spec writers however will stick an unhappy ending in imagining it’s “needed”, else it’s *not really a drama*. More often than not, these unhappy endings will feel forced, as if to ratchet up the agony, rather than an organic part of the plot. If this is the case, do you *really* need that unhappy ending? Plenty of dramas have upbeat or what I call *inconclusive* endings, like Sideways or The Exorcism of Emily Rose – how you interpret the story itself depends how you see those two endings.
————————————————————–
So, in conclusion: if we look at all the *great* [albeit sometimes depressing] dramas, some of the elements above may pop up: Loach in the 90s was fond of social deprivation for example and the likes of drugs [combined with crime, etc] is always going to offer adequate conflict for the drama writer to really sink their teeth into. However, the average spec drama writer does seem to think by including such things, they’re ticking certain “convention boxes” for the genre.

But the irony is, drama isn’t *really* a genre. Dramas are about HUMAN BEINGS – and since humans are all so different, these stories can therefore focus on anything to do with “life and its problems”. The Ice Storm for example proves, without a doubt, that broken families are not confined to kids who live in tower blocks, but is a problem that happens to the middle classes, too. Liam might be on the path to self destruction as a kid with no guidance in the seedy backend of Glasgow, but this doesn’t stop Jim in Harsh Times doing the same with a glittering military career in the US. What’s more, dramas can ask difficult questions of its audience as in The Exorcism of Emily Rose and have its cake and eat it, coming down on neither “side”: religion or science.

So, if you want to write a drama, focus on the HUMAN aspect; life may be difficult in these scripts, but don’t imagine life is merely “shit”.