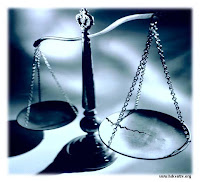 Some might argue John Stuart Mills’ quote, “I detest what you say, I defend to the death your right to say it” could have been written for the likes of Nick Griffin. I’m not one of them. I found Griffin’s recent remark about the Haiti relief efforts,“Sending aid to rioting ingrates while our own people die is stinking elite hypocrisy” totally outrageous. Rioting ingrates? The lack of regard for human suffering here is unbelievable. Also, as Griffin is (depressingly) part of public office, I found the remark – not to mention the fact the BNP exists – tantamount to inciting racial hatred, which is why I support the Hope Not Hate campaign.

Supporting their work however inevitably makes me a target for others’ accusations that I am “playing into the hands” of people like Griffin. Many will argue that certain viewpoints (like Griffin’s) are revolting – but if we don’t let those few “loonies” express them, they will argue they’re being “silenced”, which ultimately makes the situation worse. I always wonder on the latter, because it seems so-called “loonies” are holding all the cards, forcing us to listen to their crap when I thought we lived in a democracy and it was rule of the majority (and I like to think “loonies” are in the minority). There’s also the point I was taught by my parents to turn a blind eye is as bad as taking part in what I despise; I believe I should stand up for what I believe in and to oppose those who abuse others; for others to suggest I should keep my mouth shut *in case* I encourage those I oppose seems a violation of my own right to free speech.

Free speech is something that rears its head again and again in the writing community. There appears to be the thought that if we *can’t* say EXACTLY what we like, however we like, whenever we like, we can’t actually *be* writers. But I don’t believe anyone who has ever been abused on the basis of so-called “free speech” automatically wants it repealed; this is as simplistic as saying all those who support free speech (no matter what) support the abuse of women, ethnic minorities, the disabled and so on. As with many a philosophical standpoint, lines in the sand are drawn too wide on this issue, too frequently – we have one side of the scale or the other. There’s little point in relating and debating those two extremes with relation to writing; it’s the black/white politics of the teenager, when freedom of speech in writing [and what exactly that means] surely has to reside squarely in the grey area of the issue. There is no easy answer and to swing from one end of the pendulum to the other makes little sense.

A few years ago, I wrote about a writer’s responsibility on this blog and garnered the most responses I ever had (though these days it would be sure to be “diluted” by Twitter, Facebook and the growing number of people who email me directly). I was surprised by the number of people who thought the ONLY responsibility a writer has is “to tell a good story”. The reason for this is simple: no one in the writing community would imagine a film (or TV show) is *just* that – we can all appreciate that media artefacts can confirm or deny certain viewpoints (including our own, in writing them), just as television advertising has its own effect. No writer is surely going to argue films and television are a passive viewing experience with no effect on the audience whatsoever, yet those writers commenting in the post who thought a good story their *only* responsibility seemed to think their own POVs, norms and values did not come through in how they constructed their stories for the reader and thus the potential audience (something else I’ve written about on this blog in fact).

Responsibility and what it means is equally as difficult to debate as free speech, so said writers weren’t *wrong*, but I do think some idea of what is “right” (or not) needs consideration before one embarks on certain elements of plot, character, worldview, etc. Writing *anything*, with no thoughts for potential consequences does not equal a “good story” to me. As anyone who reads this blog regularly knows, I am always depressed by the plethora of specs that include rape scenes. It’s not that I object to stories *about* rape: films like The Accused and The General’s Daughter have cracked this taboo subject and, in my eyes, represented its true horror and effects dramatically, yet responsibly. Instead, what I object to is the frequency in which women are casually abused in scripts, as if it’s something that can be *expected*: the actual rape or abuse isn’t even part of the main story, it’s just a beat, as if “this is what we get”. This doesn’t just disquiet me, it frightens me. By the way, I don’t think the men (and it usually is men, sorry guys) writing these scenes are “evil”. They might want to be controversial (the irony being too many are trying the same thing!) or they might think it’s not a big issue – “it’s just a story” – but the end result is the same.

And now we return to free speech (you were waiting, I know – bear with me) because it could be argued these offending scripts *should* be written and some people believe that 100%. I don’t. I think there are some stories that actually don’t need to be told and what’s more, the rest of society think so too: we don’t see a stack of rape scenes on television and whilst I think we still see too many in film, in comparison to the number on the spec pile, those on the silver screen pale in significance. Forget censorship by governing bodies like the BFFC; simple empathy for our common (wo)man prevails. 99.9% of the time commissioners and producers aren’t looking for scripts involving the casual abuse of women, any more than they’re looking for scripts involving casual racism and/or the abuse of the vulnerable or disabled. So the end question then has to be to the writers who want to include these elements in their stories, if nothing else – why bother?? It’s a fruitless exercise. We want drama, we want conflict – we DON’T want abuse.

So actually, when it comes to free speech and drawing the line, I would argue most of the time it’s drawn long before the media product even gets to us: in our national consciousness. Sure some repugnant stuff will get through, either as part of the DIY film revolution, the internet or because some producer or commissioner is a weirdo. This will never change. But mercifully, the rule of the majority and its belief in what is “acceptable” usually prevails when it comes to fiction.

And why? Because free speech without any sense of responsibility or empathy is just abuse.