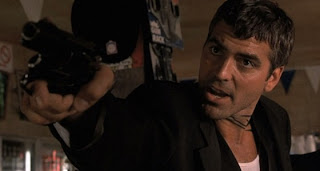 A great man once said, “I don’t believe in vampires… But I believe in my own two eyes and what I saw is fucking vampires.” Oh alright, it was *really* George Clooney in Dusk ‘Til Dawn, but the operative words there (for me at least) are “fucking vampires”. They’re bloody EVERYWHERE (pun intended). And to say I’m underwhelmed is an understatement. I’ve always read A LOT of vampire scripts – and actually, one of my all-time faves was one, proving that anyone can write anything (though it’s still yet to made). But familiarity does breed contempt – not only am I seeing loads in the spec pile, they’re all over TV and film too. And to be blunt, I’m sick to death of them.

The vampire myth as we know it comes straight out of Victorian storytelling. The Victorian middle class was extraordinarily pious; even just a basic English Literature A Level education taking in the likes of Jane Austen and Charles Dickens will tell us (albeit second hand) they believed absolutely in “faith, hope and charity”; the likes of Wilkie Collins, who dared to imagine Christiantity wasn’t all it was cracked up to be – “I am an average good Christian, when you don’t push my Christianity too far” (The Moonstone) – were frankly well-dodgy, man.

Vampires have always been part of folklore but it was Bram Stoker who managed to get the idea down on paper in 1897 to extraordinary success, unlike any of the others that had come before. There have been many reasons cited for this sudden success with the Vampire myth: the idea the rich were literally sucking the poor dry and fear of sex (something Victorian brides were ill-equipped by all their governesses and female peers to deal with) are the two favourites.

There is a certain appeal to BOTH of these readings for me. Blood has long enjoyed the status of being “life”: long before plastic surgery and Botox, Queens and Conquerors’ wives were bathing in the blood of sacrificed virgins in order to “stay young”. So for Vampires to take what they need regardless – nearly always from women in the old tales by the way – what is that but a form of rape? Whatever way I look at the vampire myth, I see notions of violation and cruelty – I don’t think it was any accident Sylvia Plath called certain people before her death “emotional vampires” (or indeed that she ended up with her head in the oven, but that’s another story). 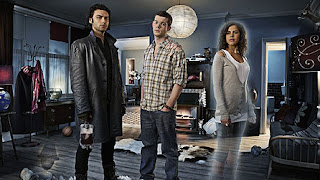 But in those old tales, those “rapist” Vampires had a certain power: they acted as cautionary tales for the women waiting for their wedding day you might argue; how to not to let a man treat like a vessel for his own use, perhaps – a useful reminder in a time when men “owned” their wives by law. Regardless, however you *see* Vampires, the likes of Dracula in the old tales were dangerous, sexy, strong – to be bewitched by them was to be damned; keep your head – or else.

But now, Vampires are part of every supernatural tale, whether TV or film – and inevitably, any “power” fiction-wise they once had is diluted. There’s even a vampire to suit everyone, such as the so-called “sparkly” vampire, Edward Cullen. Any threat they once were is destroyed by their ubiquitous nature – and the fact we appear to have forgotten the true horror of what they first represented. Now, they’re just guys and gals with fangs. Oh – and they drink blood: sorry about that. But hey! There is such thing as *good* vampires who eat pigeons and stuff instead of people. 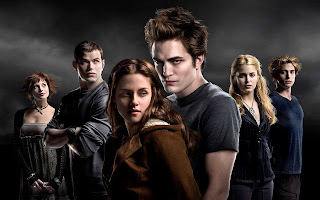 Of course, low budget filmmakers are always going to be attracted by the vampire myth. It’s a great way of doing supernatural horror without having to splash out on costumes and make up too much. Yet now, budgets for these vampire films are getting higher and higher with the likes of Twilight; TV is becoming more and more so-called “high concept” by including them as well. But tell me: how is something “high concept” if everyone is doing it? I’ve said before that originality is overrated, but presenting the same concept over and over is surely just boring?

Of course, other people are thinking the same: “How can I make MINE different?” and I think for this reason, I’ve seen some very disturbing changes in vampire specs in the past six months. The protagonist (usually a vampire) is more and more often becoming female like in Underworld, but UNLIKE Underworld often invites her victims to have sex with her first, before she kills them. Often the nature of this sex is violent, debases and objectifies her; she also frequently encourages them, usually to do with some “trauma” in her past when she was human. Therefore this a story that was based in violation, becomes DOUBLY SO – which makes little sense to me, when the power (as the superhuman being) is supposed to be hers. It’s as if women, superhuman or not, are supposed to be victims. Unfortunately, this hasn’t been one script I’ve seen with a story like this. I’ve written about the plethora of rape in spec scripts before, but this really is taking it to the nth degree.

So next time you come up with the *perfect* vampire tale, ask yourself: what is about *yours* that is different and new to *everyone else’s* vampire script… And do we REALLY need another one?