All Hail The Sales Agent 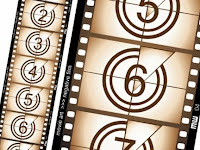 Anyone who reads this blog regularly knows I’m well up for the recent tide turn that has led to many, many screenwriters turning to DIY filmmaking. No longer content to sit on the sidelines or get it stuck to them, screenwriters have risen up to be counted by the bucketload, even me. And good on them… Well, maybe not all of them.

Like all good things in the yin and yang of filmmaking [and indeed life n’ stuff], there are inevitably some bad things too. And I’m not even talking about those nutters who can’t tell the basics of a story, but have a few hundred, even thousand quid burning a hole in their back pocket: “Hey I wrote a script this weekend, let’s make a film!” (Yes, no development, no rewrites, no read-throughs, nothing: bit like the bizarre creature who told me only recently, “the notes you made on character are redundant, as I intend to direct.” EXCUSE ME?!). But hey: there will always be crazy people. Filmmaking attracts them by the thousand and there’s a good argument to be made that we’re ALL a little crazy taking up this madness in the first place, so let’s toast the nutters too.

No, the down-side of DIY Filmmaking is far darker: thanks to technological advances, you know those films no one in even the HALF-SANE WORLD OF FILM PRODUCTION would have ever touched with a barge pole because those scripts are so morally REPUGNANT? They now have a voice. We all know the ones. The misogynistic ones that objectify women are the biggest problem of the spec pile, though I’ve also been unlucky enough to read racist ones and various other intolerances that make my skin crawl.

So needless to say I’ve been feeling a little depressed about this side of DIY filmmaking. As naive as it might seem, it wasn’t something I foresaw back in the heady days of *just* over a year ago when I conceived Safe and heard similar tales of my friends and colleagues taking their own steps into production. Everything seemed pure, for want of a better word; we were doing it for ourselves and providing entertainment for others and everything was, well, let’s just say it: FUN.

Then I had a conversation yesterday with a friend of mine, himself an award-winning film director who’s seen his films hit the DVD shelf. He sympathised with my viewpoint, but made two very good points (if you excuse the profanity in the first):

2) The real challenge nowadays is getting it sold AND seen.

So there you have it: the gatekeepers might have changed and filmmakers with dodgy viewpoints might be getting past the readers, agencies and prodcos by making their even dodgier scripts themselves.

But end of the day, there IS still a gatekeeper against the flood of reeeeeeeeeeeaaaaaalllllly bad shit and that’s the Sales Agent.

Huh. Who’d have thought we’d end up thanking THOSE guys for anything?!

Previously about film sales on this blog:

Adrian Mead on what it takes to get your project distributed

9 thoughts on “All Hail The Sales Agent”