Sales Agents: Just The Way It Is 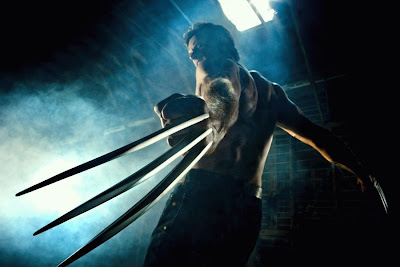 Lots of Bang2writers believe the biggest *thing* to aim for is an option on their spec script. It’s not: not only does your piece have to survive the development process with the optioning producer/company (for the script you option will NOT be the one that is filmed), the finished film then needs to be sold by Sales Agents to various territories – Europe and USA being the two biggies. Once these projects are sold this then means stuff like the film getting a theatrical release, DVD, etc, what is commonly termed as “distribution”.

Distribution is not automatic, just because the film’s been made. That’s right – even when the film of your script is literally in the can, this does not mean you are home free. Hundreds of completed feature films end up shelved every year, simply because Sales Agents won’t touch them with a barge pole. This can be for many different reasons, but I think it does help us as writers to familiarise ourselves with the QUESTIONS a Sales Agent might ask of a finished film (or one that is being packaged with a cast, etc with a view to shooting).

According to several producers I’ve spoken to or heard speak, there are three common questions Sales Agents ask when considering buying your feature for distribution:

Er, hang on – shouldn’t there be ANOTHER question there:

Apparently not. Similarly it’s hard to believe the CAST and DIRECTOR come above the STORY when apparently “Story is King”. It might be with us screenwriters, but when it comes to the cold, hard marketplace it’s third on the list.

We can get THE RAGE about this or we can’t accept what we can’t change. And really, if we think about it, it makes a kind of sense: how many films do you watch on the basis of STORY over WHO IS IN IT? As screenwriters, we probably choose the former over the latter more often, but I am guilty of watching films purely ‘cos I lust after the star, like the deliciously hairy Hugh Jackman, I’ve even sat through ALL the X Men films when I’m well known for hating super heroes! In addition, I can’t count the times my husband has said to me in the DVD store **something like**:

“Oh this is by the guy/gal who directed [THIS FILM]… You’ll probably like it/hate it.”

“[THIS ACTOR] is in this… S/he usually does good/bad films.”

And don’t we all have opinions on this? Morgan Freeman might be a great actor for example, but it seems to me he’ll do absolutely anything – as will Samuel L. Jackson: them being in a film gives NO clue as to its quality story-wise. Other actors seemingly have a bit more discernment about the roles they choose: I’ve never seen Julianne Moore in a film I haven’t liked at least a bit story or character-wise, for example; same more or less with Kevin Bacon.

So if we as screenwriters can be shallow, what do you think non-screenwriters do? Would they seek out for example “neo noir thrillers about the cold war” or they do look for stuff with RYAN REYNOLDS or SCARLETT JOHANNSEN in?

Knowing this can depress us: after all, “who is in it?” and even “who’s directing?” will often be out of our hands anyway as screenwriters, even if we get an option.

Or we can work on the basis that WHAT IT’S ABOUT is all down to us at the spec stage and we can ensure we get the BEST CAST and the BEST DIRECTOR by writing the best damn STORY we can to attract them in the first place.

4 thoughts on “Sales Agents: Just The Way It Is”