Best Movie Heroines – The Case for Sarah from JURASSIC PARK: THE LOST WORLD 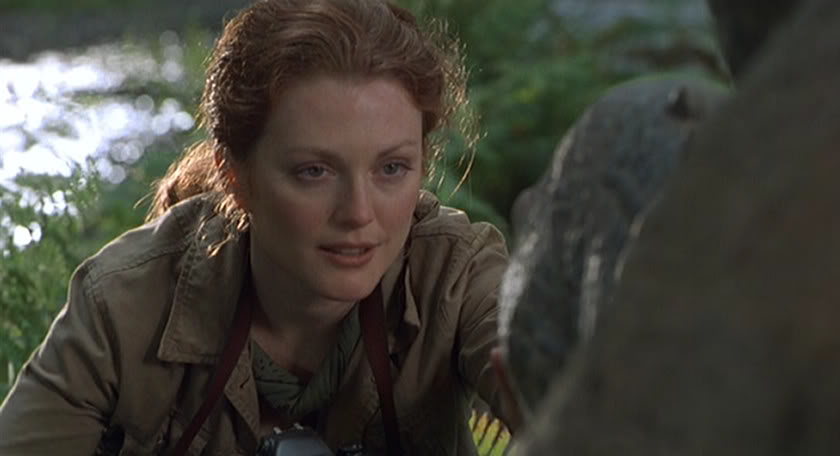 I often post here, there and everywhere about the veritable lack of decent female characters in movies and specs generally. So when my delightful stalker Jazz Juice emailed me this week and demanded to know who gets my vote as the “near perfect” movie heroine, I had no hesitation … And you’ll be surprised.

NO, it’s not Ripley or any of her many imitators. It’s not anyone played by Judy Dench, Maggie Smith or Meryl Streep, either. In fact, she’s an oft-overlooked genre movie heroine…

Yup, you read that right. Look, whilst far from a perfect film (how the hell DID that T-Rex kill everyone onboard the boat FFS??), I do actually think she’s as close to a “real woman” we’re gonna get out of Hollywood, especially in a genre film.

Sarah goes to the island alone ahead of the rest of the party, so she clearly has balls of steel: there are BIG MONSTERS there, but she doesn’t let that put her off. Refreshingly then, she doesn’t act like a man as well. Despite putting up with no crap from the men, she has a maternal side, noted most when interacting with Kelly (Ian Malcolm’s stowaway daughter). Sarah is also a good girlfriend … Whilst she chastises Malcolm for his belief she can’t look after herself, she is also understanding based on his previous experience. Amusingly, she’s also “female enough” to turn it ALL back on him: “If you wanted to rescue me, why didn’t you rescue me from that charity dinner three weeks ago when you said you would? Or that dinner with your parents you didn’t show up for?”

2) She draws on her predecessor, but doesn’t mirror her

Ellie in Jurassic Park was not a bad heroine, but for me, she wasn’t really involved enough in the main body of the action. IMHO, Laura Dern did what she could in a limited role, having only one real set piece to herself – the velociraptor in the electricity station – which was over very quickly and rather conveniently.

In comparison then, whilst Sarah shares some of Ellie’s characteristics (her independence the most obvious), all manner of HELL is thrown at her! This enables us to look deeper INTO her character than Ellie’s, since what Sarah DOES about it reveals what she is *really like*, a classic example of the screenwriting adage “characters are not what they say, but what they do”.

Sarah takes a calculated risk, not a stupid one. She’s experienced in her field and knows full well the island is dangerous, which is why she is so careful not to disturb anything. It’s worth remembering that UNTIL the men get there, she gets by completely undetected by the dinosaurs! In fact, had the mercenaries not landed there at all, she may well have made her target of “five or six days” to document the animals.

In fact, the only stupid risk she takes is photographing the baby dinosaur up close — which only goes wrong because she borrowed a camera from one of the men who didn’t tell her it was almost out of film (if we want to get TECHNICAL). As she says to Ian, “I’ve been working around predators since I was twenty years old: lions, hyenas… You.”

4) She doesn’t lose her head, even in mortal danger

There are a number of occasions in which Sarah’s life is threatened throughout the movie – quite possibly more than anyone else, in fact. Yet despite this continual run of extreme bad luck, she never bewails her misfortune or does something *plain dumb* that marks her out as deserving to die like so many movie heroines (falling over and/or screaming a classic example).

So whether she’s being sniffed by a tyrannosaur (and having to protect a child at the same time); being chased by said T Rex; or landing on a sheet of glass above a terrifying drop; or a velociraptor jumping on her back, she never once freaks out.

Remember, this is in comparison to many of the men: Ian Malcolm stands by and watches, horrified, as the T-Rex goes in the tent and AGAIN when said velociraptor jumps on Sarah. Another man FALLS OVER and is squished by the giant foot and of course most of the male hunting party run into the long grass and get picked off too.

I am so bored of movie heroines screaming in genre movies: there’s a big monster, would you really waste time and breath screaming about it? Or would you simply leg it? Gotta be the latter. The only time Sarah even utters anything vaguely *like* a scream is when the velociraptor JUMPS on her back and I would categorise it more as a “yell of surprise”, which is often involuntary. Again, much of the hunting party scream (even before they’re eaten), despite being big butch men.

6) She uses her wits to get herself out of trouble

Sarah only faces danger down WHEN SHE ABSOLUTELY HAS TO, as anyone sensible (not just women!) WOULD do. So rather than take on a T-Rex with the equivalent of Ripley’s robot body armour in Aliens, Sarah mostly runs for her life and let’s not forget Kelly’s too, often hand in hand.

I can get behind that; it’s exactly what I would do, especially with a child in tow. She also relies on her own animal instincts, so it’s a nice contrast in the barn when she and Kelly start digging for safety, as the velociraptors attempt to dig their way IN.

And perhaps most importantly:

7) She rescues herself, but accepts help when it is offered

I get really annoyed when I hear men say to women: “You’re so independent, which is why I didn’t help” and also when women say they DON’T want help EVER because they think to accept help from a man shows weakness.

Look guys, just because a woman is independent does not mean she will not appreciate your help; she will always flock to your side when you need her (or should do!). Similarly, girls: accepting help girls DOES NOT make you weak. This is shown up under the microscope here, because if Sarah can rescue herself – like in the barn – she will; if she can’t (like in the truck over the edge of the cliff), she will accept a man’s help gladly. Similarly, she will gladly take a distraction, like when Ian lures the velociraptors to the car, when she and Kelly escape into the barn. Why? Because she WOULD do the same for him. 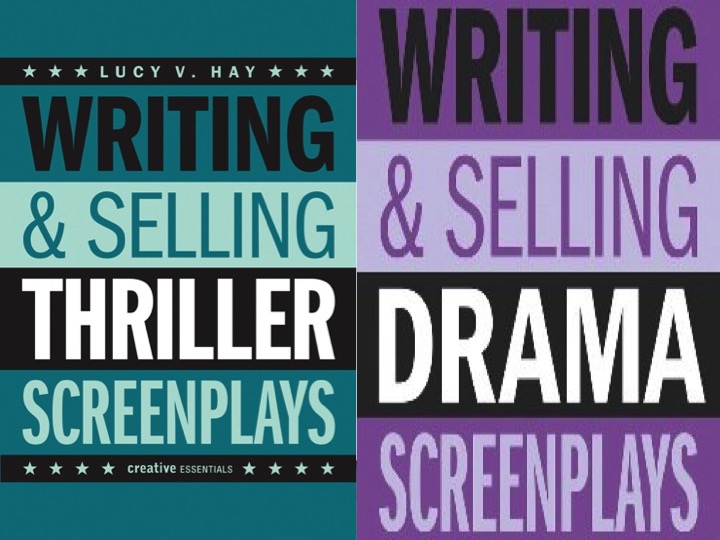 19 thoughts on “Best Movie Heroines – The Case for Sarah from JURASSIC PARK: THE LOST WORLD”

previousA Tale of Two Readers
nextLet This Be A Lesson To You, Children ; )