Music in film serves many purposes. Aside from the soundtrack, the reasons and uses for music in film vary enormously.

It’s been suggested that music, mainly a piano or small orchestra played live, was introduced into cinemas to drown-out the loud noises made by the projector. Filmmakers noticed that music added another dimension to the visuals by creating suspense, drama, and perhaps most notably, a comic element to the slapstick, stunt-filled movies of the 1920s and 1930s. On a more serious note, Russian director Eisenstein used music to reinforce the realistic nature of the scenes in his films, ensuring a documentary-style result. Generally, during this time of rapid cinematic development, filmmakers were quick to recognise how music could influence the intent of a scene.

Music carries and communicates meaning, whether ambiguous and transitional, or blatant and fixed, and therefore has the capacity to add meaning. Music can dramatically influence how a scene or a character is portrayed.
Some scenes rely heavily on the accompanying music to support meaning within the narrative. Ever imagined the shower scene in Hitchcock’s ‘Psycho’ (1960) without the sharp, cold screech of high-pitched staccato violins? Or ‘Close Encounters of the Third Kind’ (1977) devoid of the mesmerising harmonic five notes employed by the aliens? With these two examples we see the meaning of the music systematically enhancing the meaning of the visual intent.

Background music is often used as ‘a neutral filler’, as it usually has no obvious influence on the scene or characters involved, and lends no specific meaningful purpose. However, background music can subtly enhance the progression of a scene, especially if a particular arrangement has been attributed to a character or place. This in turn strengthens the spectator’s perception and empathetic reaction of the character (or place) as intended.

Montage is more than often accompanied by music, and in some instances, the sequence is almost entirely dependent on the musical score to keep it together; music can create continuity within the scene, and may even carry through a theme. So the music is primarily a unifying element to the montage. 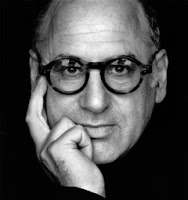 Michael Nyman is best known for his collaboration with the director Peter Greenaway and most notably the score for Jane Campion’s ‘The Piano’ (1993). More recently his music was included in the Oscar-winning ‘Man on Wire’ (2008). I asked him a few questions on his involvement with film, and he spared the time from his busy schedule to give these replies:

Which project have you enjoyed working on the most?

Michael Nyman: I guess ‘The Draughtsman’s Contract’ (1982), my first feature film (apart from ‘Keep it Downstairs’ in 1976, but that doesn’t really count). It gave me the greatest opportunity to develop the principle and practice of recycling pre-composed music – first done in ‘Re Don Giovanni’ in 1977, but this time, it was on a much larger scale, and according to a formulaic principle that Greenaway established in the film.

How did you become involved with ‘Man on Wire’?

Michael Nyman: James Marsh asked me to write a score, told me what the budget was, and I explained to him that there was not enough to compose/record the amount of music he needed. So I said to him he could use any of the music on MN (Michael Nyman) Records that he found suitable, and he did! Much later I discovered that the reason he asked me, was that Philippe was a big fan of mine, and used my music to practice his wire-walking to!

Will you continue writing for films in the future?

Michael Nyman: I haven’t written a feature film score for four years, and now more likely to license (as in ‘Man on Wire’) and to add, not write, soundtracks to my own films and videos.

ABOUT EMMA: Emma Smith, a qualified Art, Architecture, Design and Film Historian, has dedicated the past year to finishing her first feature length screenplay, and focus on writing as a full-time career. Writing as E. K. J. Smith, her script, a mystery-romance, is in the last stages of completion. She currently lives in Devon. (Her blog is under construction and will be available soon!)

previousGuest Post: Characters On The Couch: Psychiatry & Screenwriting by Stephen Potts
next[Guest] Thought For The Day: My Lightbulb Moment By Adrian Mead