UPDATE: The Competition page is not live yet – goes up next Monday (Aug 10th)

As you know, Sequel to Cannes, the premier networking event in the SW was last week. Organised by the luscious Rosie Jones, the event brings together filmmaking and writing talent with the likes of Southwest Screen, The UK Writers’ Guild, funding initiatives and other likeminded peeps. It really is worth going to – or its elder sister, Prequel to Cannes. Join the Facebook group here to be kept in the loop about these two fab events.

Best of all, it now has its own short scriptwriting contest. Check out all the info below – including that top jury! I never let an opportunity slide either, so I will be involved as the contest’s script reader and best of all, YOU GET FEEDBACK. That’s right my friends – Rosie has listened to the common complaint re: contests – *no feedback* – so every entry WILL receive it. What’s even better, Level Film will be sifting through the entries to see if they like any (not necessarily JUST the winners!) so you’ve a chance of getting your short made too. How ace is that?

What’s more, those of you coming to/interested in my How To Be A Script Reader course in September may be interested to know Rosie is coming too, where she will share some insights on this fantastic opportunity! Read on…
————————————————————

ABOUT THE CONTEST: The Sequel to Cannes Short Film Script Competition will be live from Monday, 10th August and full terms and conditions, script criteria and the entry form will be available by logging onto www.sequeltocannes.biz. The Closing date is 30th October, 2009, the first round of ten shortlisted entrants will be announced prior to Christmas, followed by a further shortlist of six candidates in January; the top three winners will be announced on 14th February, 2010. 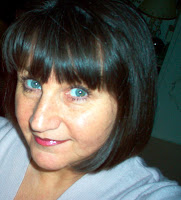 ABOUT ROSIE: Rosie also delivers creative writing workshops, full consultation on appropriate recruitment processes for the creative industries as well as writing features and articles for national magazines. In her spare time she continues to decorate her home, mow the lawn and entertain friends and family. Cuisine is one of Rosie’s passions and she is currently in the final stages of development of her cookbook, as well as working on editing her latest scripts: two Rom-Com films and her costume drama feature, ‘Repentance’.
——————————————————-
What are you waiting for?! Get writing…