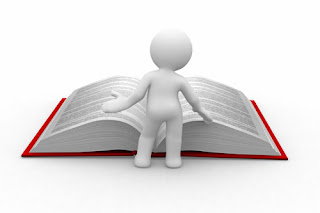 So one day a little girl saw a bookcase and decided to be a writer. Said bookcase was full of novels with titles like SHADOWFIRES, MIDNIGHT, CABAL, WEAVEWORLD, IMAJICA, CARRIE and FIRESTARTER. Later the little girl would discover her mother had got them via one of those book clubs where you get them by post whether you like it or not and can’t return them. Mother didn’t even like horror *that much*, yet entirely by accident would influence her daughter’s genre choice.

But for the little girl, the paperbacks in that big bookcase in the spooky corridor near the bathroom on the second floor were the coolest things in the world; she even had to use the bookcase as a ladder to take the biggest ones at the top. She tried reading some of them but didn’t understand them. Besides, a lot of the covers were well scary with pictures of wide-eyed, manic woman and children; foil titles that shone in the light and men on fire. Instead, she would look at the titles in the bookcase and when her teachers asked what she wanted to do when she grew up, the little girl would say, “I’m going to be a novelist.”

As a teenager the girl was precocious AND obnoxious with an extended vocabulary which would make Lisa Simpson blush. By now she had discovered the works of Stephen King, Dean Koontz and Clive Barker and could rationally and instinctively explain her feelings towards their stories, which was good in one sense but not in another. In fact, she did this at great length, sometimes over the dinner table and these stories of evisceration, rape, cannibalism, arson, bloodbaths, torture and regression, prompted her siblings’ disgust and her parents’ request she SHUT THE HELL UP WHILE EVERYONE WAS EATING. In the meantime, the girl had a variety of jobs out of school, where she would smoke illicit cigarettes and read those novels over and over again (particularly Cabal, Weaveworld and Imajica) whilst making donuts and toasties and candy floss and all those shitty things you get stuck making for pin money when you’re a kid.

By the age of eighteen a variety of things had gone wrong in the girl’s life and though she had written several “novels”, (most of which had been consigned to under the mattress where her siblings couldn’t find them), most of them were shit. There was also an added problem, in that she was well… pregnant. She became convinced for some reason *mothers didn’t write* and suddenly there was an odd turnaround: it was suddenly her OWN MOTHER who came round with various novels and suggestions, insisting that they should watch the latest Stephen King-inspired video (for there were no DVDs yet). Mum would buy notebooks for the girl, even brought various books back from the charity shop, one of which was the The Technique of Screenplay Writing by Eugene Vale. It was a well-old book, the tag on it reading 30p and the girl didn’t touch it for about two months. And then she did but she couldn’t concentrate because her baby was always crying because he had colic and could probably sense instinctively she didn’t know what she was doing and his own father was evil incarnate.

Moving on, a little while later, the girl had begun to realise her boyfriend wasn’t really a boyfriend at all if he only came round when he felt like it, shouted at her most times and never gave her any money for the upkeep of the child. She had a computer, but it was barely a computer at all, really: not in comparison to the things we have today. Her grandfather had given it to her when he had decided to go for an upgrade. It was a HUGE old thing, it didn’t even have the internet on it because the girl didn’t really know what it was and had never sent an email in her entire life, but something about typing, seeing the black words appear on the white page lit a fire under her somehow.

She decided to go to university.

She couldn’t find a course about novelists and she didn’t fancy English Literature. She’d tried a correspondence course for English Literature and had spent three months talking about Hebrew poetry in the Bible when really she had wanted to at least write about Jane Austen, Charles Dickens and all their mates, in the absence of horror which everyone knows is unlikely on a english course. Boyfriend didn’t like the idea of her going to university and told her he was going with her. When she told him she’d rather stick pins in her eyes, they finally split and he started going out with some girl who thought the sun shone out of his arse somehow and still does, because the poor cow is still with him… But that’s another story and there’s no accounting for taste: there’s someone for everyone. Apparently.

Fastforwarding from university, the girl learnt lots about scriptwriting but more surprisingly about script reading too, a job she didn’t know existed. She had imagined you just write a script and somehow, as if by magic, it makes it to the screen. Though she ended up on the course by accident, only on the basis there was no similar course at the time on novel writing, she discovered a love of movies she did not know she had. She became obsessed with movie adaptation and how the two media differed and decided movie structure, like a true Geek (and Greek?!), was well-cool.

And the rest you know.

She still hasn’t written a published novel though.

I wonder when she will?

7 thoughts on “The Frustrated Novelist”