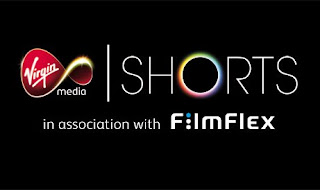 Matt from Virgin Media Shorts has been in touch with the blog and asks if any Bang2writers out there have questions for the winners of last year’s contest, Phil Sansom and Olly Williams, who won with their short The Black Hole.

So: if you’re interested in what winning a competition like Virgin Media Shorts can do, then Matt would be delighted to pass on any questions you might have about how they spent their money (all £30k of it!) , what help and opportunities the UK Film Council have provided them, or maybe even what approach they take to scripting? Below is a note written by Phil and Olly giving an overview of what their year has entailed… Thanks guys!
__________________________________________

Since winning last year’s Virgin Media Shorts Competition, we have been busy working on our next film. Supported by the UK Film Council and Virgin Media we have been developing numerous ideas and discussing the best type of film to try and achieve second time round. The Black Hole was pretty much a silent movie so this time we really wanted to tackle some dialogue.

Initially we spent some time just thinking about what kind of films we actually enjoy and the kind of movies we would eventually want to make as features. Its harder than you think to try and decipher all the influences, themes and interests that inform the work you do, but eventually we knew it would have to involve something surreal and dark that allows deeper character / relationship exploration with a slightly twisted sense of humour in it.

After preliminarily drafting seven different ideas as short, single paragraph synopses, we slimmed the list down to three that everyone liked and from there spent a few more weeks in a coffee shop hammering out the finer points, eventually settling on one. It’s hard to develop several ideas at once, as you become deeply involved in every detail of the plot and characters in order to keep the action believable and the story watertight.

We found we naturally began to gravitate towards one film in particular and have let that become the focus of our attention over the last couple of weeks. We have written the first draft of our script and will be picking through it with the Film Council and Virgin over the next week or so. Getting other people’s point of view is an important part of the process, especially as we have never written dialogue before.

Although £30k is a lot of money, we still need to have a tight rein on the purse strings as crew, cast and location costs can mount up pretty quickly and we need to be clever about maximising the production value… One location, only a couple of characters, that kind of thing – we find that setting limits on what you are working with often forces you to focus more on the quality of what’s on screen as opposed to how much.

Thanks Matt – if you have a question for Phil and Olly, please leave it in the comments section, tweet me on @Bang2write or email it to me on Bang2write”at”aol.com.