How To Write Great Characters 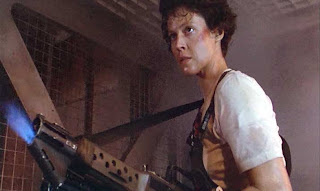 The ledge that is The Unknown Screenwriter posted this fabulous link about great character profiles to Twitter recently (follow him here) and many, many thanks to the brilliant Filmmaker IQ for providing us with the post).

Great characterisation is a tough one. When I read specs, I often find one of two things happen: a spec might have a great character, but they’re kind of aimless or maybe they have an incomprehensible plot to follow. If that doesn’t happen, then a script might have a fab plot or tight structure, yet I don’t give a toss about the characters and what happens to them. Getting the balance between the two *just so* is a toughie for everyone it seems.

I’m writing a script at the moment that is one of those a-load-of-people-in-one-room-and-everybody-dies horrors. It’s pretty much a subgenre in itself within horror, much like the everyone-goes-down-to-the-woods-and-gets-slaughtered one (hey, I come up with catchy names, alright?!). Anyway: as a horror fan, I haven’t found the structure of it *that* hard: I know what I want to do with the film, I know what the director wants – it’s a question of delievering enough thrills and spills in the right places. Having watched literally hundreds of hours of horror in this vein, I think I have a fairly good idea of how to do that – and certainly feedback for the most part has been positive about the structure, anyway.

What I’m struggling with then is the characterisation of this script. There’s a certain element of judgement and supposition attached to the characters in the situation regarding the entire premise of the film, so it’s rather hard not to make them a bunch of losers and haters. In fact, at the moment, I pretty much hate all of them (though I have a certain grudging respect for at least one, since she says and does whatever she likes, whenever she likes. How much do I wish I could do that?!?). Also, it’s hard to pour all your efforts into characters who you know are there to die. You end up thinking more about how to despatch them than how to create them and make them whole (or at least I do). 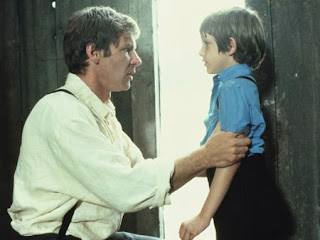 So, how do you write a great character, especially one whom may be deemed *unlikable*? I threw this question open to my Twitter legion, here’s a rough round up of what was tweeted, DM’d and emailed back to me:

Find the good things they can find out about themselves, or make them conflicted/vulnerable.

No one thinks they are bad.

Great characters are those characters who stir an emotional reaction in the viewer – and that *can* be hate. Just make sure it’s not your characters’ default setting and/or can be applied to ALL of them.

There is no such thing as the “unlikable” person: just the person we don’t understand. Ask yourself why you don’t understand him/her: is it because they have different experiences, values, understanding of the world?

It’s all in the details – broad strokes provide stereotypes and 2D characterisation, not great characters.

Understand your character, why they do what they do – even if you hate them.

See it from their perspective, walk in their shoes – have them believe what they’re doing is the right thing, even if it’s the wrong thing… And make the audience see that.

Have them believe one thing, but contradict themselves with their actions.

Great characters are complex and full of contradictions.

They might have a hard shell… But a gooey centre.

Great characters like Ripley and John Book stay with us because they feel real – they have real emotions, real responses and make a real change in how they understand the world they find themselves in. They make us believe in them and why they are doing what they’re doing – even if they do terrible things.

“Ask” characters questions; through what you learn about them, you understand their history, how it informs their thinking in day to day life.

So… What do you think? Agree/disagree with any of those? Do you have any to add? Over to you…

2 thoughts on “How To Write Great Characters”