More Lies To Tell Your Children 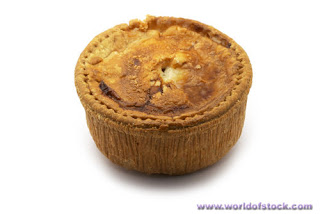 As regular readers know, I just adore telling big fat fibs – and if I can tell them to my children (or any child, for that matter!), then all the better. So when an opportunity for a porkie pie presented itself yesterday, I couldn’t resist. Natch…

Stopping in a shopping centre yesterday, the Girl started badgering me for 50p to put in one of those machines which dispenses plastic eggs with a plastic present inside. I normally say no, as I don’t often have change or even carry cash (except when I go to the pub, arf) but yesterday I had 50p for once, so I gave it to her. She put it in the machine, the little egg popped out and she got her brother to open it for her.

Inside? Another egg. That was pretty odd, so we messed about with it for a bit before realising it was actually an egg-shaped TOY – the little arms and legs folded out, a head, a trunk – it was an elephant, which folded down into an egg (I know: WTF??). She was pretty pleased with it though. My boy, however, was puzzled.

ME: (straight-faced) Well, it’s because elephants hatch from eggs, isn’t it?

We walk along for a bit:

SON: … Hang on a minute, no they DON’T! Muuuuuuuuuum!

Ah, gone are the glory days when everything I say is accepted blindly, *sigh*. NOTE TO SELF: concentrate lying powers on Wee Girl only!

FEAR UPDATE: Still not pressed “send” and last night had a dream the entire BBC Centre on Wood Lane was taken over by Rottweilers and a school bus crashed into the building. A bad omen?

4 thoughts on “More Lies To Tell Your Children”