WTF? On Film 5: A Franchise Too Far 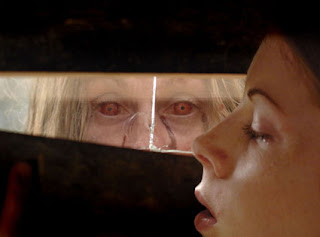 Yes, yes, they often made loads of money; yes, *someone* out there must’ve liked them and yes, I can only hope of writing a film that gets this kind of attention!! But to wrap up my WTF? series, here’s some of the movie franchises I think just did NOT quit while they were ahead…
——————————————————————————————
2 Fast 2 Furious. So we do the same movie – but this time ONLY with the really dull guy from the first? Puh-lease. Oh, but they’re still going: Tokyo Drift came after that and apparently there’s another in the pipeline, though Vin is back in attempt to save the franchise. Can he???

28 Weeks Later. I *heard* on the grapevine (though I never read 28 Weeks), the boy in a very early draft of this was called NEWTON. Upon watching the movie itself this was unsurprising to me, for the homage to Aliens here was obvious and clankingly dull as far as I was concerned. Which was a shame, because that farmhouse sequence at the beginning when Robert Carlyle spectacularly abandons his family was great. 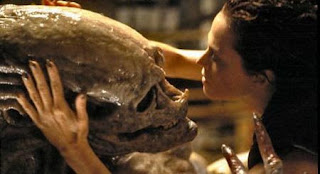 Alien Resurrection. Space pirates, unwilling hosts, science experiments gone wrong – this could have been so cool and well, simply wasn’t. Probably because absolutely everything in it was so deeply flawed… Characters sucked (the weakest is the strongest! Link with the beast! The traitor is the saviour!), dialogue was as wooden as my Ikea coffee table and plotting verged on ridiculous: so you scientists have been working on the alien for 200 years, know full well they have acid for blood and you shove a bunch of them IN THE SAME ROOM TOGETHER and don’t think they’ll escape?? And to think Joss Whedon wrote this – though apparently he “cried many a tear over” what was done to his script. Me too, Joss. Me too.

Alien Versus Predator. So let’s get this straight… Predators presumably have their own planet, but they decide to build their very own pyramid on Earth. Underground. In Antarctica. And they have an Alien Queen down there too that hasn’t kicked their asses??? Hmmmm. I can *just* about go along with that, but for the lack of characterisation in here and yes – the fact that Predator didn’t blow the whole place up as he was supposed to (didn’t he know he’d been face hugged??) AND the elders didn’t scan him with their X Ray vision! WTF???? 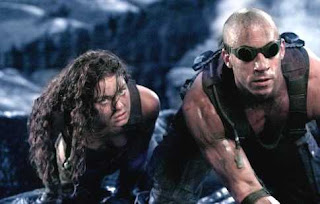 Austin Powers: Goldmember. What WAS the deal with Austin Powers? I never really got it, but I could just about go along with the insanity – at least Elizabeth Hurley knew how to take the piss out of herself – but then we came to this one and anything that was vaguely amusing about the franchise was sucked out and replaced with unadulterated pants.

Batman & Robin. Right, whose idea was it to cast George Clooney as bloody Batman? What the hell was that about? And don’t get me started on Arnie as Mr. Freeze. Didn’t they know ALL the good characters of the Batman franchise – Catwoman, The Penguin, The Riddler – were all gone by this point? Didn’t the filmmakers get that memo?

Chronicles of Riddick. A wankfest of the highest order – ‘scuse my French. And what the hell was Judi Dench doing in it??? A desperate disappointment after Pitch Black.

Die Hard 4. Bruce Willis gets to that age where he says: “You know what? My career isn’t what it used to be… Let’s revisit one of my best-received characters and for good measure shove some stuff in a lift AGAIN and update it by making one of the baddies a free runner.” Let’s not.

Honey I Blew Up the Kid. I know… Let’s do the OPPOSITE of what made the franchise interesting. WTF? 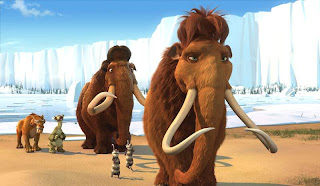 Ice Age: the Meltdown. The first movie was all heart and genuinely charming, but this one? A mammoth that thinks it’s a ferret (or whatever those stripey things are)? the sloth gets worshipped by mini sloths?? And the sabre tooth tiger is there for seemingly no reason at all? And let’s round it off with Scrat saving the day in one of the biggest Deus Ex Machina plot moves I’ve ever seen? SHOW ME THE MONEY.

Look Who’s Talking Now. I could just about get on board with the sister talking, but now the dogs as well? I swear whoever dreamt this one up was on drugs.

Police Academy. HOW many??? For the love of God, please don’t. Just don’t.

Men In Black 2. Everything that was great about the first movie? Let’s flush that down the toilet and have Will Smith talking to a giant subway worm. Kids will love that. 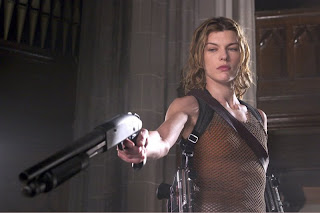 Resident Evil: Apocalypse. As controversial a view as it is, I actually enjoyed the first Resident Evil – it was an effective adaptation of an otherwise straightforward game, with enough thrills and spills to be interesting enough on a saturday night with beer and nachos. Plus the set was cool. But Apocalypse was convoluted and ultimately, dull. And can we PLEASE stop putting scientists in wheelchairs please??

Resident Evil: Extinction. We’ve done underground, we’ve done above ground – so we’ll do above ground again. Couldn’t it at least have been in the sea or something?? This franchise is still here despite running out of steam – WTF?

Three Men And A Little Lady. Even as a child I thought this was utter bilge: I walked out of Beverley Cornmarket cinema and went to the pasty shop round the corner. My Dad was mad as hell when he came to pick me and my friend up ‘cos like the eleven year olds we were, we imagined he could somehow read our minds and *know* where we were.

UPDATE: And to celebrate WTF?, Zombies attack Austin, US.

previousWTF? On Film 4: The Running Man
nextSnow In The South West!