Scene Focus # 2: The Literal Versus The Universal 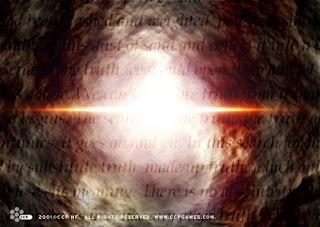 I read a lot of scripts that essentially retell people’s personal experiences. This is really interesting to me because I am in actual fact one of the nosiest people in the entire world. I want to know everything about everyone, whether it benefits me or not. Don’t get me wrong; I’m not the net-curtain-twitching-type and nor do I spy on my neighbours with the aid of a telescope or binoculars. I’m nosy, not freaky.

However, I figure that if you’re actually talking to me, you’re fair game. So, if you’ve ever had a conversation with me in real life, whether with your voice or via email, you’ll know I ask all *sorts* of questions: how many children do you have? If none: WHY don’t you have any children? If you had any children, would you prefer girls or boys? What would their names be? Where did you go to school? Did you go to university? Where? Were you married before? Why would you never get married? Do you believe in God? Do you like cats or dogs? What about lolcats? Are your parents still alive? How many brothers and sisters do you have? What’s more important – money or satisfaction? If you were going to kill your spouse, how would you do it? If you were the last person on Earth, which celebrity would you prefer to be stuck for eternity with? … And many, many, many more besides.

However it would appear I am unusual in this approach, even as a writer. There’s a certain level of propriety in English society it seems and I frequently break it by asking near-strangers details about their lives. Sometimes people are only too happy to give these details – and I notice there does not appear to be any particular gender divide on this: if you are happy to chat, you’re happy to chat it seems whether male or female, old or young, rich or poor. Other times people react as if I had whacked them on the arse with a hockey stick: they move away… very fast. Other times, particularly men I find, seem to think I am some kind of mentalist and warn each other: “Don’t tell her ANYTHING! She remembers EVERYTHING, especially weird or random stuff.”

It’s true: whilst I never remember anyone’s surname, where they live, their phone number or birthday or anything useful like that, I may well remember if they told me that, aged six they wet their pants in front of 200 other kids at assembly. Or they pushed their brother down a half-filled well aged eleven and blamed it on the naughty kid who lived down the road. Or they mistook their mother’s cap for one of those bouncy things that turn inside out, accidentally made a hole in it and nine months later a baby sister arrived.

But anyway: I’m getting way off the point.

Writing from personal experience *can* be good, right? Whilst I’m not a huge fan of the old saying “write what you know”, there is a case to be made for the truthfulness of screenplays which draw from the writer’s own experience. These scripts are very often the ones with what I call “heart” and heart does stay with you, even if the exact ins and outs of the story don’t always.

Now, the universal way: you don’t cast yourself as the protagonist; instead you create a FICTIONAL protagonist who perhaps has shades of your own self, but includes other elements of other people you may have seen, read about, heard about – whatever fits in with WHAT you’re trying to say. Similarly, you cut back on the EXACT people who were there and create an equally fictional bank of secondaries to rival the protagonist. Perhaps you create some from scratch that have nothing to do with “real life”, maybe the antagonist too.

What I prefer as a reader? Well, being nosy I obviously *like* the literal accounts. It’s like someone has pulled up over the garden fence and said, “Hey Lucy, let me tell you about my life.” I NEVER say no to that. I’ve talked to Jehovah’s Witnesses and Mormons on the doorstep because I’m a sucker for life stories; I’ve spoken to old people at bus stops, Mums and Dads down the park, pretenders on trains, even distracted telesales people on the phone into it.

Literal spec scripts *can* have their drawbacks, however. Very often the protagonist is quite passive, they don’t have much to do. Why? Because in real life, we’re never really sure HOW we drive the narrative of our OWN lives: sometimes because we let other people do it for us, other times because we do it automatically without thinking. Now passive protagonists don’t have to be a bad thing, but you need *SOMEONE* to drive the action for them if the lead doesn’t. But again, we’re so busy running our own lives we don’t necessarily notice how others run theirs. As a result, very often literal accounts have characters with unrecognisable role functions, wandering about, doing fun stuff, but essentially leading to nothing in particular. Very often too the antagonist is missing from the literal account – especially in those literal scripts where the writer is remembering a particularly good or fun part of their lives. On the flipside, if the writer is writing about a particularly BAD time in their life, then the antagonist can permeate everything and distract from the protagonist completely.

Structure nearly always lapses in the literal script, particularly in Act 2 – there may be little or no conflict. This usually happens because the writer does not want to put themself through the pain of that story: if the protagonist (really the writer) is having a good time, s/he doesn’t want to detract from that. Equally, if the protagonist is repeating something horrible the writer has been through, the writer does everything in his/her power to avoid going through it all again. Perfectly understandable, but it does mean the middle feels as if it’s “missing”.

So that’s why I favour what I call the “universal” scripts: where a writer has taken their experience and sought to find the truth or meaning in that story that will appeal to EVERYONE, bar just themselves or nosy people like me. By creating entirely fictional people, in fictional situations that SYMBOLISE their own journeys, the writers are then freed from the shackles of the literal; they can create and structure a journey that REFLECTS their own experience and takes others with them, instead of creating voyeurs of their audience. In short, they manufacture their own truth, which others can relate to via the own truths about the world they already have. So that’s why I always ask myself about my script:

We all love our own stories, but sometimes the answer is “only interesting to me”. I’ve just junked a spec last year because of this. I *know* what I want to achieve, but I can’t make the words on the page communicate that yet. I’m too close to the material perhaps – or maybe I need to cogitate for several months before I find the “angle” it needs. But it’s not dead in the water yet. You can make a story “interesting” to others as well as yourself – it’s just finding the way. And therein lies the challenge….

6 thoughts on “Scene Focus # 2: The Literal Versus The Universal”