Scene Focus # 1: The Ordinary Versus The Extraordinary 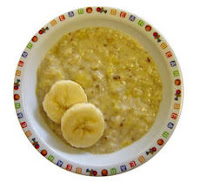 Very often when I’m reading a script it doesn’t feel “tight” enough. It’s not that it’s badly structured, with bits missing or sprawling all over the place like a teenager in tracky bottoms hogging the sofa and the remote; instead it just feels “lumpy”. It’s more of a sense, something you can see only in your peripheral vision. It’s also something that seems able to strike any writer, at any time, new or professional. What’s more, script readers themselves are not immune to it – and it can only be diagnosed by someone else, for it’s impossible to see on your own.

The cause of this “lumpiness” often comes, I find, from ill-focused scenes: scenes most often where dialogue has been allowed to run on too long, though sometimes the desire for a visual gag or moment causes it too. We’ve all heard the slogan, “start late and finish early”, but it’s become a little like your Mum asking you to clean your room as a kid: you tune it out. Instead, you fall in love with your character, with how witty or amazing they are – or with your arena, painting a picture so vividly you forget about story. In fact, you’re so lovestruck you let your character harp on saying or doing whatever they like in that scene – not realising that in fact, you could jettison half or even three quarters.

That’s right – half of even three quarters of the scene. It seems writers forget very often that one page of screenplay is ONE MINUTE. Look at your watch, right now. Time one minute… Go!

Quite long isn’t it.

Okay, you can’t fit that much on one page of script. But if you write well, your script should be doing a helluva lot in that one minute and therein lies the paradox. If your page just has characters chattering about backstory, or answering phones and talking about *stuff*, or opening and closing doors, or running up and down stairs, or driving cars from *here* to *there* for no particular reason IN THE ACTUAL PLOT, guess what?

You don’t need it.

But then we know that, really. It’s just hard sometimes to let go – like I said, you’re lovestruck. We can all make allowances for the very first draft. Or the rewrite. Or second rewrite, or third or fourth. Sometimes those lumpy scenes are the result of redrafting lots of times – you think you need them because they’ve always been there, but in reality they’ve outstayed their welcome. Don’t worry either about the ones you’re sending out for feedback to your peers and private readers like me – it’ll get picked up and you can give those pesky lumpy scenes the chopping they deserve.

But if you leave them in the one you’re going to send out to agents, funding initiatives and producers? Nooooooooooooo!

What we all need to do, to keep the pace going and stop our structure from turning “lumpy” like porridge, is make sure our scenes have FOCUS. Forget “starting late and leaving early” – it’s a nice saying but it doesn’t really tell us what we need to know.

Instead I would recommend ensuring each scene has a FOCUS that LEADS TOWARDS your resolution. So many scripts have scenes in that are very good, but do nothing to keep the story flowing towards its resolution. Who can forget ALIEN and Ripley’s mystery trip to the bridge to see Parker and Brett after the crash on the forbidden planet? Or the eye doctor’s mysterious threat to Tom Cruise’s character that never comes to bear in MINORITY REPORT? Why are those scenes there? They have no focus. They should have been cut.

But how do we keep focus? Well that’s the 64 million dollar question of course. First off, I’d say it’d be good to know your enemy – as someone who reads stacks of scripts, what do I think causes focus in scenes to lapse?

The second killer of focus in scenes I would say is too much attention on arena. This happens mostly in historical films I find: writers do so much research, they want to paint it into their script. And why not? But one picture tells a thousand words. Choose carefully and you can say a lot more with one image than you can with five or six which will have the reader’s senses overstimulated.

The third is character. Usually it’s linked directly to the dialogue issue, but not always. Sometimes a writer just loves their character so much they put them in every scene – but that’s not the problem. The problem is usually the character doesn’t have enough to do and ends up standing around, citing witticisms or waiting for something else to happen TO them and move the story forwards that way instead.

But how to avoid this happening?

A writer told me once a screenplay is the “right mix of ordinary and extraordinary”. I thought this was a good point, since all “extraordinary” scenes could make a script hysterical in tone; also, what counts as “ordinary” in the world of your script needn’t include the really dull stuff of real life, like going to the loo (unless you want to murder your character of course, killing them in the bathroom is always good).

Anyway, I remembered this when I read somewhere (I forget where, I think it might have been a magazine, accounting for why I couldn’t find it online) that “ordinary” scenes should be up to one page long and “extraordinary” scenes should be up to three pages long. Now of course this is just a guideline and as with all guidelines should be taken with a pinch of salt, but over the years I’ve found it a useful perimeter in keeping the pace going and trying to stop it going “lumpy”. I like to decide what is “ordinary” and what is “extraordinary” (and what this means in the world of my story) about each scene in my script – and this helps me with focus. Maybe it’ll help you – maybe not. But if you’re struggling with scene focus, it might be worth a try.

How do you think we can keep our scenes “focused”?

NEXT: The Literal Versus The Universal.

3 thoughts on “Scene Focus # 1: The Ordinary Versus The Extraordinary”

previousEeeurgh, Monday
nextIn It For The Money?