In It For The Money? 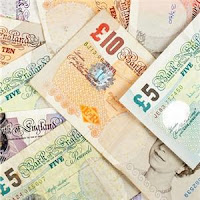 You’ve probably seen Piers’ post about using paid-for readers. If you haven’t read it, here’s a quick precis of it – don’t use them. Why? Well, you can you get feedback for free with the likes of Po3, peer review, BBC Writersroom, Triggerstreet, joining or forming writers’ groups. Also, at the heart of the matter for Piers, because paid-for readers want your custom back, is the thought you’re never going to be told you’re that bad, but you’re never going to be told you’re that good, either.

In the interest of balance, I thought I’d offer a few counter points – and not because I’m just a paid-for reader myself. I’ve been the reader *someone else* pays for, rather than the writer – in fact, for a couple of places I read for, I still am. I’ve even been the reader NO ONE pays for – writer or employer – because I’ve been the work experience girl.

Well first off: paid-for readers do want custom: of course they do. It’s their job, they have to make a living, pay the rent, feed the kids, put fuel in the car. They’re just people – no different to the writers, directors, producers, editors, or whoever else goes into this collaborative medium. Yet the notion does appear to persist that people charging for script reading services are somehow piggy-backing on more “respectable” areas of scriptwriting, trying to make a fast buck. Why are script readers’ expertise somehow worth less? Of course, there are charlatans out there. But most readers are simply scraping by, the same as everyone else. They’re certainly not getting rich and rubbing their hands with glee.

Secondly, a good reader will always advocate peer review via websites like Triggerstreet or the likes of Po3. In fact, I’d like to echo Piers’ point wholeheartedly here: why pay for feedback, when you can get it for free? What’s more, it’s a great way of making contacts and creating relationships between writers and hopefully eventually directors and producers too – bonus.

However, it’s just as important to remember not everyone looks at feedback the same way. For some writers, just getting the time to get the words down on paper is an achievement in itself due to family or work commitments: they hate the thought of peer review, of “owing” feedback to anyone – it’s added stress, so instead they prefer to pay for feedback and then it’s all done and dusted. What’s more, these busy people may just not have time to create their own writers’ group or even attend one, especially if there are children in their lives. For others, they may have had a bad experience with peer review, so would rather not bother worrying about offending anyone, or again having to “owe” anyone. For some, it’s just a case of good old fashioned personal preference: I know writers who would rather poke their eyes out than attend or form a writers’ circle (these aren’t wallflower newbies either, but highly successful writers, so it’s no good saying they *should* otherwise they won’t do well in the industry: they do.)

Targetting writers at the same level as yourself for feedback is a good tactic, but can only take you so far. Whilst a writer who works in the media and/or film industry might already have access to peers who know exactly what’s hot and what’s not, there’s just as many people who write who don’t. Sometimes these writers will want to pay for a reader who does nothing but read scripts so they can have access to what those people who already work in the industry might have for free.

What’s more, I don’t believe non-paid-for readers, those readers someone else pays for, are more objective about your script. In fact, sometimes I think they can be more prone to being judgemental and make more sweeping statements without justification because they don’t have to be accountable in the same way as a paid-for reader. With a paid-for reader, you know who they are, they have to “face” you, even if only via email and deliver what might sometimes be unpalatable news. And they do tell you things are “bad” (I prefer the term “need more work” or “development” if I’m honest) about your script.

Yes, script readers have certain biases on content or on technique – on this blog I’ve never made any secret of that: I hate rape scenes and love structure, anyone? – but guess what: those non-paid-for readers have those same biases, you just don’t know what theirs are. You also have no clue who they are, what they are like as a person and whether they’ve slated your script because it’s really “bad” – or because they were in a foul mood. Instead, all you have is a sour taste in your mouth and a feeling of impotence ‘cos you can’t even query it. With a paid-for reader, if you’re really confused about certain notes or need clairfication, you can email them and ask. A good paid-for reader will encourage this, even.

As for readers not telling you’re *that* good or *bad* though– well. I can’t speak for anyone else, but here’s what happens with me.

As anyone who has used my service knows, the very first thing I do at the start of development notes or reports is say what I like and think is working in a draft. Yes, sometimes I do have to dig deep – but I have never lied. I’ve told Bang2writers I think they are good (for what it’s worth: I am just one reader) -and with many I’ve followed their efforts on the circuit with real interest, either because they’ve started blogs or because I’ve encouraged them to keep in touch. With a small number, I’ve passed their details on to directors who have asked me to recommend someone, particularly shorts. I’ve also suggested certain scripts don’t need more feedback – but if the writer concerned wants to send me another “newer” work instead, that’s fine with me (what?? I do need to earn a crust, remember).

Piers is right about readers not telling clients they’re bad though: I would never tell someone they are a bad writer (and never have, not even when I was a non-paid-for/completely free reader).

Why? I’ve always believed this: who the hell is anyone to tell you your script is bad and you should give up writing, whether they are a paid-for reader or a non-paid-for reader? As I pose in this post, how is that helpful? Okay, we all have our opinions on who and what is “good” and “bad” – but guess what, this changes person to person. What’s more, I’ve seen writers over the years transform their scripts and even their writing styles from veritable ugly ducklings into beautiful swans – I really have! That’s one of the cool things about creativity: anything can happen. Why would anyone want to shove the lid on top of someone’s ability (or supposed lack of) and declare it’s BEYOND HOPE? It makes no sense to me.

End of the day, it boils down to this: if you’re cynical about paid-for readers, you’re best off not using them. But if you *feel* they can help you? They probably can.

previousScene Focus # 1: The Ordinary Versus The Extraordinary
nextBrain Exploding. BRB.